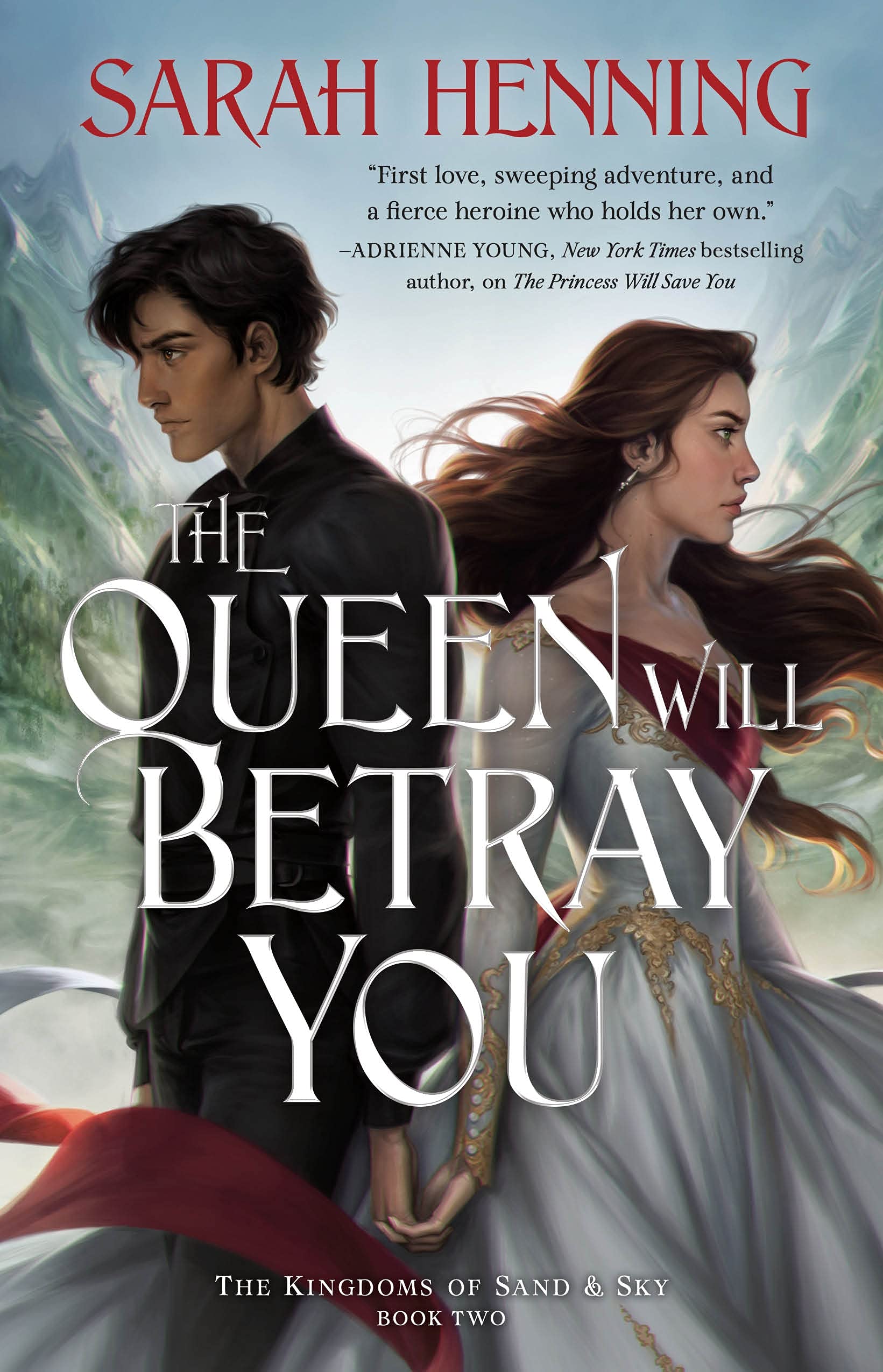 'The Queen Will Betray You' by Sarah Henning (Tor Teen)

REVIEW: ‘The Queen Will Betray You’ by Sarah Henning kept me guessing

‘The Queen Will Betray You’ by Sarah Henning sees Amarande continue her quest to have her throne and her love.

The Queen will Betray You by Sarah Henning mirrors the first book in the duology as Amarande has to escape the castle and journey to Torrence, though this time it’s to fight by Luca’s side.

To stay together forever, Princess Amarande and her stableboy love, Luca, must part: Amarande to reclaim her kingdom from usurpers, and Luca to raise a rebellion and find his destiny. Arrayed against them are all the players in the game of thrones for control over the continent of The Sand and Sky. Facing unspeakable betrayals, enemies hidden in the shadows, and insurmountable odds, their only hope is the power of true love…

Just like in The Princess Will Save You, the female characters are in the spotlight here. We get to explore the motivations behind Koldo’s, Ines’ and Geneva’s actions in depth too, as well as get some chapters from their POVs. I really appreciated the deep dive into these older female characters as that isn’t something I usually come across in YA. Despite their flaws, of which there were many, they added a lot of depth to the story.

As for the younger female characters, Ula continues to stand out at every turn, which is something the story heavily emphasizes. Even though she’s a secondary character, I’d argue that she’s as central to the plot as Amarande is. Unfortunately, we don’t get to see as much of Osana as I would have liked. She often becomes lost in the plot given the number of players, making her story arc feel rushed.

When it comes to the main characters, I didn’t notice much of a change. Amarande remains as headstrong as ever. She takes every chance she can to regain what is rightfully hers despite the obstacles. While I enjoyed her character, I would have liked to see more out of her in terms of personal growth, especially in regards to her feelings towards Sendoa. Luca’s character also avoids significant change. After accepting his role as the lost prince and de facto leader of the rebellion, he still risks it all for Amarande.

Despite the backstage politics, this duology is first and foremost a love story. Henning does her best to reconcile the two, but it does fall short at times, with one obscuring the other. Then there’s the feminist aspect of the book. I enjoyed that aspect of it in the first book, but it did get tedious at times in this one. Henning’s readers know that Amarande and the other female characters are out to bring down the patriarchy, they don’t need to be reminded every other chapter. The monologues about it dragged down the plot at times in a story where a lot centers on traveling.

The pacing of the book could have been better. The first part details the journeys of several groups as plot lines converge, but it felt repetitive since this is how The Princess will Save You also began. The action scenes remain excellent, but I feel Henning could have tightened things up here and there.

I also really liked what Henning did with the title of this novel. While it is still Amarande’s story, the title reflects the actions of a different female character. Given the abundance of female characters in leading roles, Henning had me guessing which one would be the betrayer until the very end.

Finally a word on Taillefer. A minor character in the first book, he gains center stage for much of this one. I, like Amarande, was surprised to see him at first but he did grow on me as the murder-prone sidekick. His actions are never justified, though some are explained, and we truly get to see an expansive character arc when it comes to him. All through to the end, he’s the character that impressed me the most and the one that kept me on my toes.

Overall I enjoyed The Queen will Betray You by Sarah Henning, as well as the duology as a whole. It was delightful to read despite the darker moments and slight flaws. If you want a book that turns well-cemented tropes on their heads, this is the one for you!