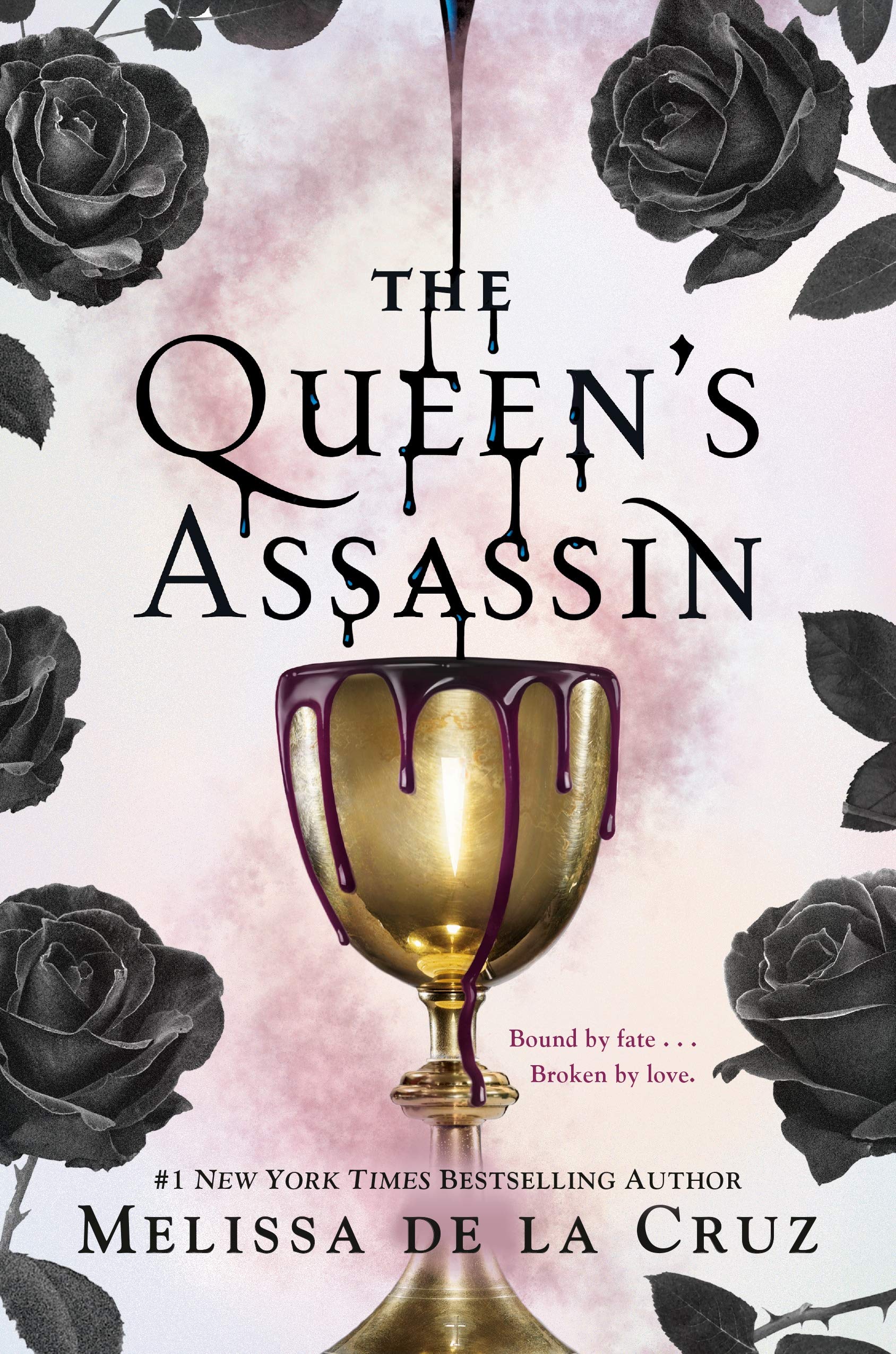 In this new fantasy series, The Queen’s Assassin by Melissa De La Cruz reminded me of the pitfalls of early YA novels.

Caledon Holt is the Kingdom of Renovia’s deadliest weapon. No one alive can best him in brawn or brains, which is why he’s the Guild’s most dangerous member and the Queen’s one and only assassin. He’s also bound to the Queen by an impossible vow — to find the missing Deian Scrolls, the fount of all magical history and knowledge, stolen years ago by a nefarious sect called the Aphrasians.

Shadow has been training all her life to follow in the footsteps of her mother and aunts — to become skilled enough to join the ranks of the Guild. Though magic has been forbidden since the Aphrasian uprising, Shadow has been learning to control her powers in secret, hoping that one day she’ll become an assassin as feared and revered as Caledon Holt.

When a surprise attack brings Shadow and Cal together, they’re forced to team up as assassin and apprentice to hunt down a new sinister threat to Renovia. But as Cal and Shadow grow closer, they’ll uncover a shocking web of lies and secrets that may destroy everything they hold dear. With war on the horizon and true love at risk, they’ll stop at nothing to protect each other and their kingdom in this stunning first novel in the Queen’s Secret series.

The Queen’s Assassin by Melissa De La Cruz opens up with the history of Renovia in the form of a journal entry, then the prologue sets up the plot. Both of these are well written, and I was very interested in what would follow.

With the first chapter, however, the novel begins to lose structure and integrity in several important ways, one of which being the writing. It’s entirely too descriptive, which slows down the pace and adds details that have little to no bearing on the story itself. It’s also particularly jarring to switch between 1st person and 3rd person POVs which made it hard to immerse myself in the book.

Shadow comes off as a Mary Sue whereas Cal is The Brooding Hero, and the little chemistry between them made following their romance boring. The twist at the end was both predictable and not as clever as it was trying to be.

The best thing about the novel is the inclusion of secondary lgbt+ characters, without making their sexuality the center of their story arc. Since Shadow’s aunts are her guardians, their relationship is never explicitly mentioned. While the second couple is more explicit, they only appear for a few scenes. It was refreshing to have lgbt+ characters treated so casually, and I appreciated the gender-neutral terms used by the second couple.

I’ve enjoyed Melissa De La Cruz’s books in the past, and her writing style. I don’t believe this book does her credit.

The Queen’s Assassin by Melissa De La Cruz contains tropes YA left behind in the early 2010s, with few shining aspects sprinkled throughout.