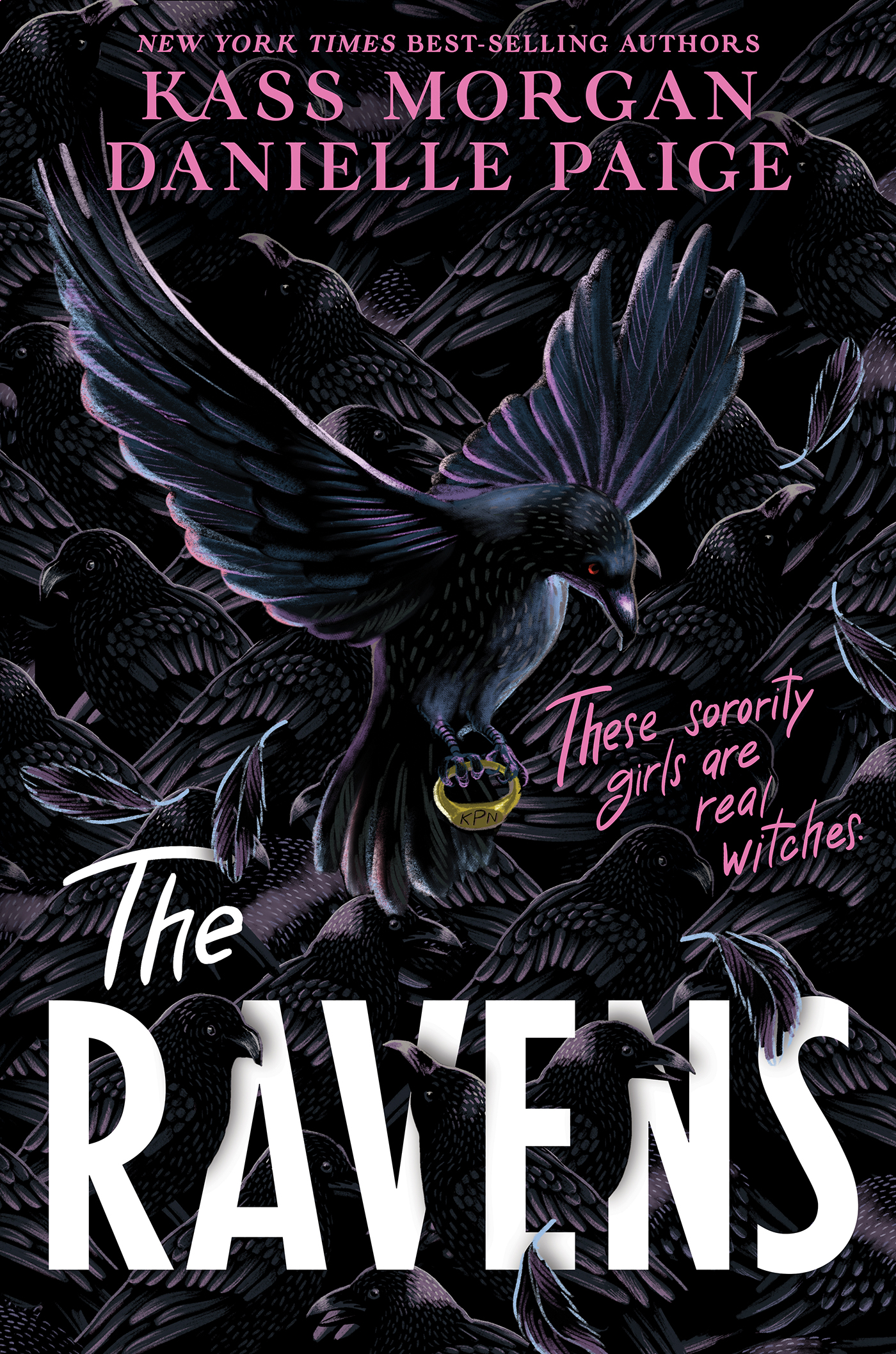 REVIEW: ‘The Ravens’ by Kass Morgan and Danielle Paige is a fun, familiar experience

Filled with exciting twists and turns, ‘The Ravens’ is pure entertainment — but it borders on being a guilty read

The Ravens has one too many clichés, but it makes up for it with an intoxicating atmosphere and a thrilling plot.

Scarlett Winter has always known she’s a witch—and she’s determined to be the sorority’s president, just like her mother and sister before her. But if a painful secret from her past ever comes to light, she could lose absolutely everything . . .

Vivi Devereaux has no idea she’s a witch and she’s never lived in one place long enough to make a friend. So when she gets a coveted bid to pledge the Ravens, she vows to do whatever it takes to be part of the magical sisterhood. The only thing standing in her way is Scarlett, who doesn’t think Vivi is Ravens material.

But when a dark power rises on campus, the girls will have to put their rivalry aside to save their fellow sisters. Someone has discovered the Ravens’ secret. And that someone will do anything to see these witches burn . . .

When I saw YA veterans Kass Morgan and Danielle Paige were teaming up for a dark, witchy contemporary fantasy, I knew something great was in the works. And, for the most part, I was happy to see most of my expectations fulfilled. While The Ravens might not be the most groundbreaking novel of the year — nor the most unique — it still succeeded in being a successful piece of entertainment.

Set almost entirely on a college campus, The Ravens is the type of older YA I’ve been dying for. Its main characters, Scarlett and Vivi, are both college students on the brink of adulthood, which opens the doors for the authors to make things a little darker — but not by too far. Despite the mature setting, fans of the genre shouldn’t find the novel too unfamiliar. Both girls struggle with the same things as most YA heroines: romantic troubles, friendship issues, parental pressures and more.

I’ll admit, this is where I wish The Ravens would’ve done something entirely unexpected. With a college environment and older characters, I know the novel could’ve pushed the boundaries a little more and flipped the script. Instead, most of the side plots — particularly concerning the romance arcs — felt no different to a dozen previous YA novels and did little to make the story feel “fresh.”

Thankfully, the main plot was compelling enough to turn those clichés into nothing more than a minor complaint.

Morgan and Paige’s writing abilities are more than proven through the sense of atmosphere dripping off each page, and the third-person POV lent beautifully to their technique. Every scene felt incredibly cinematic — I can see the novel being easily adapted into a script based on that alone. However, this came at a cost. Because of the detached POV, Scarlett and Vivi weren’t always as compelling as I would’ve liked; at times, they felt interchangeable. Fortunately, their character development did begin to shine towards the latter end of the novel.

More than anything else, it was the plot that kept me pushing through chapter after chapter. Every event felt designed to propel the story forward without a hint of filler. Each side character introduced was pleasantly well-developed and added fun moments to the story. The mystery at the core of it all is a familiar one, but something about the magic-drenched world I was plunged into made it feel brand-new. Topped off with delightfully unpredictable twists and turns, I’d call The Ravens one of those rare addictive reads that nag at your brain until you’ve finally finished it.

It all leads down to one explosive finale that wraps up the story with as much excitement and shock as you’d expect from a YA novel of this caliber — and it does so near flawlessly.

While it’s bogged down by the overused cliché or two, The Ravens can still stand on its own as an enjoyable read perfect for anyone who craves a touch of darkness in their YA novels. Ultimately, it’s a story about the power of sisterhood, the fortitude of women and the power of acceptance.

For that reason alone, I hope more people give it a chance.

Readers sick of YA clichés might choose to ignore The Ravens, but the novel still has a lot to offer.