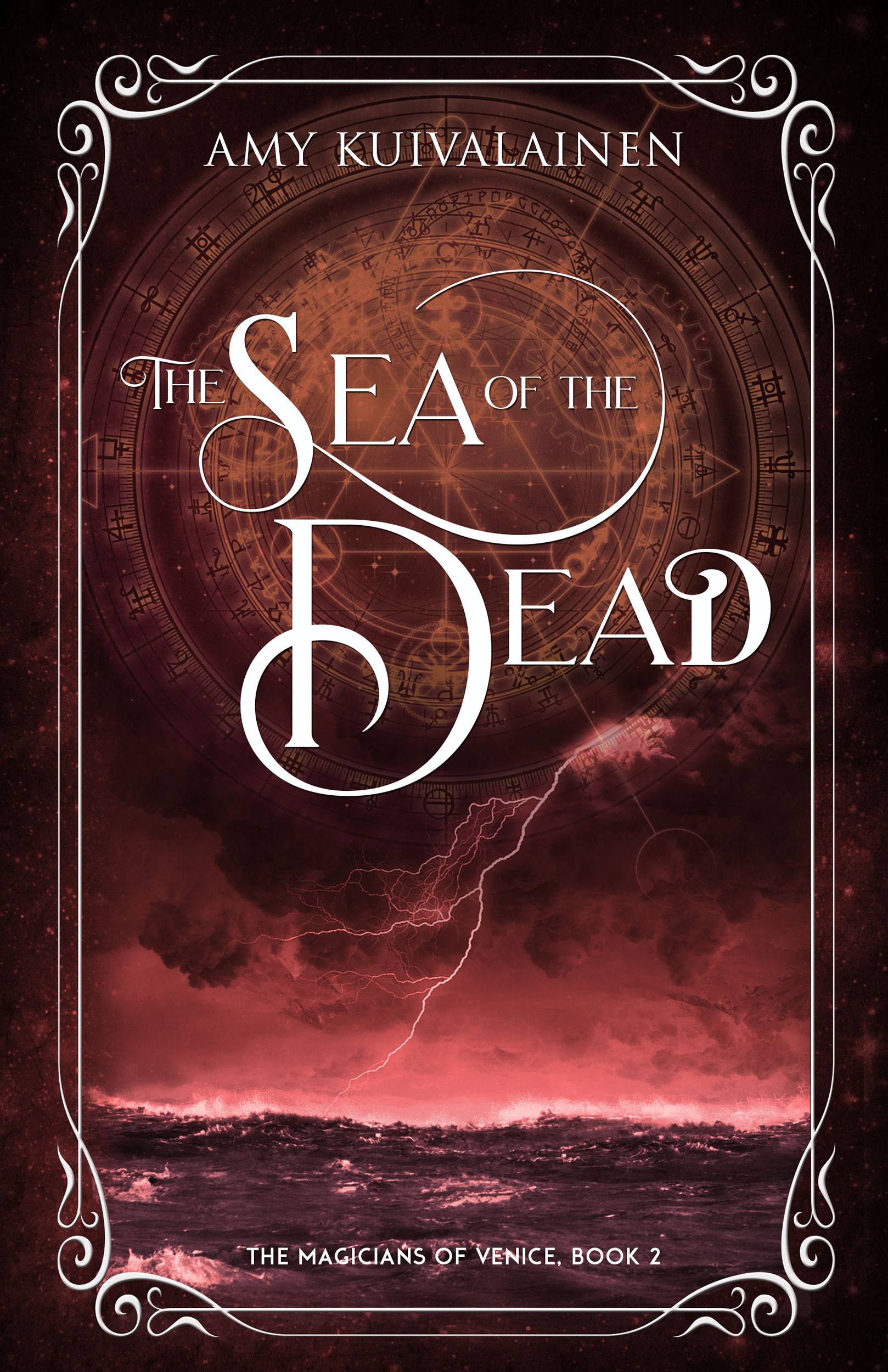 'Sea of the Dead' by Amy Kuivalainen (BHC Press)

REVIEW: ‘The Sea of the Dead’ by Amy Kuivalainen allows the characters to shine

The Sea of the Dead by Amy Kuivalainen picks up a few weeks after The Immortal City left off, but this time in Israel. The story begins once Penelope takes off with the other Atlanteans and her friend Caroline.

The battle for Venice might be over, but the war is just beginning… Penelope’s and Alexis’s adventure continues in the second instalment of The Magicians of Venice series.

Penelope has accepted her role as the new Archivist for the magicians, but with war brewing with the priests of Thevetat and the tide of magic on the rise, she’s going to have to learn her way around her new and dangerous world if she has any hope of outsmarting their enemies.

When Penelope’s friend and fellow archaeologist, Tim, uncovers a scroll containing a magical secret lost in the Dead Sea for two thousand years, Penelope and Alexis must travel to Israel to find him before Abaddon and Kreios get there first.

To defeat Thevetat and his followers, they’ll need to find a weapon capable of ending him for good, and as her old life collides with her new, Penelope will pay the ultimate price to keep the secrets of the magicians safe.

Kuivalainen’s cast of characters continues to be entertaining. This book allows the Atlanteans to come together as a family since there are more scenes of them interacting beyond the needs of the plot.

Penelope remains headstrong but she does take a few steps back to evaluate her actions and come up with a plan that involves the others. Meanwhile, Alexis is less reserved as his drive to protect Penelope increases. As such, I find they balance each other out well as a couple.

There are a couple of things with the characters that I wasn’t a fan of. The first was Tim’s whole character. When Tim is described by others, he’s always an excellent archaeologist who follows the rules, and who’s passion for his subject is borderline obsessive. However, this isn’t what comes through in practice. Rather he’s reckless and little better than a treasure hunter who’s been handed an academic pass.

The second was how Penelope’s pre-existing friendships were handled. Within a few weeks, Penelope’s oldest friends become irrelevant in her story. Surrounding herself with just the Atlanteans isolates her character and leaves her with little outside support.

The world continues to be fascinating, though. Kuivalainen weaves the Atlanteans through our history, through flashbacks, stories and historical items that show up throughout the text. She gives the group a solid backstory without it being info-dumped onto the reader.

In terms of plot, The Sea of the Dead is fast paced, with plenty of action as well as quieter moments. It’s never overwhelming and I enjoyed my reading of it. I was especially surprised by one of the plot twists. I didn’t see it coming but, in retrospect, it fits into the story very well. However, the plot structure lacks certain elements that would allow the book to stand on its own. The Sea of the Dead constantly builds towards big moments without having one overarching climax so it felt like the book was cut short. Even though this is the middle book in a trilogy, I believe it could have had its own big final scene, the way the first book did.

Overall, I enjoyed Amy Kuivalainen’s The Sea of the Dead. Despite its flaws, it’s a good sequel as well as a good set up for the final book.

Editor’s note: While categorised as a YA novel, The Sea of the Dead is for older readers due to sexual scenes and strong language.