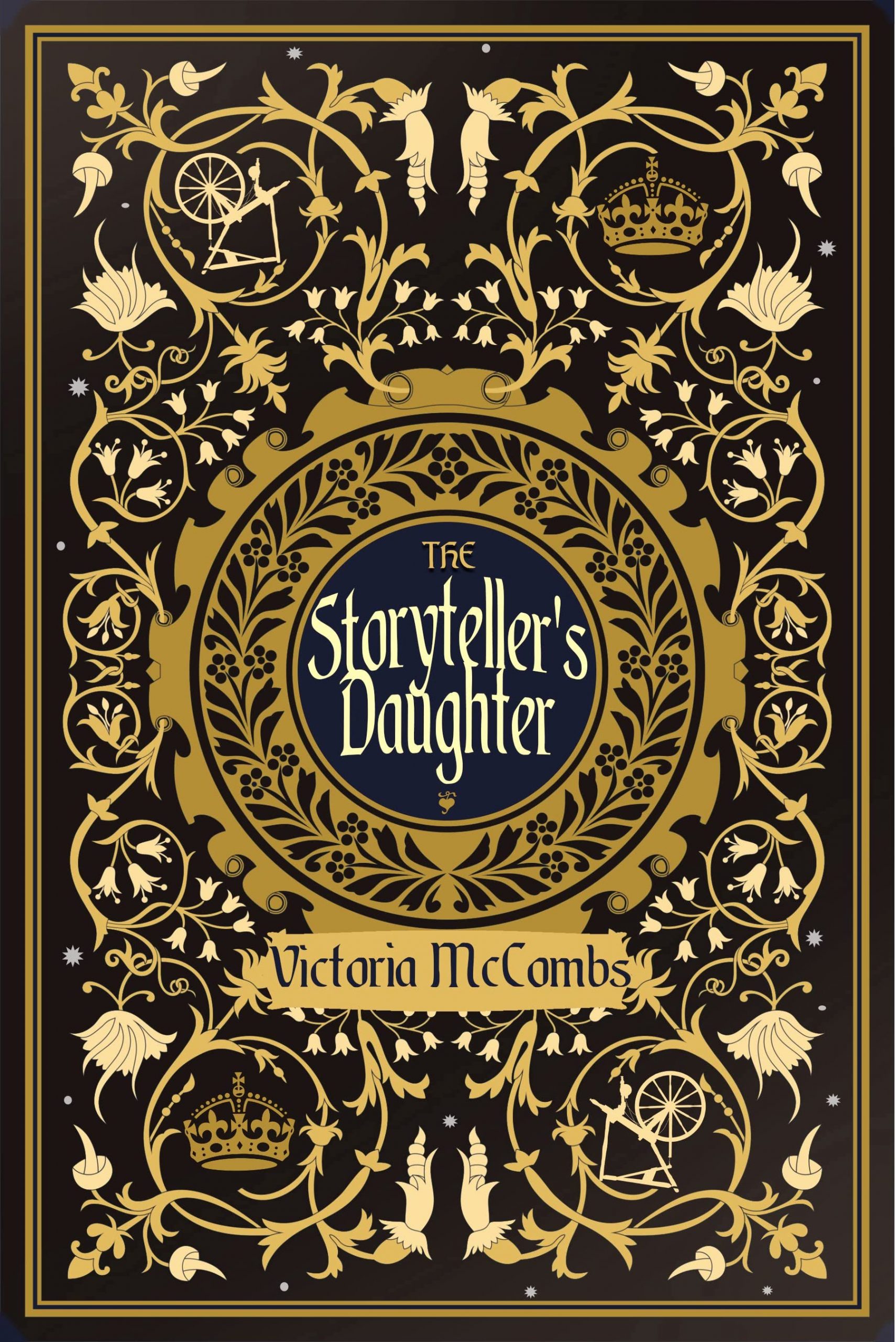 REVIEW: ‘The Storyteller’s Daughter’ by Victoria McCombs is a perfectly adequate reimagined fairytale

It’s not spun gold, but McCombs’ debut novel is a comforting enough read for fans of happily-ever-afters.

The Storyteller’s Daughter tells the story of Cosette, an unremarkable village girl in a kingdom filled with magic, who finds herself at the mercy of a king.

His shadowed face lit by flames, Rumpelstiltskin is my name…

For as long as anyone can remember, every child in Westfallen has been born with a Gift, and these Gifts defined them.

Then Cosette is born, Giftless.

An attempt to hide her misfortune brings her before the King, who entraps her to use her Gift as a pawn in his war.

Caught in a lie, Cosette desperately searches for a power strong enough to free her. Intrigued by whispers of an old king and a dark curse, she calls upon Rumpelstiltskin and finds him trapped in a magic deeper than she bargained for. Now, Cosette must fight to reclaim her freedom from the King and break Rumpel’s curse. When time runs out, she’ll lose more than her heart. She’ll lose her life.

Revamped fairytales have been particularly popular in the past twenty years, either creating their own lore (Gail Carson Levine’s Ella Enchanted) or refreshing well-trodden roads (Marissa Meyer’s Cinder). The Storyteller’s Daughter, while not deviating too much from the original plot, manages to create something sweet, if a bit plain.

Whether it’s turning apples into peaches, or telling a really convincing story, every person in the kingdom of Westfallen has a bit of magical power. Except Cosette.

She’s a bit aimless in life, content to work as a seamstress and provide for her family, but as it often goes in novels, a misunderstanding lands her in hot water. As the fairytale goes, she’s taken from her town, locked in a room by an old king, and ordered to spin straw into gold.

In this version of the story, however, Rumpelstiltskin is the romantic interest, not the antagonist. He casts a much more sympathetic shadow than other modern Rumpelstiltskin depictions (think ‘Once Upon a Time’), but is ultimately a bit boring because of it.

Though A Storyteller’s Daughter is woven together with an interesting plot and a sweet romance at its core, it doesn’t quite manage to capture the magic its characters have.

The writing is mostly telling and rarely showing, without the real spice of quick and fluid dialogue. This is understandable, considering this is McCombs’ first novel. However, it has the unfortunate downside of making Cosette come off as, in the words of her hometown boyfriend, simple.

Because the writing doesn’t reach that next level, all of the characters suffer from a lack of real depth. The entire novel is spent in Cosette’s head, but most of what you know about her comes from what she tells you, or what others tell her she is. For a novel with such an interesting and intriguingly dark origin tale, it feels almost sanitized.

The ending, falling in line with the rest of the novel, wraps itself up in a neat little bow. It felt a little rushed, and ultimately doesn’t escape the rote aspects of the preceding chapters.

If you’re a fan of Rumpelstiltskin and other villainous fairytale figures, and want an enjoyable diversion for the weekend, The Storyteller’s Daughter is a great choice. However, if you’re looking for something with enough grit and gravitas to rival the artistry of the book cover itself, you might be left with straw instead of gold.

A fable that falls short