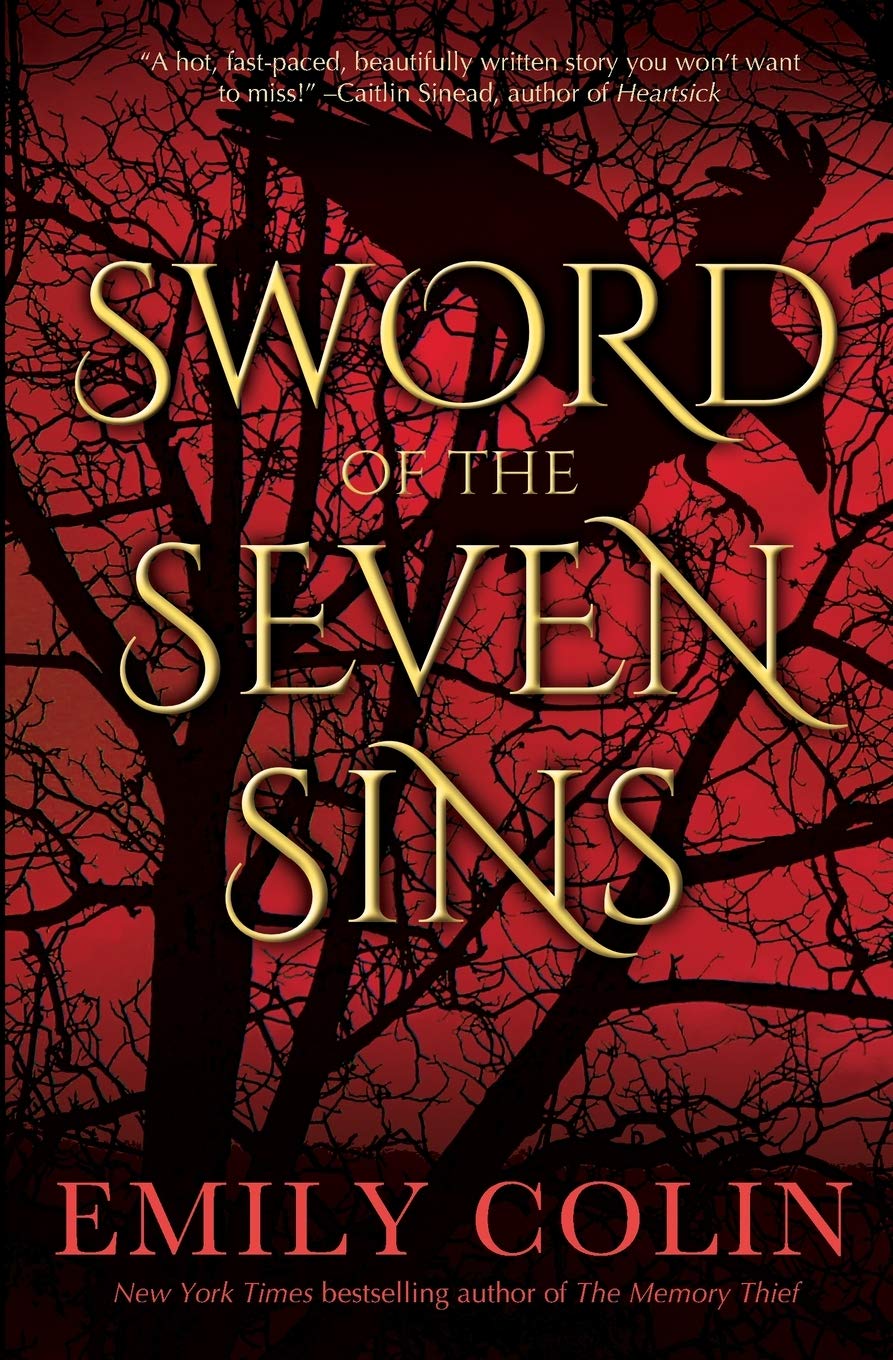 REVIEW: ‘Sword of Seven Sins’ by Emily Colin is a character driven dystopian

‘Sword of Seven Sins’ by Emily Colin builds an interesting dystopia where everything rests on the love between teenagers.

In the world of Sword of Seven Sins by Emily Colin, love is a crime. Eva and Ari grow up in a world where the seven sins are outlawed while their corresponding virtues have become the pillars of society.

Eva Marteinn never wanted to be a killer.

Raised in the Commonwealth, where citizens live and die by the code of the Seven Sins, Eva is sickened by the barbaric punishments the High Priests inflict. She sees the Bellators of Light, the Commonwealth’s executioners, as no more than conscienceless killers.

When she’s Chosen as the first female bellator — and can’t refuse, on threat of exile or disgrace — Eva is devastated. But she turns out to be inordinately gifted at the very role she abhors…no thanks to her mentor, Ari Westergaard, who alternates between ignoring her and challenging her to impossible tests.

Ari’s indifference conceals a dangerous secret: he’s loved Eva since they were children. When Eva falls for Ari too, she knows they should do anything to avoid each other. Love is forbidden. Lust is a death sentence. But as mentor and apprentice, they’re bound by the blood oath they swore the day of Eva’s Choosing.

Balanced on a razor’s edge of desire and betrayal, the two uncover a secret that could overturn the Commonwealth itself. Now Eva must make an impossible choice: turn her back on Ari, and remain loyal to the only home she’s ever known — or risk everything on the slim hope of freedom, and stake her life on the boy she’s come to love.

Sword of Seven Sins throws the reader into the thick of it when it opens up with a 10-year-old Eva heading an execution.

Despite the constant brainwashing, Eva’s grown up to be wary of the way her society suppresses individuality, and this comes out in small actions that culminate in her breaking away from the Bellators. The scenes we get of her growing up help solidify her character in present time. The same can be said for Ari, as his experiences have fostered his rebellious spirit.

The way these two came together was fitting. Ari’s been interested in Eva since he first saw her, while the thought of attraction doesn’t even cross Eva’s mind until he takes the first step. Specifically, the first real moment they share together shapes how the rest of the romance develops. The fact that Ari comforts Eva during that scene, combined with the fact that it’s something forbidden, really lays the groundwork for their feelings to take off without falling into a badly executed insta-love trope.

From there, their relationship develops at lightning speed both because they’re teenagers and because they discover new, forbidden, sensations. I especially liked their first duel once the romance took off: it was a trope very well executed.

The world-building is equally well-done. Emily Colin immerses the reader into a bleak society that’s outlawed everything that marks our individuality. The Commonwealth allows for no ties, even familial ones. Children are created in a lab, raised together without knowing whether they have family, and are discouraged from forming friendships. The Commonwealth demands allegiance to the system above all. This lack comes through in the almost mechanical way the protagonists think of others, but more particularly when they meet the rebels who reject this lifestyle.

Another aspect of the world I liked was the specific consequences that led to the collapse and restructuring of society. Rather than detailing increasingly destructive scenarios, Colin picks out individual events that led to these specific rules forming.

Overall the writing is good. Colin’s prose is easy to read, if a little bleak to reflect her world. The dual POV allows readers to explore Eva and Ari in depth, while the varying chapter length enhances the novel’s suspense.

I found the pacing was uneven at times. Specifically, the introduction of the rebels felt rushed. Some events happen too fast, while others take place too late to have a lasting impact. The pace does even out once Ari and Eva meet the rebels, with the momentum building alongside the plot.

Sword of Seven Sins by Emily Colin offers a new take on the dystopian genre. Her characters push the plot forward, while her writing immerses the reader in a rigid world on the brink of change.