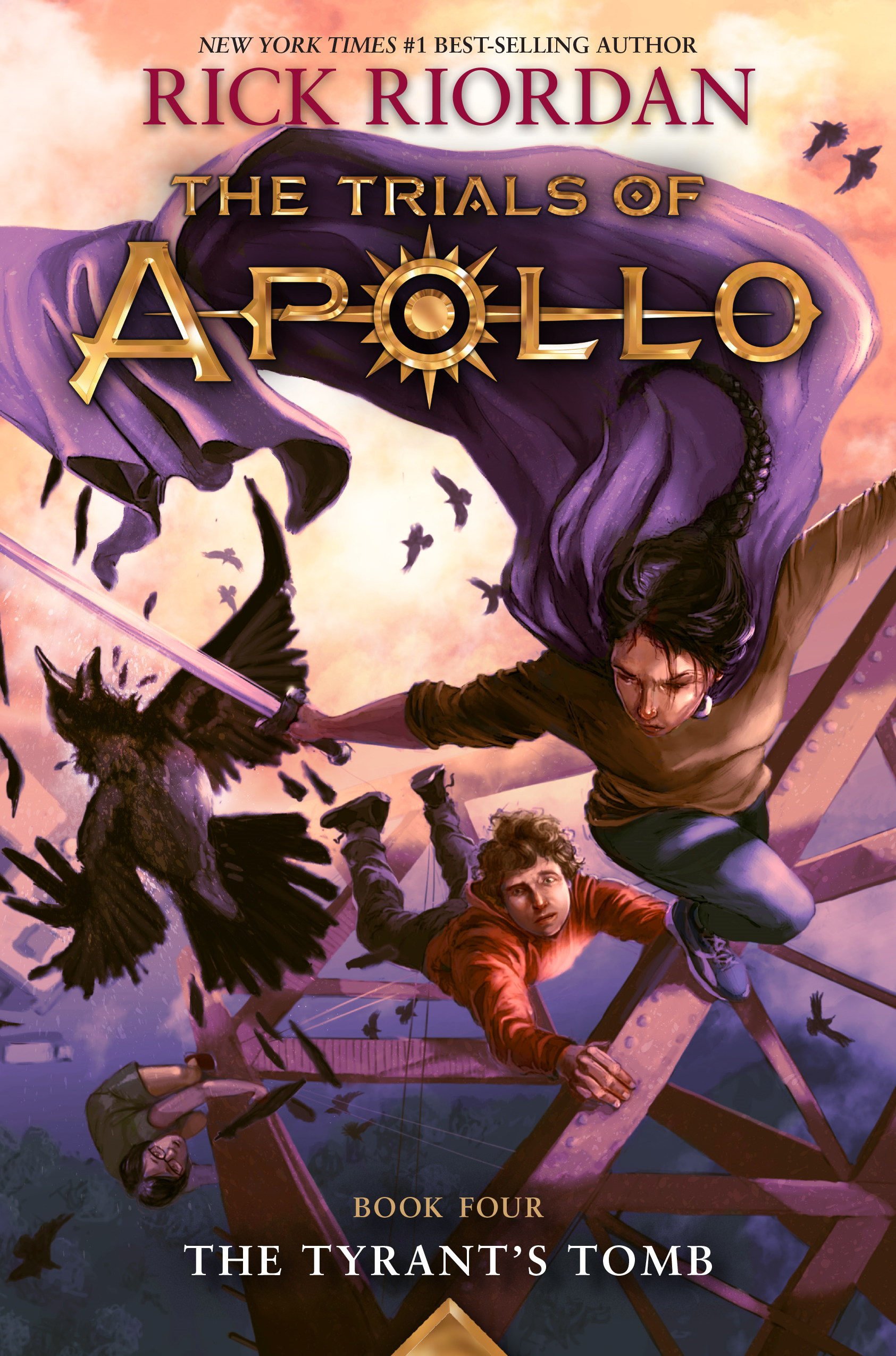 REVIEW: The Tyrant’s Tomb by Rick Riordan is a roller-coaster of a book

The fourth book in Riordan’s ‘The Trials of Apollo’ will leave you breathless and begging for more!

The Tyrant’s Tomb by Rick Riordan is an excellent reminder that even gods can be humbled through both heart-wrenching and hilarious situations.

In his penultimate adventure, a devastated but determined Apollo travels to Camp Jupiter, where he must learn what it is to be a hero, or die trying.

It’s not easy being Apollo, especially when you’ve been turned into a human and banished from Olympus. On his path to restoring five ancient oracles and reclaiming his godly powers, Apollo (aka Lester Papadopoulos) has faced both triumphs and tragedies. Now his journey takes him to Camp Jupiter in the San Francisco Bay Area, where the Roman demigods are preparing for a desperate last stand against the evil Triumvirate of Roman emperors. Hazel, Reyna, Frank, Tyson, Ella, and many other old friends will need Apollo’s aid to survive the onslaught. Unfortunately, the answer to their salvation lies in the forgotten tomb of a Roman ruler . . . someone even worse than the emperors Apollo has already faced.

The Tyrant’s Tomb opens with a somber note. After the last book’s events, Apollo and Meg have made their way to Camp Jupiter with Jason’s body. The funeral that follows sets the tone — there’s a growing darkness that hangs over the characters, adding complexity to the whole story. This particularly affects Apollo, whose character growth is more obvious than ever when he is confronted with his past mistakes and does everything he can to make amends.

Apollo’s newly found empathy also extends to his relationships with the people around him. He and Meg are both more friendly towards each other. He’s grown beyond seeing her as his master and instead sees her as a younger sister. This more mature character growth applies to other characters as well. Frank, particularly, really comes into his own as Praetor in this book.

However it’s not all doom and gloom. When it comes to the side characters, Reyna brings a surprising moment of levity that also allows her character to grow right at the book’s climax. Other favourites Riordan brings back are Terminus the Statue, the Hunters of Artemis and Diana herself. These balance out the book and make it a very enjoyable read.

Following the classic Riordan model of the main quest happening in a very short time period, The Tyrant’s Tomb takes place over four days, making it fast-paced and incredibly engaging. The opening of the book captures the reader’s attention and doesn’t let go as the stakes get higher with every new situation Meg and Apollo crash land in (sometimes literally). This time, the duo have to face several challenges as well as a new Roman ruler hellbent on destroying everything they stand for.

One final thing to note is the easy LGBT+ representation that appears throughout. As with the previous books, Apollo is a raging bisexual and we get glimpses of several of his past relationships through flashbacks. Between him, Lavinia and the others there’s plenty to relate to, no matter your identity.

The Tyrant’s Tomb by Rick Riordan showcases the growth his characters have gone through over the past three books in a compelling way which has me more excited than ever for the final book!

Rick Riordan’s lovable characters go through hell in The Tyrant’s Tomb and come out stronger (and more lovable) than ever before.