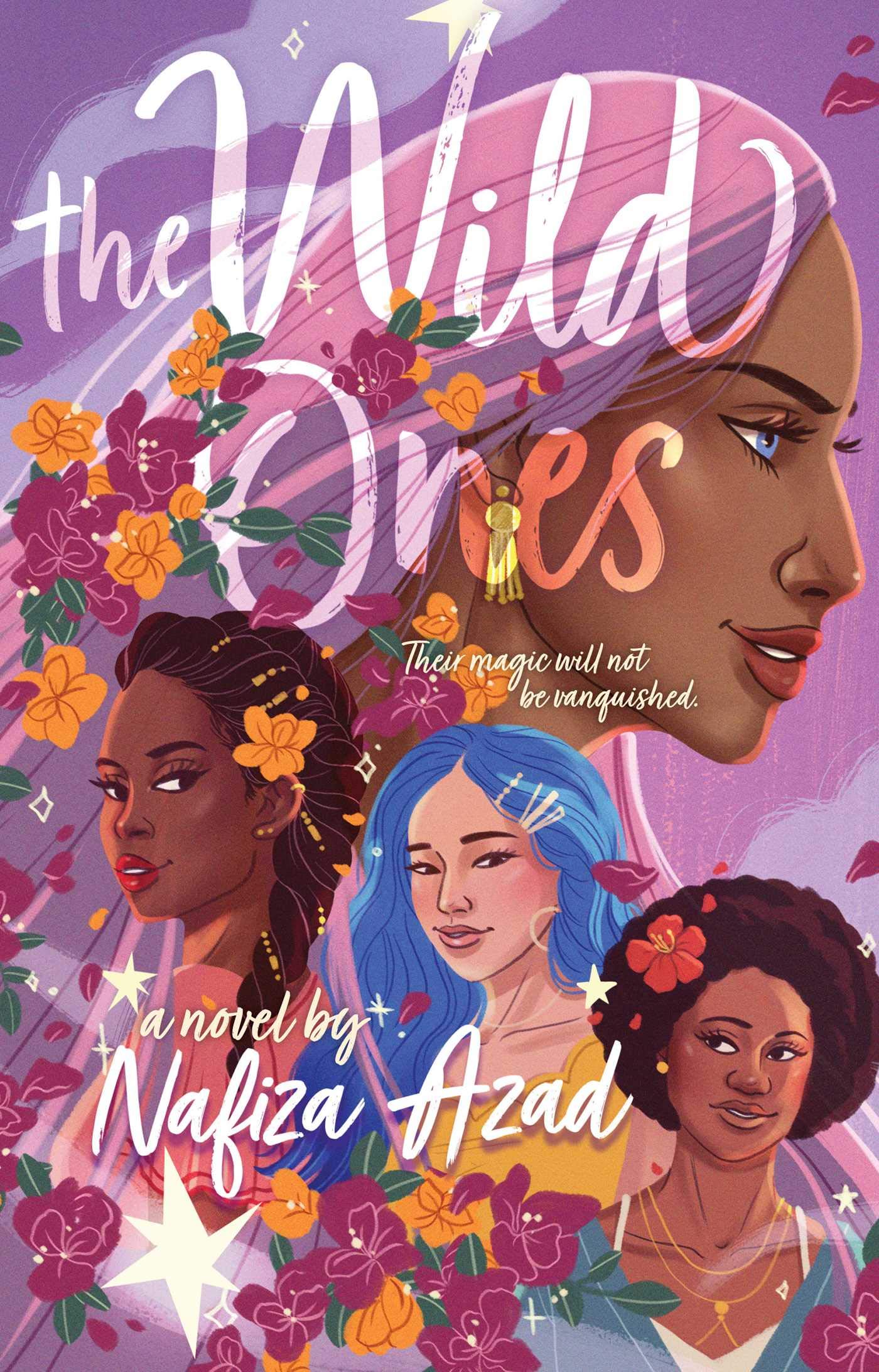 'The Wild Ones' by Nafiza Azad (Margaret K. McElderry Books)

REVIEW: ‘The Wild Ones’ by Nafiza Azad proves you can be the hero of your own story

‘The Wild Ones’ is a lyrical story that embraces self-love and sisterhood.

If I were to use one word to best describe this story then it would be hopeful. This is a story about a group of girls who refuse to let the world tell them who they should be.

Meet the Wild Ones: girls who have been hurt, abandoned, and betrayed all their lives. It all began with Paheli, who was once betrayed by her mother and sold to a man in exchange for a favor. When Paheli escapes, she runs headlong into a boy with stars in his eyes. This boy, as battered as she is, tosses Paheli a box of stars before disappearing.

With the stars, Paheli gains access to the Between, a place of pure magic and mystery. Now, Paheli collects girls like herself and these Wild Ones use their magic to travel the world, helping the hopeless and saving others from the fates they suffered.

Then Paheli and the Wild Ones learn that the boy who gave them the stars, Taraana, is in danger. He’s on the run from powerful forces within the world of magic. But if Taraana is no longer safe and free, neither are the Wild Ones. And that…is a fate the Wild Ones refuse to accept. Ever again.

This story begins with a girl named Paheli. A girl who wants nothing but to be loved by her mother and to feel safe in her home. When her mother betrays her, Paheli runs as fast as she can and bumps into a magical boy. The boy with stars in his eyes named Taraana tosses her a box of stars and disappears from her life for what feels like forever. Until the day he needs her help.

Since the day she last saw Taraana, Paheli has stayed busy. The stars that Taraana tossed to her give off magic of their own and are the key to a magical world named the Between. Using her newfound magic, Paheli uses the stars to find other girls who have suffered loss just like she has.

The girls that she finds have been beaten, abandoned, and torn apart by their surroundings. Paheli gives each person she finds hope again through the same magic that was given to her. She lets them have the choice to be someone they want to be. This is how the Wild Ones was formed. They’re a stunning group of girls who come together and bonded over their hardships. They live their lives protecting themselves and others just like them.

I’ll admit that this story was, at times, hard to understand. The writing style is one that I wasn’t familiar with and the poetic lines weren’t ones I could always fully grasp. There are a lot of characters in this story and getting to know each of them besides Paheli was difficult because we aren’t given the time to be acquainted with each of them. I’m not sure if this was done on purpose or not, but I can understand why some readers might be put off by this structure.

Paheli is the most prominent character in the story. She’s the easiest for readers to relate to. As for me, I really enjoyed her and everything her character stood for. She was brave and hopeful for a better world for herself and every girl. Paheli’s heart showed that this world could take away everything from you, but if you hold on to the little slice of hope that makes us human then you can change your future for the better.

I honestly loved all of the girls and their story even if it was hard to keep up. The plot jumps around a lot and there are memories shared from each girl that ultimately ties the entire story together. At the time of reading their memories, there are moments when it doesn’t always add up. However I don’t think that should take away from the fact that each girl represents a different struggle that someone has or is facing.

The Wild Ones are tasked with protecting and helping Taraana as he runs from a villain ready to destroy him. Seeing the strength the girls have on their own and especially when they were together melted my heart. The bond shared between them was unbreakable. It’s so awesome to see when they come together! For that alone, I think readers should give this book a chance.

There are a lot of elements of this book that I didn’t necessarily enjoy and the writing wasn’t a style I would prefer, but overall I did enjoy the story. The hope and empowerment especially for young girls of color is something special. If you’re a fan of poetry or fantasy then I think you should definitely pick The Wild Ones up!