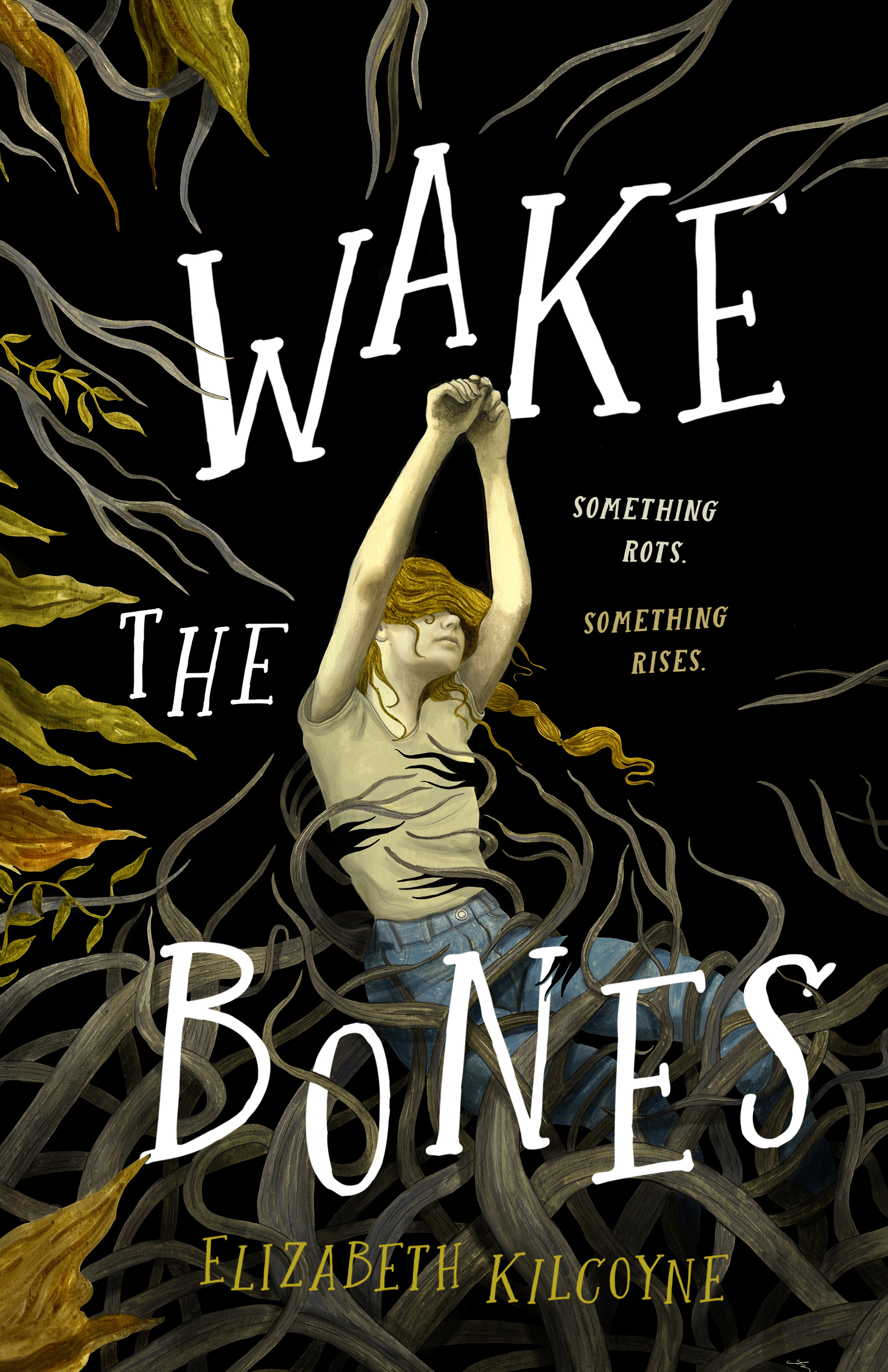 REVIEW: ‘Wake the Bones’ by Elizabeth Kilcoyne reminds me of a horror film

‘Wake the Bones’ is a good way to get into reading horror.

There is something about Wake the Bones that is so perfectly atmospheric, you really feel as though you are walking the story with Laurel.

The sleepy little farm that Laurel Early grew up on has awakened. The woods are shifting, the soil is dead under her hands, and her bone pile just stood up and walked away.

After dropping out of college, all she wanted was to resume her life as a tobacco hand and taxidermist and try not to think about the boy she can’t help but love. Instead, a devil from her past has returned to court her, as he did her late mother years earlier. Now, Laurel must unravel her mother’s terrifying legacy and tap into her own innate magic before her future and the fate of everyone she loves is doomed.

My main take away from Wake the Bones is how much like a horror film it feels. From the slow build-up to the bizarre folkloric monsters that appear, I could see each page scene-for-scene in my head. As much as the horror film-feel did wonders for the novel, it also let it down in not being quite as well done as I’d hoped. The eerie atmosphere quickly gave way to things that fell short of being truly scary, with some disjointed writing adding a level of confusion.

Nevertheless, Elizabeth Kilcoyne does an excellent job of writing an atmosphere bursting with creepiness and sweltering American summers. Despite never visiting the US, Kilcoyne brought the setting to life. The tobacco fields of the Early’s farm, Christine’s trailer and even Garrett’s truck were written as though lived in and very vivid indeed.

The plot of the novel was somewhat basic, and yet somehow too complicated all at the same time. Laurel is introduced as being able to read bones: she can touch a bone and see the last moments of its owner’s life. This unique trait, along with a penchant for taxidermy, makes Laurel Early an intriguing character. But this mystery is overshadowed when Laurel realises there is much more magic she doesn’t know, and desperately needs to in order to save herself and her loved ones.

This is where the confusion comes in. Laurel doesn’t really understand how to work magic, so neither do we. The act of casting spells is left, for the most part, to be rather mysterious and I only found this frustrating. It suggested a certain lack of detail that was disappointing given the quality of other aspects of the novel.

Wake the Bones is an enjoyable YA horror, that won’t offer too many nightmares. Many elements are very well written and the characters are all enjoyable for all their quirks, downfalls, and sweet spots. I do recommend this as a fun foray into the horror genre.