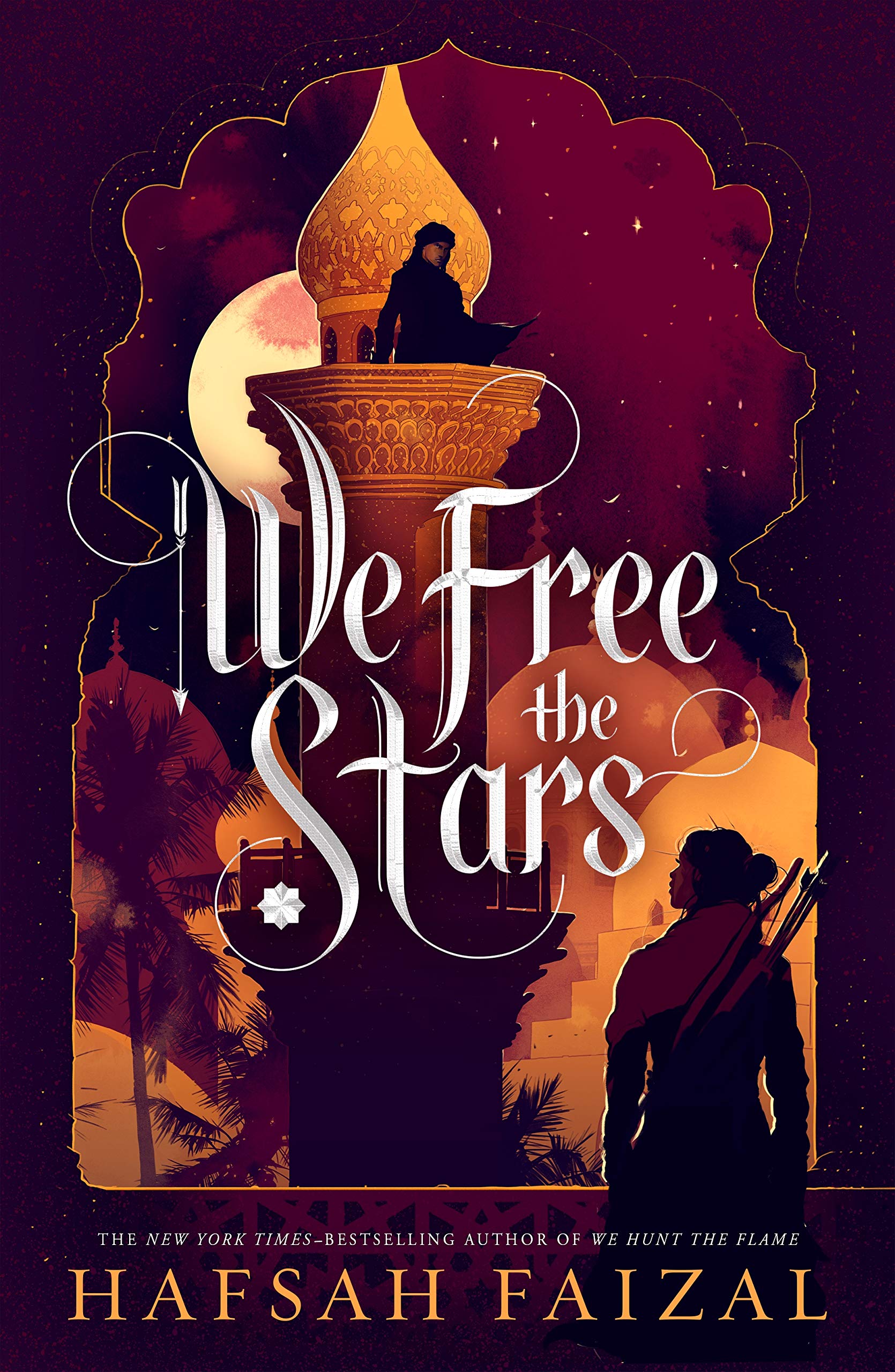 'We Free the Stars' by Hafsah Faizal (Farrar, Straus and Giroux)

REVIEW: ‘We Free the Stars’ by Hafsah Faizal is an emotional rollercoaster

Hafsah Faizal will send readers on a heart-wrenching adventure in this epic conclusion to the Sands of Arawiya series.

With their survival rate slim to none, Zafira and the others are still determined to do everything in their power to return magic to all of Arawiya.

The battle on Sharr is over. The dark forest has fallen. Altair may be captive, but Zafira, Nasir, and Kifah are bound for Sultan’s Keep, determined to finish the plan he set in motion: restoring the hearts of the Sisters of Old to the minarets of each caliphate, and finally returning magic to all of Arawiya. But they are low on resources and allies alike, and the kingdom teems with fear of the Lion of the Night’s return.

As the zumra plots to overthrow the kingdom’s darkest threat, Nasir fights to command the magic in his blood. He must learn to hone his power into a weapon, to wield not only against the Lion but against his father, trapped under the Lion’s control. Zafira battles a very different darkness festering in her through her bond with the Jawarat—a darkness that hums with voices, pushing her to the brink of her sanity and to the edge of a chaos she dare not unleash. In spite of the darkness enclosing ever faster, Nasir and Zafira find themselves falling into a love they can’t stand to lose…but time is running out to achieve their ends, and if order is to be restored, drastic sacrifices will have to be made.

The story picks up right where We Hunt the Flame left off. Altair is now separated from Zafir, Nasir, and Kifah. The four of them have shared the same goal up until now. But when the stakes are higher and loyalties are being questioned, will they begin to lead different paths?

I was one of the few readers who didn’t fall completely in love with We Hunt the Flame. With the constant information being thrown around and the confusing world-building it was hard to connect with the characters on a personal level. In We Free the Stars, Hafsah Faizal switched the focus of the story from the world she was creating to the characters instead.

There is a lot to unpack with each person, as they’re dealing with the aftermath of the events from the previous book. They are grieving for the people they loved, each other, and themselves. Zafira is constantly questioning if any of this pain is worth all the loss. Nasir isn’t sure if the gain is greater than the risk. What happens if they fail? They would lose everything important to them with absolutely nothing to show for it.

Hafsah Faizal developed these characters in a beautiful way. We got to see all of their emotions, and how both hope and pain creates us as humans. Faizal has grown as a writer and We Free the Stars is brilliant in more ways than one. We get an expansion of the world with lush descriptions along with more mature characters in this book.

The plot still heavily surrounds them working towards restoring the hearts of the Sisters of Old to return magic to all of Arawiya. Of course, there are many complications along the way: both emotional and physical entanglements.

There isn’t much that I can add without spoiling huge plot points of the book. I will admit that I wish this book was shorter because the plot did drag. Some parts felt repetitive and unneeded.

Overall, I loved the conclusion to this series. Through all the hope, heartbreak, and twists that came our way while reading I think it ended perfectly.

Each of the characters got the ending they deserved. They were truly the heart of this story and made me fall in love with it. Hafsah Faizal explored the relationships they share with each other and the people around them in a unique way. Readers will see how complicated human emotions can be and how not everything is always so black and white.

Fans of the first book will be happy with the story’s conclusion even if it takes a lot of emotion out of you to get to that ending. We Free the Stars releases on January 19th so make sure to pick up a copy!