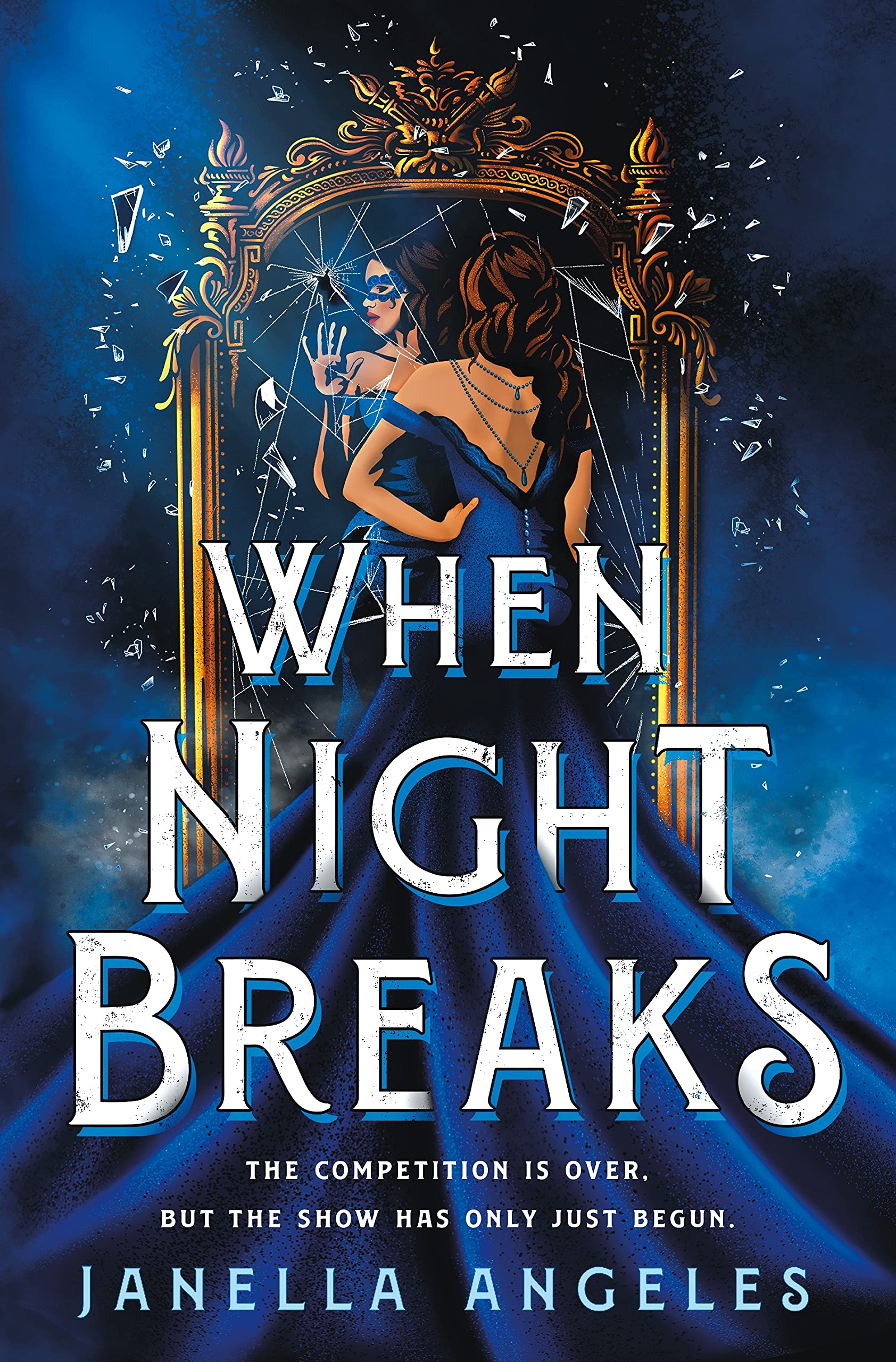 After a jarring cliffhanger in Where Dreams Descend, readers were left with more questions than answers. Now, everything you wanted to know about this mysterious world will be answered.

The competition has come to a disastrous end, and Daron Demarco’s fall from grace is now front page news. But little matters to him beyond Kallia, the contestant he fell for who is now lost to this world and in the hands of a dangerous magician. Daron is willing to do whatever it takes to find her. Even if it means embarking on a dark and treacherous journey, risking more than just his life, with no promise of return.

After awaking in darkness, Kallia has never felt more lost. Especially with Jack by her side, the magician with who has the answers but cannot be trusted. Together, they must navigate a dazzling world where mirrors show memories and illusions shadow every corner, one ruled by a powerful game master who could all too easily destroy the world she left behind — and the boy she can’t seem to forget. With time running out, Kallia must embrace her role in a darker destiny, or lose everyone she loves, forever.

When Night Breaks picks up a few weeks after the events of Where Dreams Descend.

Kallia is missing and some believe that she’s gone forever. Daron can’t seem to get the stricken look of her face out of his mind. It was the final moment when he saw her before she fell through the mirror. Holding on to all of his memories of her, he’s determined to not give up his search for answers even if it leads to his death.

What made the first book so great was Kallia and Daron’s relationship. Their tension and chemistry made for an intriguing romance and even made their characters more enjoyable. Having them separated in this book felt like that special spark was missing. Although, there were still a lot of elements to this book that I did love.

I enjoyed how well Janella Angeles expanded the world. It was a lot darker and the magic became more cutthroat.

The first thing Kallia sees after falling through the mirror is pure blackness. She has no idea where she is and navigating through the unknown with her character was a thrilling adventure. This new world is mysterious and the monsters she encounters were fascinating.

There are new characters that are a lot of fun, too! The only thing is with the introduction to new people, the side characters from the last book didn’t get developed further. They almost got pushed to the side and simply existed without giving anything to the story.

One character that we did get more of in When Night Breaks was Jack.

When I read Where Dreams Descend I honestly felt no connection to his character. I questioned what his role even was in this series. At times he felt very unnecessary to the plot. All of my feelings towards him changed in this book. His character development was amazing and there were so many twists that involved him. Plus, his relationship with Kallia was so tense and fragile that I couldn’t help but want to see how the two of them worked together this time around. I will say, if you were a fan of Jack before then you’ll enjoy him even more.

There are moments where the plot drags but I found that the slow pace helped build up to the epic conclusion. It made all the pain and tearful moments worth it. I think Janella Angeles’ writing improved and she’s definitely grown as an author. I felt so many emotions, especially at the end, and I appreciated how dark the story was.

This was a story about characters who were walking down a lonely path and how the deserving ones came out with more hope than they had at the beginning of this series. Their ending was worthy and I feel content with it. I’m sad that I won’t get to spend more time with Jack, Kallia, and Daron but I really enjoyed their stories in this series!

If you loved Where Dreams Descend then I think you’ll be happy with the conclusion these characters get! You’ll fall even more in love with this world full of magic than you did in the last book, so make sure to pick up a copy of When Night Breaks.