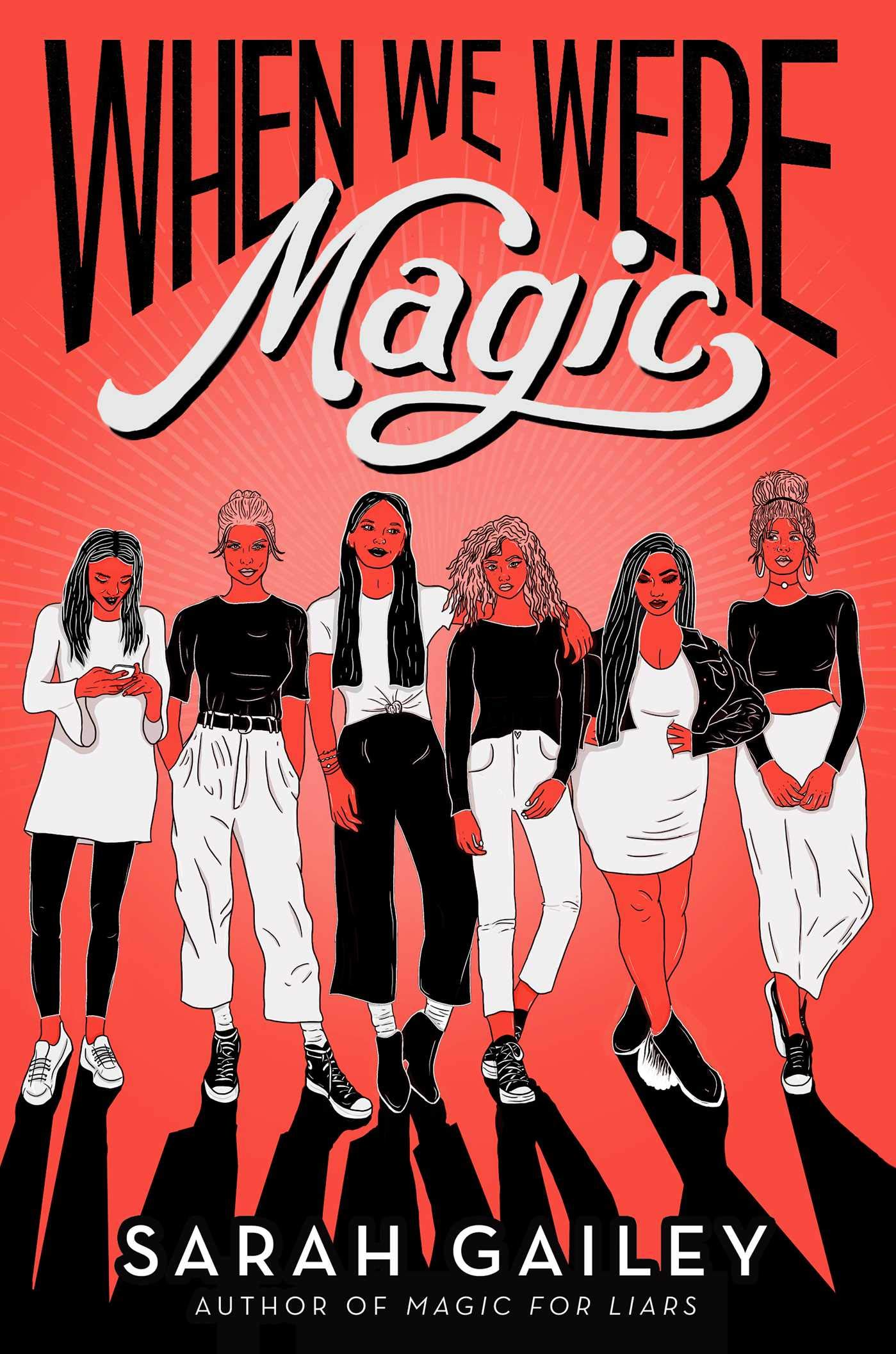 'When We Were Magic' by Sarah Gailey (Simon Pulse)

REVIEW: ‘When We Were Magic’ by Sarah Gailey is a darkly glittering novel about murder and miracles

Sarah Gailey’s debut YA novel explores magic as a symbol of girlhood, fierce and frightening and joyous.

Despite its supernatural element, When We Were Magic is ultimately about finding power in powerless situations, with the people you love by your side.

Keeping your magic a secret is hard. Being in love with you best friend is harder.

Alexis has always been able to rely on two things: her best friends, and the magic powers they all share. Their secret is what brought them together, and their love for each other is unshakeable — even when that love is complicated. Complicated by problems like jealousy, or insecurity, or lust. Or love.

That unshakeable, complicated love is one of the only things that doesn’t change on prom night.

When accidental magic goes sideways and a boy winds up dead, Alexis and her friends come together to try to right a terrible wrong. Their first attempt fails — and their second attempt fails even harder. Left with the remains of their failed spells and more consequences than anyone could have predicted, each of them must find a way to live with their part of the story.

Things start off pretty bloody for Alexis, and they only get bloodier.

On prom night, Alexis and her five friends (Roya, Iris, Marcelina, Maryam and Paulie) end up with a dead boy on their hands and no idea how to clean up the mess they made.

What ensues is a dual snapshot. On one side, it is a glimpse into six witches trying to rid themselves of an accidental murder. On the other, it is six best friends trying to enjoy their last month together before high school ends and the magic of childhood fades away.

Most of the novel, which is from Alexis’s POV, is spent waxing poetic about her friends, especially the friend she wishes was more than just a friend. Because of this, all of the girls feel more like secondary characters in Alexis’s journey through guilt and redemption. And Alexis, by extension, ends up being the least interesting of the group.

This isn’t necessarily a problem, but it would have been nice to know the main character as well as we do her best friends.

The magic of this novel, as it were, is the unshakable bond between the girls. It gets at the heart of the love affairs women have with other women, romantic or otherwise. Whether that’s childhood best friends who discovered magic together, or two girls who profess their love amidst a murder investigation.

The main plot is almost inconsequential; it could have been about a government coverup as easily as it was about hiding a dead classmate’s body.

As it was, though, there is something great about the combination of murder and lying with prom and first kisses. It feels so metaphorical of the high school experience. Example: there’s a body part in my backpack, but also, what if my crush doesn’t like me back?

When We Were Magic joins a small but beloved group of media that combines magic and/or murder with teenage girl angst. The complicated female bonds in the horror films ‘Ginger Snaps’ and ‘The Craft’, the legacy of witches in Alice Hoffman’s ‘Practical Magic’, the iconic camp of Winona Ryder and her clique in ‘The Heathers’.

More recently, of course, there is ‘The Chilling Adventures of Sabrina’.

When We Were Magic is as much about magic as it is about friendship and the lengths we would all go to protect the people we love. The things we would sacrifice, and the ways our love sometimes runs so deep that it hurts to think about it.

Because of that, it ends up a deeply moving and darkly human coming-of-age tale.

Plot
Characters
Writing
Theme/Message
Despite not getting to know the secondary characters as much as we’d like, Alexis and her friends lead readers through a devastating mistake and a magic-filled journey trying to fix it. By the end, you’ll be nostalgic for days long past or days not yet arrived, and the magic you have within you.
Related:
dark comedy • queer romance • sarah gailey • when we were magic