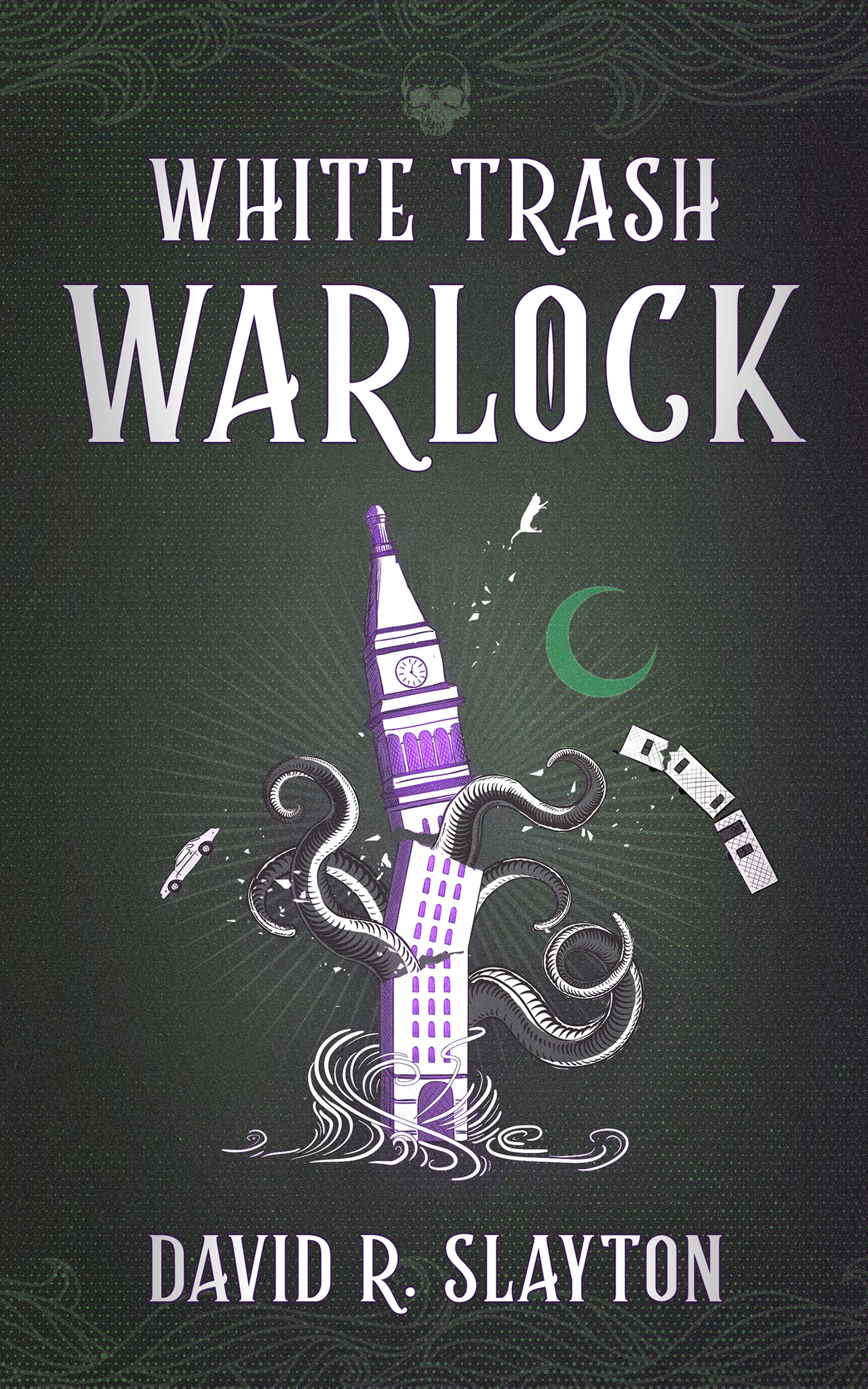 Adam Binder is a small time magic practitioner who stumbles on an immortal showdown when his estranged brother asks for his help with his possessed wife.

Guthrie was a good place to be from, but it wasn’t a great place to live, not when you were like Adam, in all the ways Adam was like Adam.

Adam Binder hasn’t spoken to his brother in years, not since Bobby had him committed to a psych ward for hearing voices. When a murderous spirit possesses Bobby’s wife and disrupts the perfect life he’s built away from Oklahoma, he’s forced to ask for his little brother’s help. Adam is happy to escape the trailer park and get the chance to say I told you so, but he arrives in Denver to find the local magicians dead.

It isn’t long before Adam is the spirit’s next target. To survive the confrontation, he’ll have to risk bargaining with powers he’d rather avoid, including his first love, the elf who broke his heart.

The Binder brothers don’t realize that they’re unwitting pawns in a game played by immortals. Death herself wants the spirit’s head, and she’s willing to destroy their family to reap it.

I didn’t know what to think going into White Trash Warlock, so I was happily surprised to find an action packed story with family at its core.

White Trash Warlock by David R. Slayton is very much plot-driven. Elements of human magic, immortal magical species and an ancient evil that reaps destruction wherever it goes are combined in a masterful way. The story is dynamic, with a pace that picks up the closer I got to the climax.

While at first there are several seemingly disjointed subplots that develop throughout the book, they all tie into the main plot at the end. It only took a couple of chapters before I was engrossed in the book, after that I could barely put it down.

Slayton’s characters match his plot. He uses the third person point of view for Adam and his brother, giving his audience insight into both characters. Due to his upbringing, Adam is wary of his family, reluctant to form close bonds and generally closed off from the world. The relationships he forms during his time in Denver are the first step on his journey to accepting others into his life.

Bobby, on the other hand, has spent his life trying to erase his upbringing. He’s the poster-boy for the American dream, but his refusal to acknowledge the existence of magic means that his life is turned upside down when faced with it. His upbringing also impacts his mental state as an adult as he is constantly repressing memories and emotions. What’s interesting about his POV chapters is that they’re titled as Bobby or Robert, respectively, whether it’s a flashback or it’s the current timeline.

Slayton also puts care into creating his secondary characters. Adam’s mom, his great aunt, Bobby’s wife and Vic’s family are all given backstory that didn’t necessarily tie into the plot. Meanwhile Vic is a wonderful character, and at the core of Adam’s character development in the novel.

The writing itself is very straight forward no matter the focus character, while Slayton incorporates heavier themes in the book without weighing the story down. It’s a style that allows the plot and characters to be in the spotlight, without being so dry as to be boring.

One important theme of the book is having a home. Adam’s never had a stable home. Growing up, he suffered a variety of abuse which drove him away from his close family, to his great aunt Sue. While staying with her, he had a roof over his head but it wasn’t stable, he worked odd jobs in order to have enough to live, and even then would sometimes go hungry. When the plot kicking off forces him to leave her, there is a sense that it is an ending. As the novel progresses, elements within the plot push Adam to not only stay in Denver but set down roots and create a home for himself for the first time in his life.

Another important theme is acceptance. Adam’s family never accepted him, not his magic nor his sexuality. While he doesn’t outwardly deny these parts of himself, he hides them away, and the plot forces him to face them. This journey is heartwarming as the support he receives from key characters allows him to explore both aspects.

In general, I very much enjoyed White Trash Warlock by David R. Slayton. The characters were fun and the plot excellent, as was the writing. I look forward to reading the sequel.

Editor’s note: This is a harsh story, it contains scenes of child abuse, murder, and more general violence and thus would be suited for older audiences.