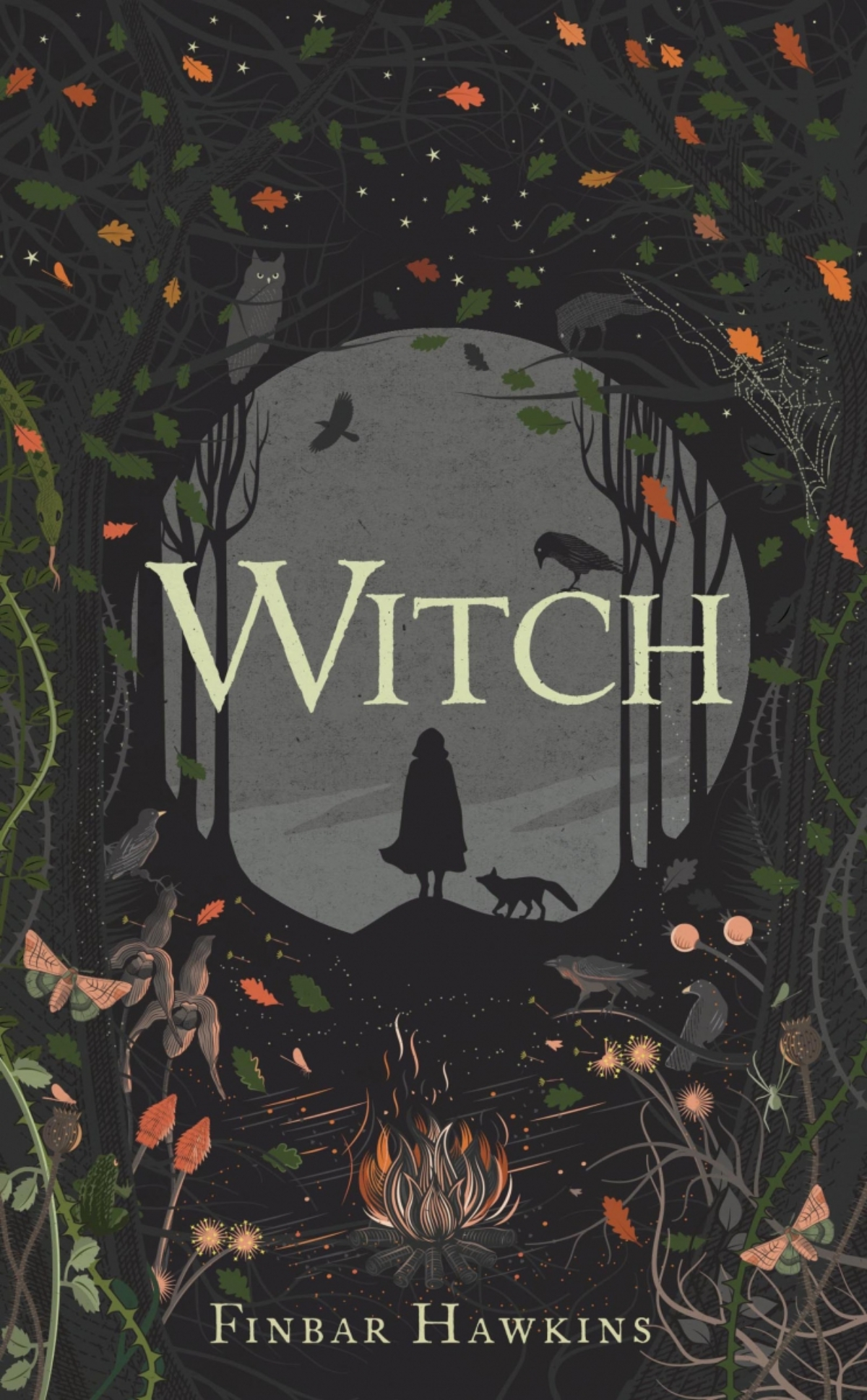 The tale doesn’t quite pack the punch I’d hoped for.

Although the premise of Witch was exciting, I felt the novel’s execution was somewhat lacking.

After witnessing the brutal murder of her mother by witch-hunters, Evey vows to avenge her and track down the killers. Fury burns in her bright and strong. But she has promised her mother that she will keep Dill, her little sister, safe.

As the lust for blood and retribution rises to fever pitch, will Evey keep true to the bonds of sisterhood and to the magick that is her destiny?

The concept of Witch is an exciting one. Set in the seventeenth century, Finbar Hawkins delves into history to bring this story of witches and witch-hunters to life. While I can appreciate the knowledge and research that has gone into the story, the delivery of the tale left me wanting.

Primarily, the pacing felt off. The story moved very quickly, and while some readers may find that aids the plot, it put me off-kilter. There was very little time dedicated to fleshing out the characters or setting. Instead, the action was front-and-centre, which left it falling flat.

Evey is a strong-willed and fierce teenager. Her need to avenge her mother is understandable, and helps to create an emotional atmosphere that, at times, really makes you feel for her and Dill. However, Dill is written in a very similar vein. She is also strong-willed and fierce, and although she arguably has more goodness inside her, she differs little from her older sister.

I was rushed through the novel without getting a proper sense of the girls as individuals, and with each voice sounding the same it made for a somewhat boring cast. Despite the age difference between the sisters, their speech made this nearly impossible to notice; Evey’s actions were particularly discordant with her adolescence.

I think the writing really let Witch down. Where the concept was promising, the lack of detail when it came to creating rounded characters meant I never fully connected with the story. Furthermore, its fast pace and lacking descriptions meant I was often confused about how or why certain events took place.

Overall, Witch didn’t really provide anything new. Although the look into the witch trials of the UK was a promising topic, the writing didn’t deliver. The tale was very straightforward without any surprises to keep readers on their toes.

Characters: Evey, Dill, and Anne all had the same voice despite their age difference.

Theme/Message: an interesting premise and one I could definitely get behind.