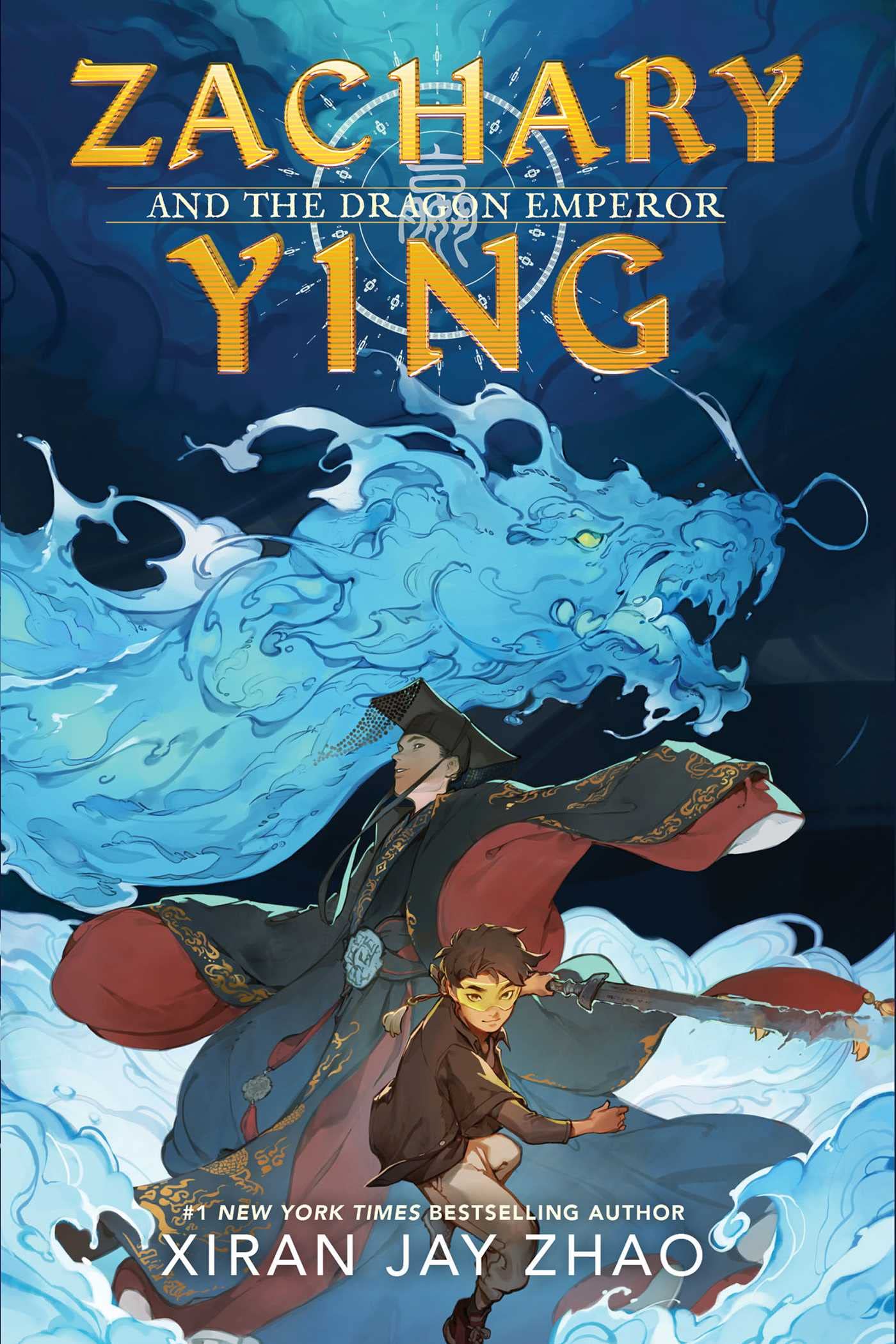 REVIEW: ‘Zachary Ying and the Dragon Emperor’ by Xiran Jay Zhao is a thrilling adventure full of knowledge

Mixing Chinese history into a gaming concept makes ‘Zachary Ying and the Dragon Emperor’ perfect for all readers!

There’s so much to love about Xiran Jay Zhao’s debut middle-grade novel! Packed with Chinese history and mythology, Zack’s adventure across China will entice every reader.

Zachary Ying never had many opportunities to learn about his Chinese heritage. His single mom was busy enough making sure they got by, and his schools never taught anything except Western history and myths. So Zack is woefully unprepared when he discovers he was born to host the spirit of the First Emperor of China for a vital mission: sealing the leaking portal to the Chinese underworld before the upcoming Ghost Month blows it wide open.

The mission takes an immediate wrong turn when the First Emperor botches his attempt to possess Zack’s body and binds to Zack’s AR gaming headset instead, leading to a battle where Zack’s mom’s soul gets taken by demons. Now, with one of history’s most infamous tyrants yapping in his headset, Zack must journey across China to heist magical artifacts and defeat figures from history and myth, all while learning to wield the emperor’s incredible water dragon powers.

And if Zack can’t finish the mission in time, the spirits of the underworld will flood into the mortal realm, and he could lose his mom forever.

On the outside, Zachary Ying looks to be your typical middle schooler. He spends his day at school and then rushes off after school to play video games with his friends. What people don’t see is the struggle he faces feeling as if he doesn’t belong amongst his peers since he’s a Chinese-American.

I admired Zack as a character. His inner struggles of wanting to fit in while feeling disconnected from his culture were relatable as an Asian-American myself. Zack tries his best to blend in with his classmates and goes as far as throwing away the delicious Chinese food that his mother cooks for his lunch, just so his friends won’t make fun of him. And it’s as he goes to throw away his lunch one day at school that his entire life changes.

The plot moves quickly which is always something I enjoy about reading middle-grade novels. There is a lot of action in this story and a lot of similarities to Percy Jackson like the book promotions claim.

Zack suddenly finds out that he’s a descendant of the First Emperor of China. Not only that, but his soul wants to possess his body in order to close a portal that connects to the underworld. Of course, Zack freaks out, and ultimately his decision to deny this from happening means his mother’s soul ends up getting captured. With no other solutions, he has no other choice but to work with the new kid he just met, Simon, and the grumpy First Emperor.

The characters make this book a lot of fun! I have to applaud Xiran Jay Zhao for their writing because they had to juggle writing two characters into one. Like Zack, there are two other characters who are also connected to a historic figure. I could always tell the difference between everyone. I knew when Zack was speaking or if it was the First Emperor. I loved that everyone stood out on their own!

There’s a lot of history woven into the story. This made me so happy especially since Zachary Ying and the Dragon Emperor is a middle-grade novel and American schools don’t typically teach a lot about Chinese history. At times it was hard to follow along with all the history and mythology, but it wasn’t necessarily a bad thing.

Overall, I really enjoyed Zachary Ying and the Dragon Emperor. I found all of the characters charming and the plot was a lot of fun with plenty of action! The representation in this book is fantastic too! Xiran Jay Zhao does a great job exploring how every decision we make has a consequence.

If you’re looking for something that dives into Chinese history then this is the perfect book for you! Or if you’re a fan of Percy Jackson then I think you’ll love this fun adventure with Zack and his friends.

An action-packed and charming story