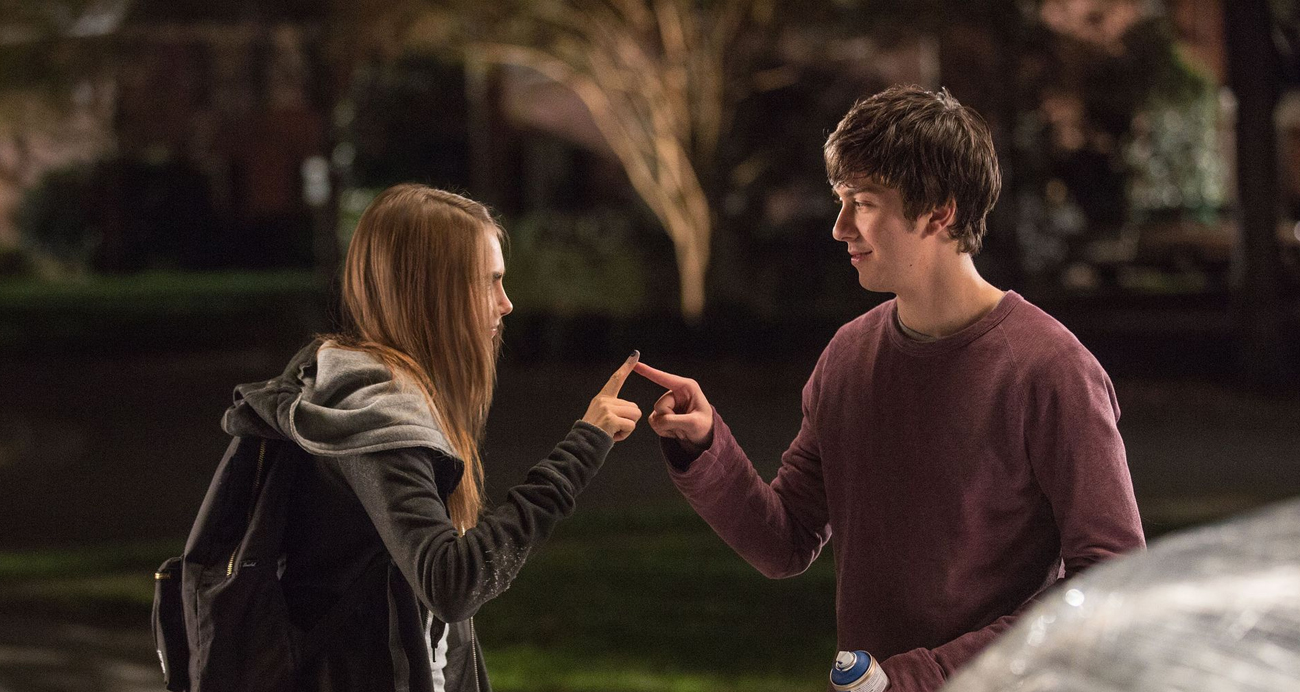 “I do not like the book, Paper Towns… I kept this in mind as I walked into the theater.”

I need to be honest. I do not like the book, Paper Towns.

It’s nothing against John Green. I understood the message, and it’s a very good and even important one. But the story felt incredibly lackluster to me. It was just boring. And the characters sounded a lot like the characters I had encountered when I read The Fault in Our Stars (the first John Green novel I ever read). I know people will disagree with me–that’s fine. I can see why some would love this book. I’m aware that for many, Paper Towns was their first encounter with Green’s writing. But for me, it left a really bad taste in my mouth after I finished reading it.

I kept this in mind as I walked into the theater to watch the film adaptation of Paper Towns. I honestly wasn’t sure what to expect. On one hand, I loved ‘The Fault in Our Stars’ and from what I could tell from the trailers, Nat Wolff (Quentin) and Cara Delevingne (Margo) were going to kill it on screen. But the question was, could they really change my mind about the story?

Well, that’s a good place to start this review.

Nat Wolff as Quentin nailed it. In my opinion, Wolff was able to bring that necessary mixture of fascination and timidness to life. As the movie progresses, he really taps into the progression that his character is undergoing. His slow understanding of not just what but who Margo is plays out very smoothly on screen, and I feel like this is thanks to the actor. As for Margo, Cara Delevingne also does a masterful job at breathing life into this character. She certainly doesn’t look anything like the Margo I had in my head, but personality-wise she’s spot on! If anything, I left the movie feeling a bit like Q–like I had a better understanding of her character.

The supporting cast does a great job as well, particularly Austin Abrams who plays Ben. He’s a very good addition to this film. His comedic timing, in my opinion, makes the movie.

So, where does all of that leave me? I can safely say that the movie didn’t leave a bad taste in my mouth like the book did. I enjoyed it a lot more than the novel–and I feel like the acting played a role in that. But at the same time, I’m left shrugging my shoulders at it. I don’t feel like the movie is anything special. I’m not going to be rushing to watch it again. The characters, while entertaining for those two hours, aren’t going to stay with me.

Don’t get me wrong–this isn’t a bad movie by any means. And to be perfectly honest, I think that if you’re a fan of the book (or even John Green), then you’re going to love this movie. As far as book-to-screen adaptations go, the ‘Paper Towns’ movie does a great job. Of course there are changes, but they honestly made it better. Cutting down on some of the clue-solving made the story feel less clunky. The additions to the film, such as the fantastic Pokémon moment (seriously, this was GREAT!) and Angela’s participation in the road trip made the story a lot more enjoyable for me. (Oh, and that cameo… FANTASTIC!) Even some of the purple-prose lines that exist in the book were cut or re-worked to sound normal in the film. Honestly, I think they did a great job adapting it.

So while I disliked the book, I enjoyed the movie. Will I watch it again? Probably not. I think my main qualms with the movie are the same as the book. It’s lackluster and I just don’t care that much about the characters. I enjoyed my time with them, but I’m ready to move on.

Still, if this is a movie that you’re interested in seeing, either because it looks interesting or because you’re a John Green fan, go ahead and watch it. Even though the characters and story don’t really appeal to me, I appreciate the message behind them–and I think you can too.

Do you agree with this Paper Towns review? Use the rating system and comment field below to share your opinion!