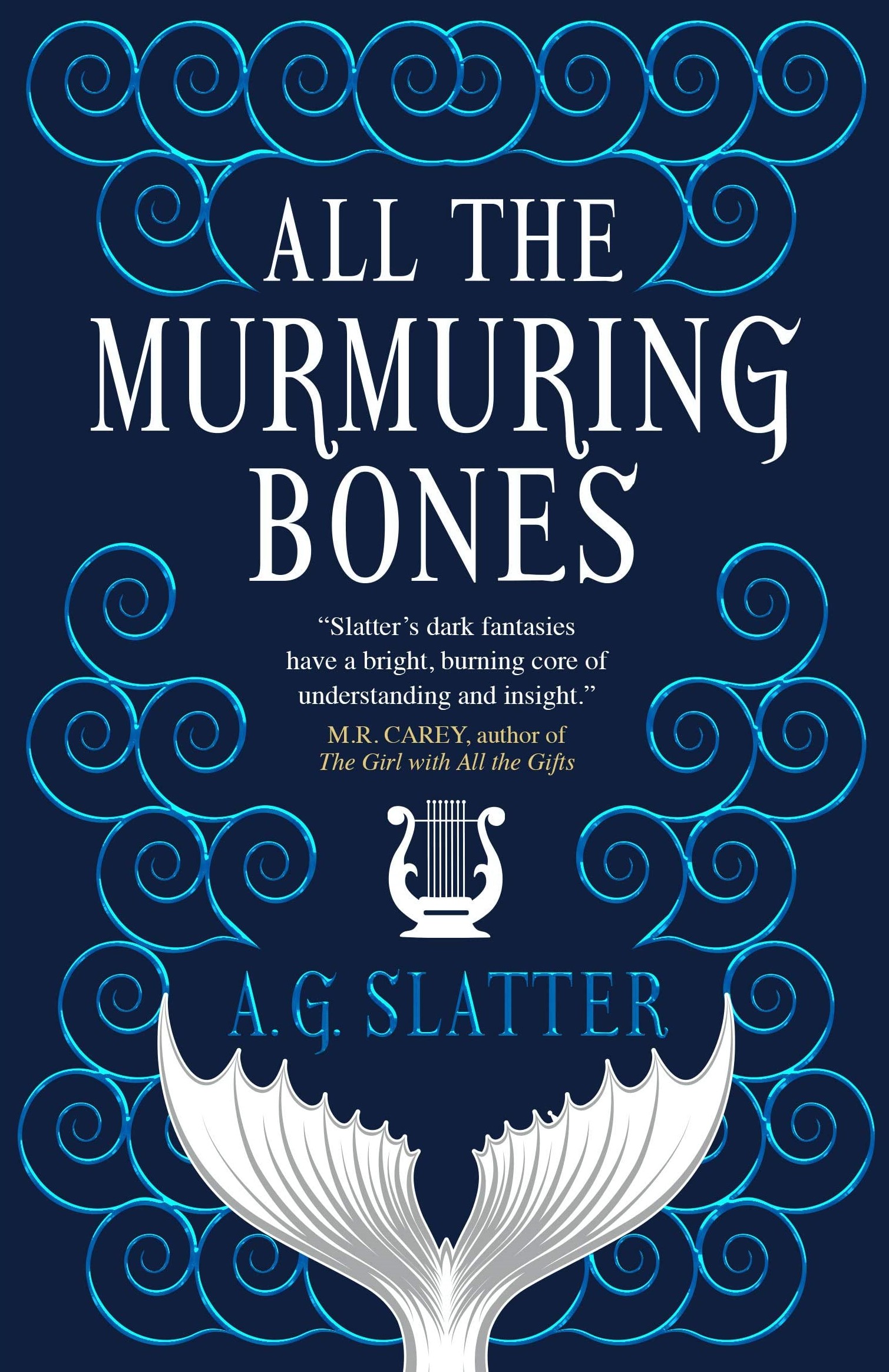 'All The Murmuring Bones' by A.G. Slatter (Titan Books)

REVIEW: ‘All the Murmuring Bones’ by A.G. Slatter is an enchanting gothic tale

Miren O’Malley lived a sheltered life until her freedom became the way to bring back long-lost riches.

All The Murmuring Bones by A.G. Slatter is a hauntingly beautiful tale about a woman out to get everything she’s owed.

Long ago Miren O’Malley’s family prospered due to a deal struck with the Mer: safety for their ships in return for a child of each generation. But for many years the family have been unable to keep their side of the bargain and have fallen into decline. Miren’s grandmother is determined to restore their glory, even at the price of Miren’s freedom.

A spellbinding tale of dark family secrets, magic and witches, and creatures of myth and the sea; of strong women and the men who seek to control them.

Miren is a firecracker of a character. She’s presented as a naïve and sheltered girl by everyone around her, but that couldn’t be further from the truth. Once the audience gets to know her, she’s resourceful, cunning, kind and so deeply hurt. She’s wary of others but that doesn’t stop her from respecting and treating them right, whether they be human or creature. Her self reflections were my favourite aspect of her character as she recognises how flawed she is and seeks to be better throughout the book. She is best embodied by this quote, because all she’s ever wanted in life was the choice:

All the Murmuring Bones by A. G. Slatter

As the story is told from the first person POV, we only get to experience other characters through Miren. Despite her wariness, they come off as rounded, full lives that don’t revolve around her, which adds a richness to the book.

A.G. Slatter does a wonderful job at establishing the world. Inspired by Irish folklore, it blends myths and reality in a perfect balance where the creatures and magic are just part of everyday life, as is their persecution. While all women are gifted with magic of some sort, the rising fears of the church mean they need to keep it under wraps lest they be the next target. This worry isn’t ever-present, but it’s obvious enough to add a layer of dread to the world. Since few of the creatures are benevolent, Miren’s world is a dark and dreary place that lends itself perfectly to Slatter’s gothic setting.

The plot revolves around Miren’s desire to find her parents, only to stumble upon one family mystery after the next. Throughout her journey, she only gleans bits and pieces of her past until the very end, which keeps the audience on edge too. The plot is occasionally interrupted by the O’Malley fairy tales, which only serve to give more backstory to the world. They didn’t overwhelm the story, nor did they create jarring breaks. Overall it was satisfying, though in my opinion the weakest element since it pales in comparison with the world and the writing.

Slatter enchants her audience with her writing. All the Murmuring Bones is told very much like a fairy tale. There are omissions, repetitions and small time skips, but Slatter weaves all that together in a way that caught me completely off guard because they work seamlessly with the story. More than anything, it’s her writing that sets the atmosphere and it never falters. This is my favourite aspect of the book; even though it’s easy to breeze through, the structure forced me to slow down and truly appreciate what Slatter had created.

All The Murmuring Bones by A.G. Slatter was a stunning book. This was my first true foray into the gothic genre and I’ve come out with a deep appreciation for it.

A haunting yet poignant tale