The first chapter of THE MIDNIGHT STAR is here! 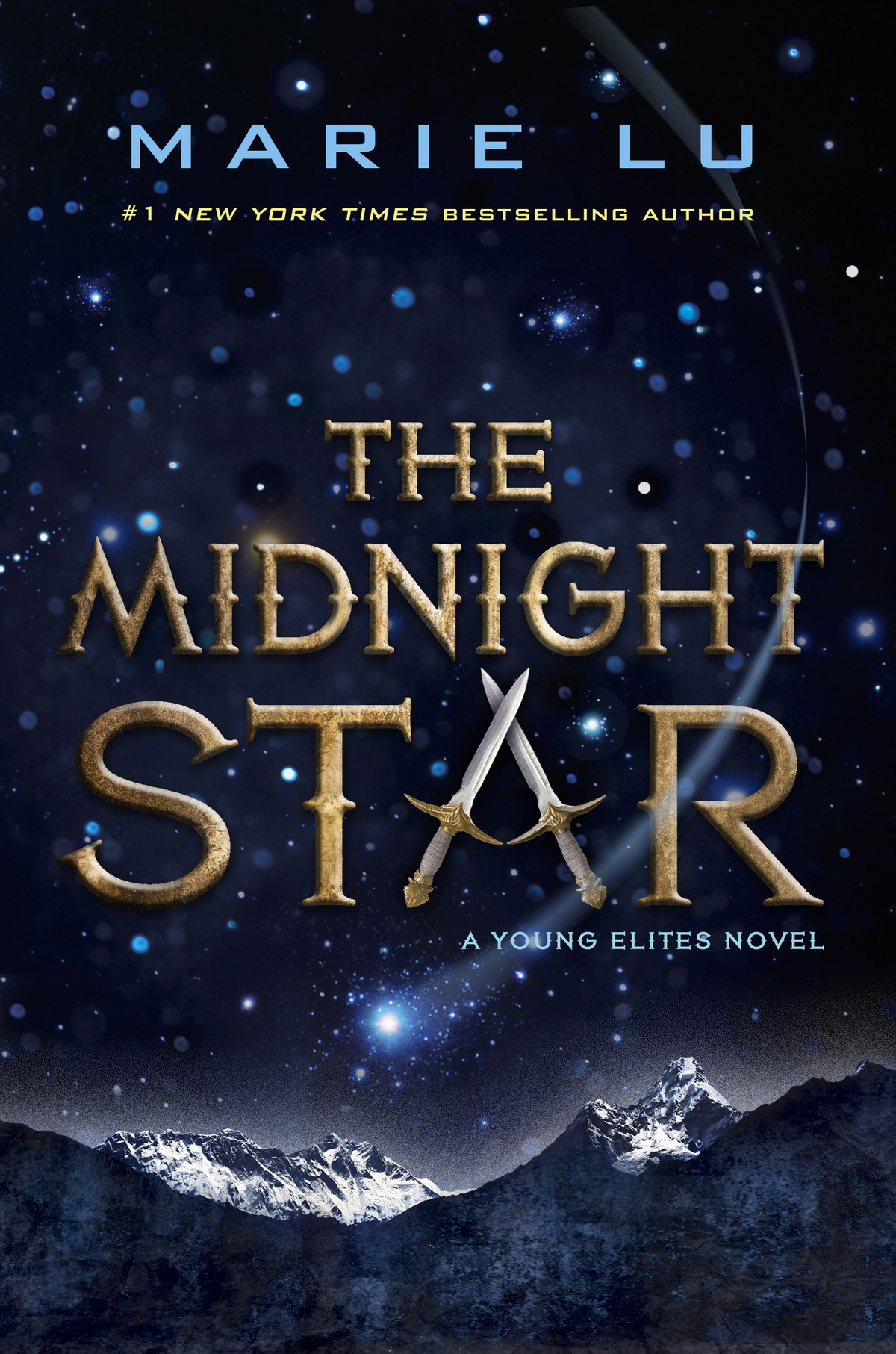 Want to know what happened to Adelina Amouteru, also known as the White Wolf? Look no more…. We have the first chapter of Marie Lu’s final book in The Young Elites Series, ‘The Midnight Star’.

As a very big fan of Marie Lu’s work I’m very happy to let you know that the first chapter for ‘The Midnight Star‘ is here!

This is what she tweeted in the morning, so, of course, we were on the look out the whole day…

Good morning, lovelies! For those asking for a Midnight Star quote….keep your eyes peeled for a reveal today! #TheMidnightStar #Oct11

Marie Lu talked to Bustle about Adelina and what it means to say goodbye to the series:

I wanted to make sure the ending felt appropriate given the characters and their gray journeys,” Marie Lu tells Bustle. All I can say is that the third book follows a path that I think fits Adelina.”

Without giving away too many spoilers, I’ll say that Adelina spends book three understanding what she really wants, so far, it seems like she’s been ‘winning’ — but at what price? Book three explores the ramifications of her wins and what victory really means.

Saying farewell to Adelina was a weird thing for me, she has such a dark history and harsh journey that telling her story — living her harshness — was a challenge. Even though I was sad to leave her at the end of this, I still felt kind of happy for her, and proud of her.

I do miss her deeply, though, and the rest of her crew.  It’s like saying goodbye to old friends.

The third and last book in ‘The Young Elites Series’ will hit the shelves on October 11, but you can pre-order it here.

I saw her once.

“She passed through our village, through fields littered with dead soldiers after her forces overwhelmed the nation of Dumor. Her other Elites followed and then rows of white-robed Inquisitors, wielding the white-and-silver banners of the White Wolf. Where they went, the sky dimmed and the ground cracked—the clouds gathered behind the army as if a creature alive, black and churning in fury. As if the goddess of Death herself had come.

“She paused to look down at one of our dying soldiers. He trembled on the ground, but his eyes stayed on her. He spat something at her. She only stared back at him. I don’t know what he saw in her expression, but his muscles tightened, his legs pushing against the dirt as he tried in vain to get away from her. Then the man started to scream. It is a sound I shall never forget as long as I live. She nodded to her Rainmaker, and he descended from his horse to plunge a sword through the dying soldier. Her face did not change at all. She simply rode on.

“I never saw her again. But even now, as an old man, I remember her as clearly as if she were standing before me. She was ice personified. There was once a time when darkness shrouded the world, and the darkness had a queen.”

Moritas was sealed in the Underworld by the other gods. But Amare, the god of Love, took pity on the young, dark-hearted goddess. He brought her gifts from the living world, rays of sunshine bundled in baskets, fresh rain in glass jars. Amare fell in love—as he was frequently wont to do—with Moritas, and his visits resulted in the births of Formidite and Caldora.

—An Exploration of Ancient and Modern Myths, by Mordove Senia

Chapter 1: Adelina Amouteru
I have had the same nightmare for the past month. Every night, without fail.

I am asleep in my royal chambers at the Estenzian palace when a creaking sound wakes me. I sit up in bed and look around. Rain lashes the windowpanes. Violetta sleeps next to me, having crept into my chambers at the sound of the thunder, and under the blankets, her body is curled close at my side. I hear the creaking again. The door of my room is slightly ajar and slowly opening. Beyond it is something horrifying, a darkness full of claws and fangs, something I never see but always know is there. The silks I’m wearing turn unbearably cold, as if I am neck deep in a winter sea, and I cannot stop myself from trembling. I shake Violetta, but she does not stir.

Then I jump out of bed and rush to close the door, but I can’t—whatever is on the other side is too strong. I turn to my sister.

“Help me!” I call to her desperately. She still does not move, and I realize that she is not asleep, but dead.
Read the rest at Bustle!!