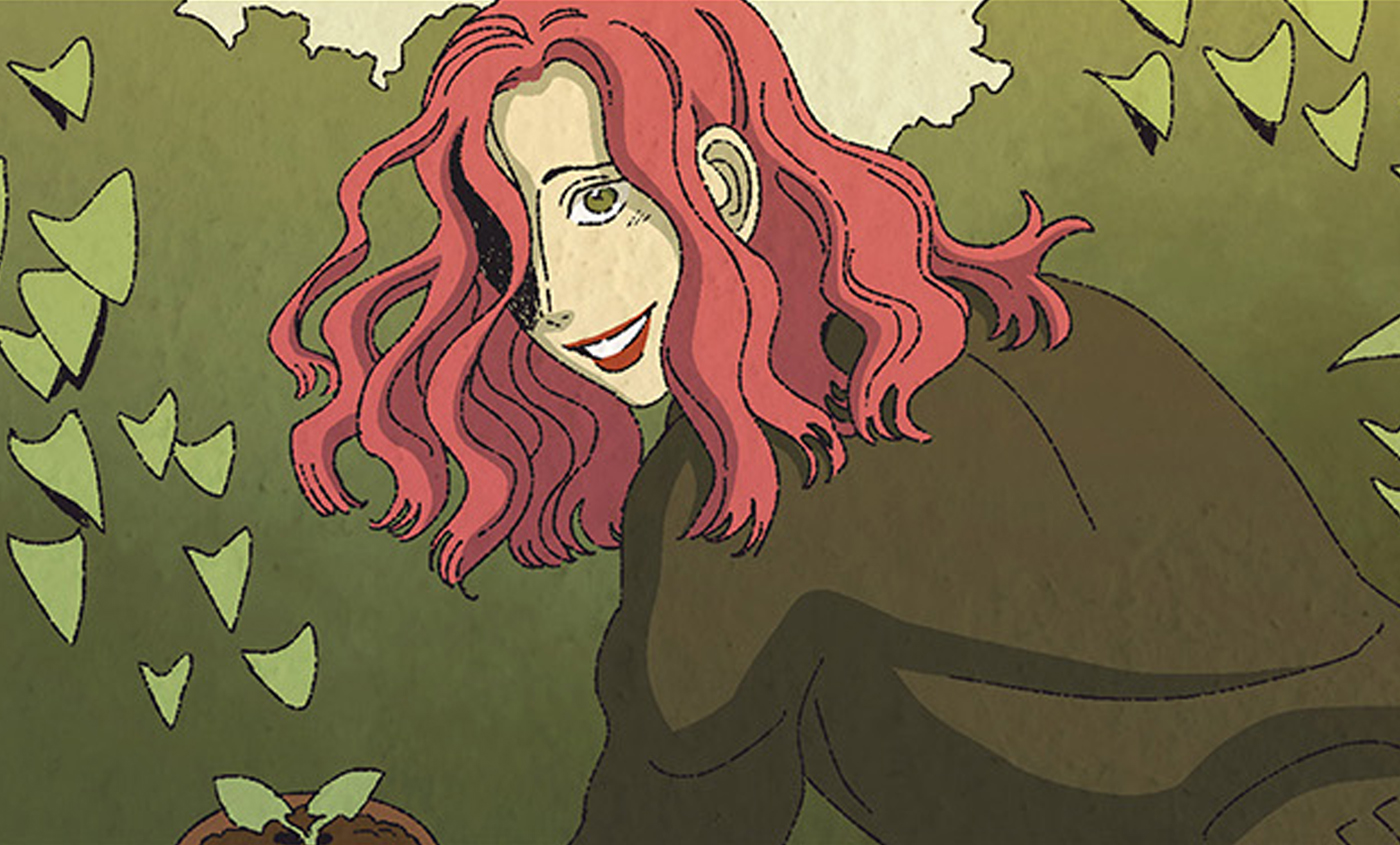 YA author Kody Keplinger and artist Sara Kipin are breathing new life into this supervillainess.

Poison Ivy is one of DC’s most iconic villains, and now YA author Kody Keplinger (The DUFF) is taking a crack at the complex character in the upcoming graphic novel, Poison Ivy: Thorns.

DC revealed first details about the graphic novel this week, toting the story as a gothic LGBTQ+ romance that will hit shelves just in time for Pride Month on June 1, 2021.

The book will focus on a teenage Pamela Isley as she falls for a goth girl named Alice Oh while hiding a dark family secret on behalf of her father. Keplinger is teaming up with artist Sara Kipin to tell the story.

“Poison Ivy has been my favorite comic book character since I was a little girl,” Keplinger told DC. “Getting to write a story about her in one of my favorite genres (gothic romance), brought to life by the amazing art of Sara Kipin, is just a dream come true in so many ways. It’s spooky, it’s romantic, and it’s full of drama. It was so much fun to write, and I hope readers will fall as in love with Pamela and Alice as I did.”

You can catch some of Kipin’s work on display below. DC shared the following illustrations with Bookstacked. Here’s a first look at what to expect in Poison Ivy: Thorns.

“I’m very proud and excited to be part of Poison Ivy: Thorns!” Kipin told DC. “Working on this book during 2020 was a very tough experience, but through my own struggles, I hope readers can see the time and love I poured into these pages. Kody did a fantastic job writing a fun, gothic romance story, and I can’t wait for new and longstanding Poison Ivy fans to read it!”

There’s something unusual about Pamela Isley — the girl who hides behind her bright red hair. The girl who won’t let anyone inside to see what’s lurking behind the curtains. The girl who goes to extreme lengths to care for a few plants. Pamela Isley doesn’t trust other people, especially men. They always want something from her. Something she’s not willing to give.

When cute goth girl Alice Oh comes into Pamela’s life after an accident at the local park, she makes Pamela feel like pulling back the curtains and letting the sunshine in. But there are dark secrets deep within the Isley house. Secrets Pamela’s father has warned must remain hidden. Secrets that could turn deadly and destroy the one person who ever cared about Pamela, or as her mom preferred to call her … Ivy.

Will Pamela open herself up to the possibilities of love, or will she forever be transformed by the thorny vines of revenge?

Do you plan to check out Poison Ivy: Thorns when it hits shelves in June?