Read an excerpt from Gayle Forman’s new book, ‘We Are Inevitable’ 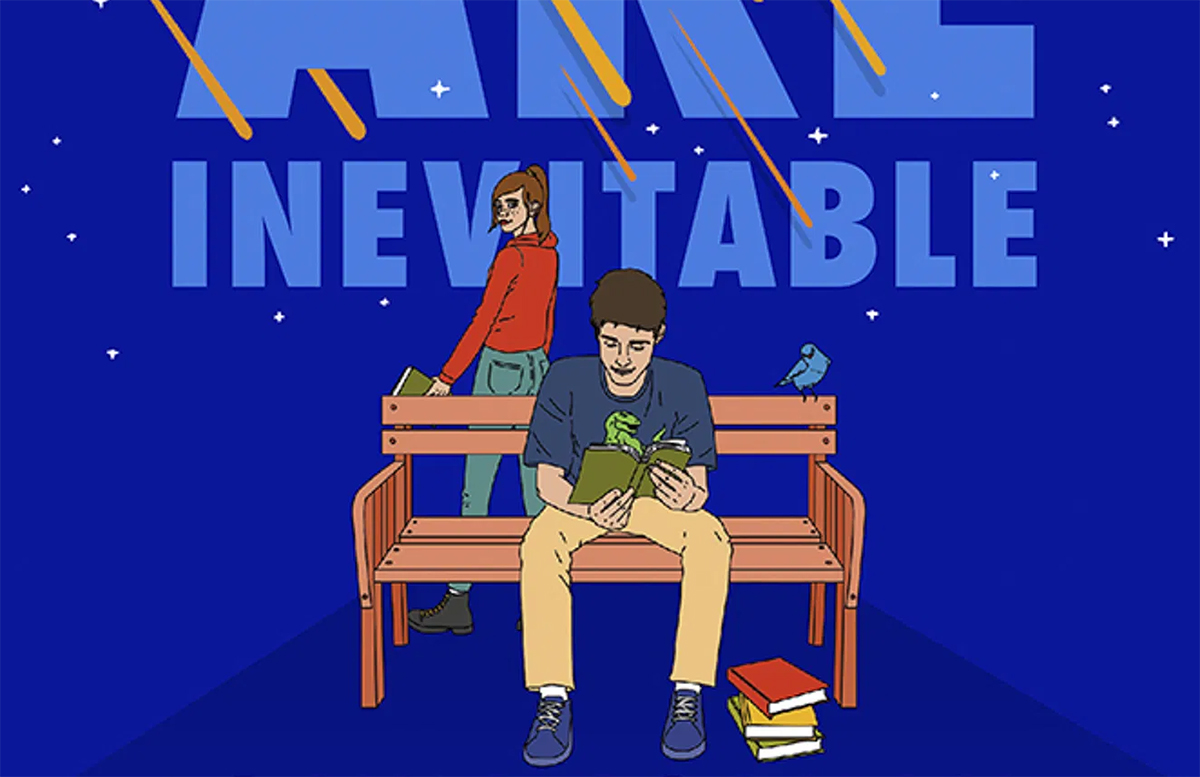 'We Are Inevitable' by Gayle Forman (Viking Books for Young Readers)

Forman said her new book is “a comedy about love and music and books and community and reinvention.”

Gayle Forman’s new book, We Are Inevitable, had a bit of a debut last week when its cover and first chapter were unveiled by Entertainment Weekly. Although the book won’t be out until summer, the cover reveal and excerpt are sure to hype up readers for the If I Stay author’s next release.

According to Penguin Random House, the book will center on Aaron Stein, a young bookseller who is struggling to come to terms with the concept of destruction.

“This comedy about love and music and books and community and reinvention is exactly the tonic we all need right now,” Forman wrote on her Twitter account when the excerpt was unveiled.

Check out the We Are Inevitable cover:

If you want a taste for what Gayle Forman’s new book is about, we’ve got a taste of the first chapter below, but you’ll have to head over to EW to read the chapter in its entirety.

The Rise and Fall of the Dinosaurs

They say it took the dinosaurs thirty-three thousand years to die. Thirty-three millennia from the moment the asteroid slammed into the Yucatán Peninsula to the day that the last dinosaur keeled over, starving, freezing, poisoned by toxic gases.

The thing I keep coming back to is: Did they know? Did some poor T-rex feel the impact of the asteroid shake the earth, look up, and go, Oh, shit, that’s curtains for me? Did the camarasaurus living thousands of miles from the impact zone notice the sun darkening from all that ash and understand its days were numbered? Did the triceratops wonder why the air suddenly smelled so different without knowing it was the poison gases released by a blast that was equivalent to ten billion atomic bombs (not that atomic bombs had been invented yet)? How far into that thirty-three-thousand-year stretch did they go before they understood that their extinction was not looming—it had already happened?

The book I’m reading, The Rise and Fall of the Dinosaurs by Steve Brusatte, which I discovered mis-shelved with atlases a few months back, has a lot to say on what life was like for dinosaurs. But it doesn’t really delve into what they were thinking toward the end. There’s only so much, I guess, you can conjecture about creatures that lived sixty million years ago. Their thoughts on their own extinction, like so many other mysteries, they took with them.

You can also check out the book’s synopsis below.

Rainbow Rowell meets Nick Hornby in a laugh-till-you-cry comedy about life after extinction.

Aaron Stein used to think books were miracles. But not anymore. Even though he spends his days working in his family’s secondhand bookstore, the only book Aaron can bear to read is one about the demise of the dinosaurs. It’s a predicament he understands all too well, now that his brother and mom are gone and his friends have deserted him, leaving Aaron and his shambolic father alone in a moldering bookstore in a crusty mountain town where no one seems to read anymore. Talk about dinosaurs!

So when Aaron sees the opportunity to sell the store, he jumps at it, thinking this is the only way out. But he doesn’t account for Chad, a “best life” bro with a wheelchair and way too much optimism, or the town’s out-of-work lumberjacks taking on the failing shop as their pet project. And he certainly doesn’t anticipate meeting Hannah, a beautiful, brave musician who might possibly be the kind of inevitable he’s been waiting for.

All of them will force Aaron to come to terms with what he’s lost, what he’s found, who he is, and who he wants to be, and show him that destruction doesn’t inevitably lead to extinction; sometimes it leads to the creation of something entirely new.

Do you plan to pick up Gayle Forman’s new book? Drop a note in the comments!