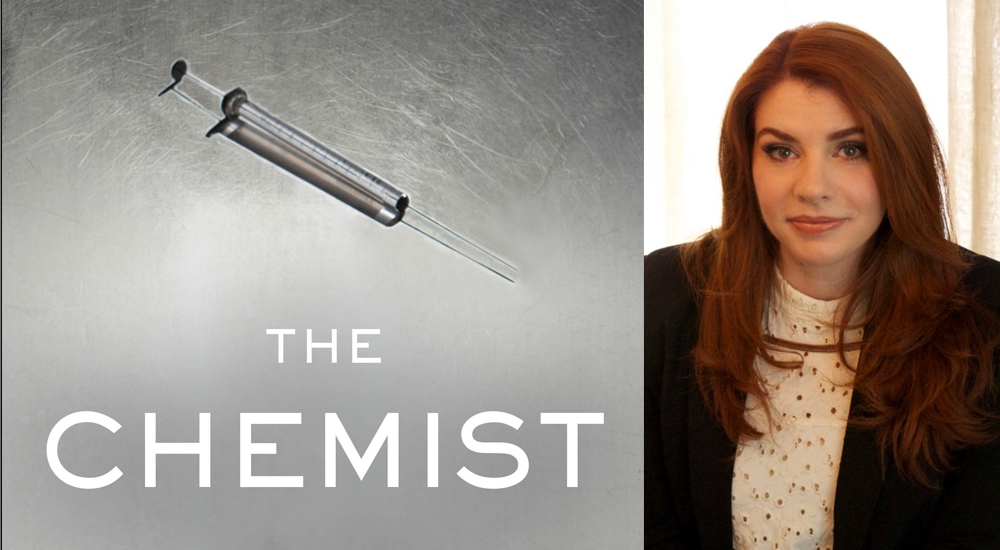 It looks like Stephenie Meyer’s moving from vampires and aliens to secret agents.

Meyer’s new novel, titled The Chemist, will follow an ex-agent on the run from a dangerous and secret government agency. You can read the full blurb here:

She used to work for the U.S. government, but very few people ever knew that. An expert in her field, she was one of the darkest secrets of an agency so clandestine it doesn’t even have a name. And when they decided she was a liability, they came for her without warning.

Now she rarely stays in the same place or uses the same name for long. They’ve killed the only other person she trusted, but something she knows still poses a threat. They want her dead, and soon.

When her former handler offers her a way out, she realizes it’s her only chance to erase the giant target on her back. But it means taking one last job for her ex-employers. To her horror, the information she acquires only makes her situation more dangerous.

Resolving to meet the threat head-on, she prepares for the toughest fight of her life but finds herself falling for a man who can only complicate her likelihood of survival. As she sees her choices being rapidly whittled down, she must apply her unique talents in ways she never dreamed of.

“The Chemist is the love child created from the union of my romantic sensibilities and my obsession with Jason Bourne/Aaron Cross,” Meyer said in a press statement. “I very much enjoyed spending time with a different kind of action hero, one whose primary weapon isn’t a gun or a knife or bulging muscles, but rather her brain.”

A book cover was also released in addition to the blurb:

The Chemist is Meyer’s second adult novel. Her first story for adults, The Host, followed an alien invasion. It was published in 2008.

Meyer came to prominence a decade ago when she published her young adult vampire novel Twilight, kicking off the ultra popular and successful Twilight Saga books and film franchises.

“I’m looking forward to sharing this story with all of you,” Meyer said elsewhere in a blog post on her site. “But before I can do that, I need to finish the edit. So, I’m off.”