‘The Toll’ by Neal Shusterman: Read excerpt, check out the cover 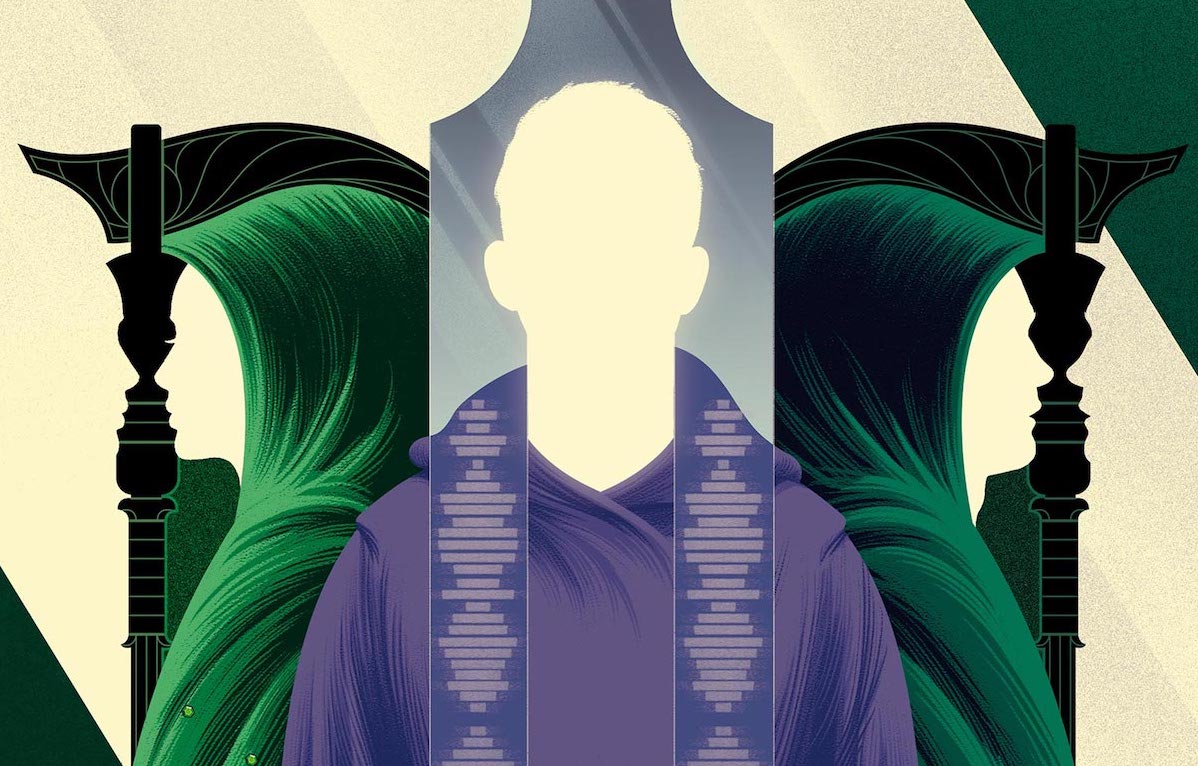 Artwork from the cover of 'The Toll' by Neal Shusterman. (Simon & Schuster Children's Publishing)

‘The Toll’ doesn’t hit shelves until November, but thankfully you can read part of it today.

Neal Shusterman’s bestselling Arc of the Scythe series is coming to a close, but readers don’t have to wait to check out the cover or even read an excerpt from the book.

Entertainment Weekly unveiled the cover over the weekend and it’s bound to get fans excited for the book’s November release.

The previous novel in the Arc of the Scythe series, Thunderhead, hit shelves in 2018. Bookstacked Reviews Editor Eleanor Maher called the book “thrilling,” and said that the book “left [her] aching for the next book – a year’s wait, I’m afraid! I think there was a lot of bravery on the author’s part, and I have been left a little stunned.”

Thankfully, there’s no longer a need to wait for a sampling of Shusterman’s book.

You can read a portion of the excerpt below:

There was no warning.

One moment he was asleep, and the next he was being rushed through the darkness by people he didn’t know.

“Don’t struggle,” someone whispered to him. “It will be worse for you if you do.”

But he did anyway—and managed, even in his half-awake state, to tear out of their grasp, and run down the hall.

He called for help, but it was too late for anyone to be alert enough to make a difference. He turned in the dark, knowing there was a staircase to his right, but misjudged, and fell headlong down the stairs, smashing his arm on a granite step. He felt both bones in his right wrist snap. Sharp pain—but only for an instant. By the time he rose to his feet, the pain was subsiding and his whole body felt warm. It was his nanites, he knew, flooding his bloodstream with painkillers.

He stumbled forward, gripping his arm so his wrist wouldn’t hang at a horrible angle.

“Who’s there?” he heard someone yell, “What’s going on out there?”

He would have run toward the voice, if he could tell where it came from. His nanites were fogging him in, making it hard to tell up from down, much less left from right. What a terrible thing for his mind to lose its edge when he needed it most. Now the ground beneath his feet felt like a shifting funhouse floor. He careened between walls, trying to maintain his balance, until running right into one of his attackers, who grabbed him by his broken wrist. Even with all the painkillers in him, the feel of that bone-grating grasp made the rest of his body too weak to resist.

“You couldn’t make this easy, could you?” said the attacker. “Well, we warned you.”

He only saw the needle for an instant. A slender flash of silver in the darkness before it was jammed into his shoulder.

The heat of the painkillers became a chill in his veins, and the world seemed to spin in the opposite direction. His knees gave out, but he didn’t fall. There were too many hands around him now to let him hit the ground. He was lifted up, and carried through the air. There was an open door before him, and then he was out into a blustery night. With the last of his consciousness fading, he had no choice but to surrender to the momentum.

Read the rest at Entertainment Weekly.