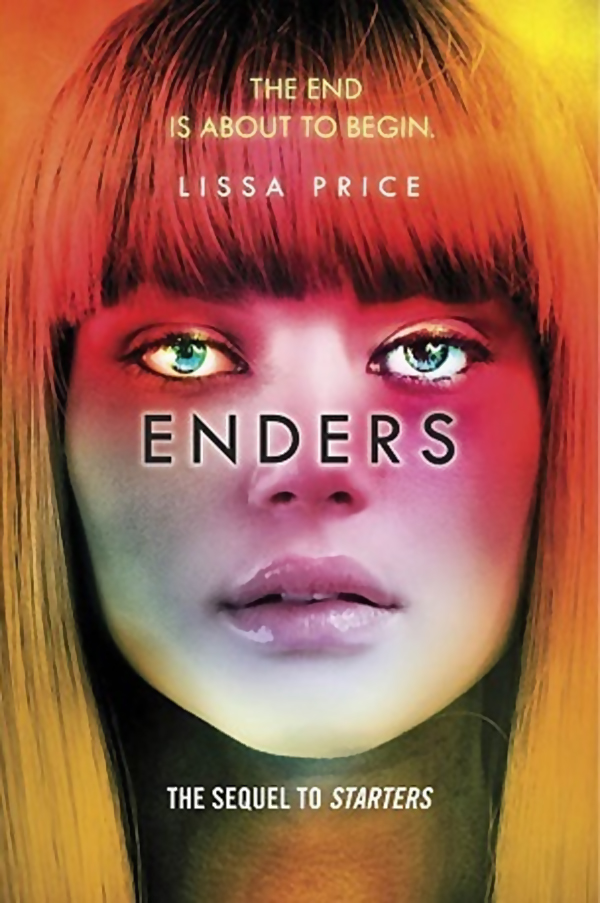 This week the YA book industry will see several continuations of already established series as well as a small handful of debut authors. One of the more popular books to be released this week will be Enders by Lissa Price. Enders is the second and concluding installment in Price’s dystopian series. The first book, Starters, […]

This week the YA book industry will see several continuations of already established series as well as a small handful of debut authors.

One of the more popular books to be released this week will be Enders by Lissa Price. Enders is the second and concluding installment in Price’s dystopian series. The first book, Starters, garnered favorable reviews from readers. Enders will be released January 7th, 2014 and is being published by Delcorte Books.

With the Prime Destinations body bank destroyed, Callie no longer has to rent herself out to creepy Enders. But Enders can still get inside her mind and make her do things she doesn’t want to do. Like hurt someone she loves. Having the chip removed could save Callie’s life – but it could also silence the voice in her head that might belong to her father. Callie has flashes of her ex-renter Helena’s memories, too …and the Old Man is back, filling her with fear. Who is real and who is masquerading in a teen body? This is the thrilling sequel to “Starters”.

Other continuing series include the cult/gothic novel, The Passionaries, by Tonya Hurley (known for her Ghostgirl novels) which will be released January 7th, 2014. Kimberly Derting’s Pledge Trilogy will conclude with The Offering on January 7th. We’ll also see Love Reborn by Yvonne Woon, Erased by Jennifer Rush and Independent Study by Joelle Charbonneau released on the 7th.

Nicholas Christopher’s latest novel, The True Adventures of Nicolo Zen, will also be released on the 7th. Being called a historical fantasy in Venice, the story will follow Nicolo Zen as he attempts to better understand the mystery behind his enchanted clarinet. Nicholas Christopher is known for his poetry work.

This richly-detailed historical novel from master storyteller Nicholas Christopher features an unforgettable hero: Nicolo Zen is all alone in 1700s Venice, save for his clarinet, which a mysterious magician had enchanted, allowing its first player to perform expertly. Soon Nicolo is a famous virtuoso, wealthy beyond his dreams, but he can’t stop wondering if he earned the success himself — or what might happen if the spell were removed. And throughout it all, he continues to think about the girl he met in Venice, what she might be doing and if she’s safe from harm.

With a guest appearance by composer Vivaldi, and brimming with fascinating period details, this is a compelling coming-of-age story full of universal themes and a love story that will conjure memories of Romeo and Juliet, perfect for teens who love stories set in other times, but without a paranormal storyline (as long as you don’t count a magician who dresses all in white and can be in two places on once . . . )