Why YA books with diverse content are being challenged

YA books with diverse content are consistently among the most frequently challenged and banned titles. 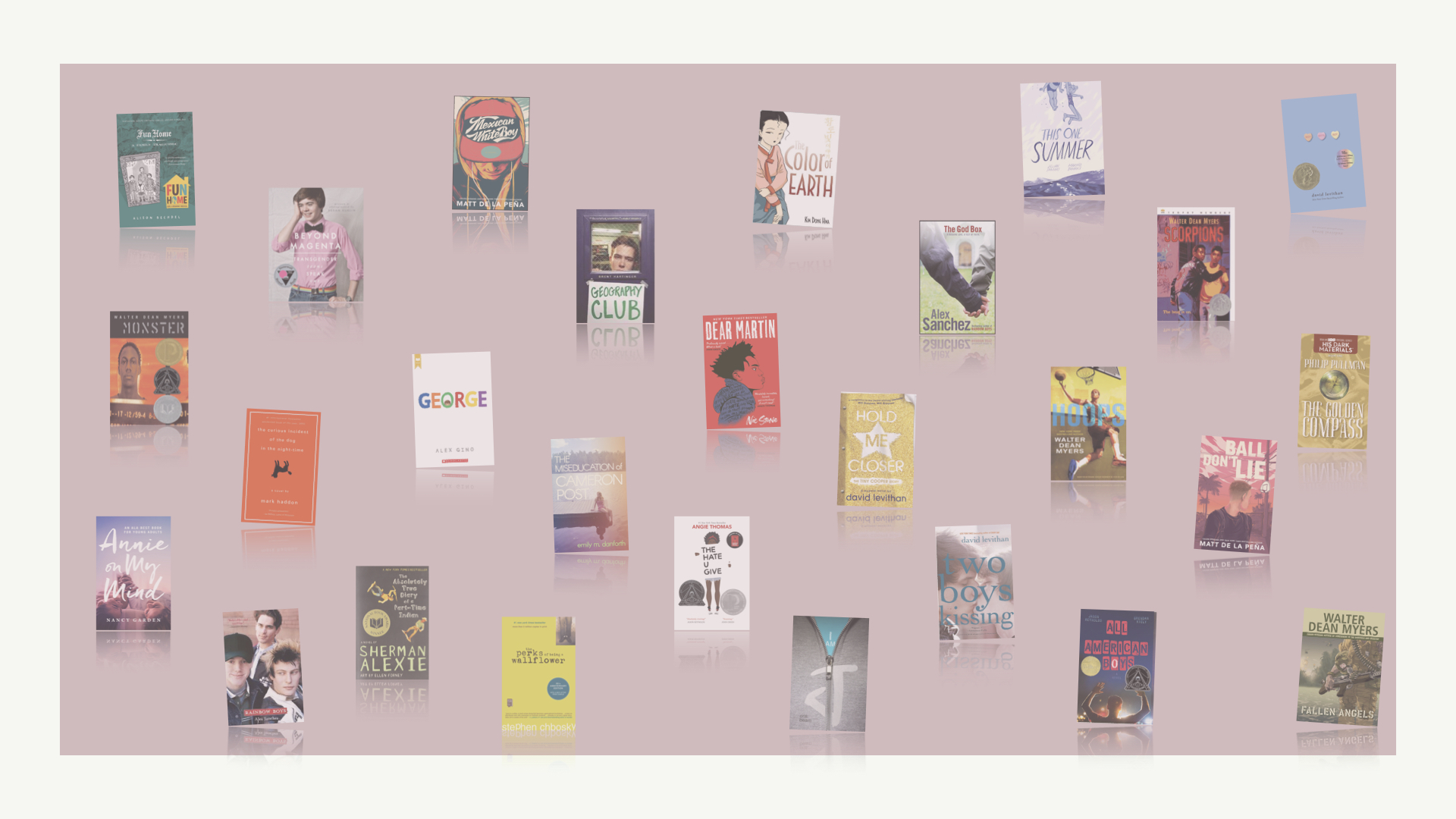 A collage of YA book covers. (Spencer Miller, Bookstacked)

All of my favorite books have been banned.

That’s the first thing that sticks out to me as I browse through the American Library Association (ALA) lists of Frequently Challenged Books. The Captain Underpants and Harry Potter series were both responsible for teaching me how to read. Books like Looking for Alaska, The Perks of Being a Wallflower and The Hunger Games all helped reignite my love of reading in high school.

I can’t imagine what my youthful years would have looked like without easy access to these and other frequently banned titles at my school and local library. These books feel like they’re apart of me. When I see them banned, it reminds me that there are people out there who would prefer I silence parts of who I am.

Because I love banned books, I love Banned Books Week. This annual celebration of our freedom to read is a week where the entire book community holds a discussion about censorship and maintaining open access to information.

The event is doubly important to readers of young adult literature as YA books are consistently among the most frequently challenged and banned titles. Also, because it is young readers, especially those who rely on schools and libraries for access to reading materials, who miss out when titles are banned.

Most often, books are challenged by parents, but also administration, teachers, librarians, political or religious groups and students. Books get challenged for all kinds of reasons, from possessing “political views,” to including “sexual content,” to “encouraging disruptive behavior” (making one too many fart jokes). But there’s a more serious conversation to be had about banned books than what could possibly be wrong about a seven-year-old indulging in a story about a man in his underpants punching a talking toilet— most books banned in America are banned because they contain “diverse content.”

The ALA defines “diverse content” as books that contain “experiences, including (but not limited to) LGBTQIA, people of color, gender diversity, people with disabilities, and ethnic, cultural, and religious minorities.” Over the decade, books featuring diverse content have formed a clear majority of challenges and bans in schools and libraries.

In 2019, the ALA Office for Intellectual Freedom (OIF) tracked 566 books that were targeted. Eight of the top 10 most challenged books were challenged for “LGBTQIA+ content.” These books, such as George by Alex Gino and Beyond Magenta by Susan Kuklin, are being pulled from school and library shelves for including representation of diverse genders and sexualities.

Other reasons popular YA books have been banned/challenged for diverse content including being “pro-immigrant” or for “promoting Islam.”

Not all challenges to diverse content are made directly. In her informal study Book Challenges Suppress Diversity, YA author Malinda Lo argues that the reasons listed for book challenges can be “smokescreens for the real reasons — reasons that might not always be socially acceptable to state publicly.”

Those who seek to censor diverse content are willing to make up any number of vague reasons to ban a book. Think critically when you see a book like The Hate U Give by Angie Thomas removed from school libraries for being “pervasively vulgar” or Mexican Whiteboy by Matt De La Pena removed for being “anti-American.”

Why are these books really being challenged?

Lo writes in her conclusion that despite the smokescreens, “[the message] is loud and clear: diversity is actually under attack. Minority perspectives are being silenced every year.”

What can you do to help make sure the work of diverse authors and storytellers remain accessible to all? The easiest way is to read and share diverse stories!

The next step is to get educated about censorship. We have to know our rights, stay informed and be prepared. Events such as Banned Books Week have been founded for this purpose.

And finally, if you see YA literature being censored in your community (which might involve a book being vandalized, stolen, reshelved in the adult section, challenged or altogether removed) speak out! As James LaRue, director of OIF explains, “where challenges are most successful in removing or restricting access to ideas, no one talks about it at all. Censorship thrives in silence; silence is its aim.”