The best stories have endings. 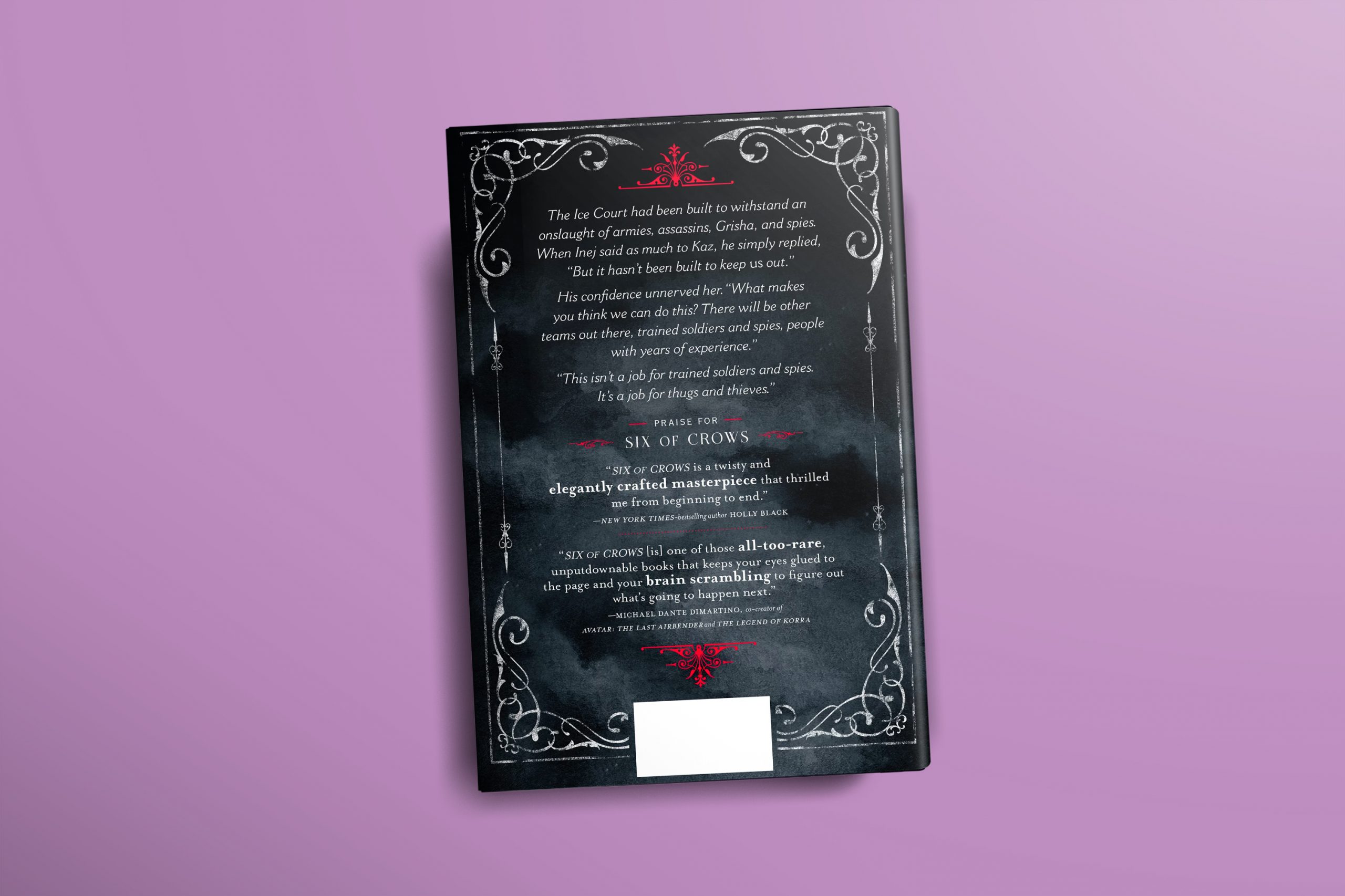 The back cover of 'Six of Crows' by Leigh Bardugo (Henry Holt and Co.)

Reflecting on the completion of his novel, David Copperfield, Charles Dickens wrote, “I do not find it easy to get sufficiently far away from this Book … my mind is so divided between pleasure and regret — pleasure in the achievement of a long design, regret in the separation from many companions — that I am in danger of wearying the reader whom I love, with personal confidences, and private emotions.”

No doubt the author will always feel this more than the reader, yet I think everyone who has considered themselves a bookworm at heart has felt at least an inkling of Dickens’ sentiment.

I felt it in 2007, turning the final pages of a book series I grew up with. I was fully aware that I would never return to that special moment where “pleasure in the achievement” and “regret in the separation” meet. That moment, so often captured in the words, “The End.”

I think for those of us who love stories (writer or reader, but especially writer), that can be a difficult idea to accept. It’s no wonder why so many don’t. As Dickens himself said, the experience of saying goodbye is akin to a writer “dismissing some portion of himself into the shadowy world, when a crowd of the creatures of his brain are going from him for ever.” But Dickens also understood, “I have nothing else to tell.”

Stories are at their worst when they continue with “nothing else to tell.” Unfortunately, we’ve seen so much of this in the last decade with countless spin-offs and numerous series, both on page and on screen, that over stay their welcome, continuing for the sole purpose of existing (or more likely money).

Meanwhile, the best stories have endings. It’s not so much that all good things must come to an end, but that all good things should end, eventually. It’s in the end where we reflect on the whole, where we consider the journey and what it meant. There are few things more captivating, more emotional, more human, than goodbye.

The end is a sad place to be, but when it’s done true, it’s also the most meaningful.

And every good thing has meaning.