Tackling regret and loss inside a literary mystery with ‘Rainbirds’ author, Clarissa Goenawan

‘Rainbirds’ may be centered around grief, but there is also love and hope for the characters of this story. 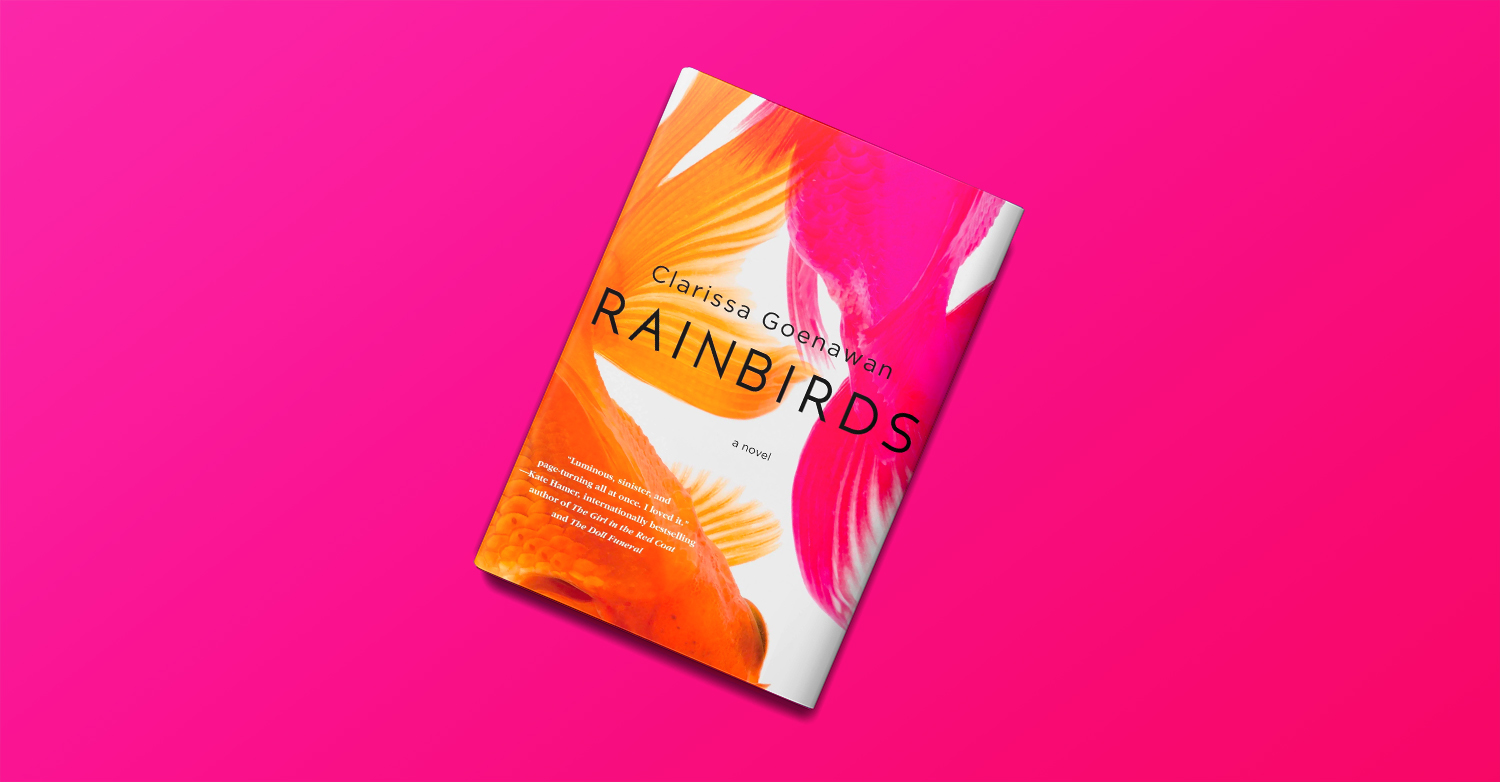 There are a lot of difficult subjects tackled in literature and one of those is the topic of grief. Personally, I find it hard to read stories dealing with loss due to personal reasons. When I began Rainbirds I couldn’t help but be drawn into this melancholy mystery despite it being centered around a murder. The quiet setting of a small town in Japan with rich characters made me easily fall in love with this unique story.

Clarissa Goenawan did a brilliant job of exploring self-discovery through loss. The main character, Ren, goes on an adventure as he tries to find the truth behind his sister’s death. He begins to discover new things not only about his sister but about himself. As we stated in our review, “His love for his sister and the sudden loss he feels turns into him learning more about what makes him who he is.”

I spoke with Clarissa Goenawan more about the inspiration behind writing on such topics and what led her thought process behind creating complex characters.

Can you share a bit about yourself for our readers?

Was there anything specific that sparked your writing career? Have you always enjoyed writing?

It was my childhood dream! I’d loved reading ever since I was a kid and dreamt that one day, I would publish my own book. But I only started to seriously pursue the profession after I quit my banking job at age 24 (probably not the most conventional thing to do, but I never regretted it).

I really enjoyed Rainbirds. I don’t read too many mysteries so this story was a great change of pace for me. What made you decide on setting the story in Japan? Was there a lot of research that went into the decision?

I grew up reading copious amounts of manga (Japanese comic books), and I’ve been learning the Japanese language and traditional culture since high school, so that gave me a good starting point. I also consulted a huge number of books, essays, and articles, and asked some friends who were familiar with Japan to be my beta readers.

The focus of Ren’s self-discovery through his grief really resonated with me and was something I personally related with while reading. What was your inspiration for writing on such a topic?

I’m so glad to hear that! I always think of Rainbirds as a coming-of-age story masquerading as a murder mystery. It touches a lot on grief and letting go. There is a lot of regret, loss and loneliness. But also, love and hope and forgiveness.

When it comes to writing, I always believe in letting my characters take the lead. Using grief as a theme wasn’t a deliberate decision, but rather what came out subconsciously as I wrote the story. The emotion simply surfaced as I fleshed the characters out, and it became a natural part of the process.

I’m fascinated with the idea that often, we think that we know a person really well, but actually, we don’t. How far would you go to uncover the truth? And what if the truth is more painful than lies? These sentiments have somehow become a constant reoccurrence in my work.

There are so many complex characters in Rainbirds. Which one was your favorite to write and why?

I really enjoyed writing Rio Nakajima, also known as ‘Seven Stars.’ She’s a 17-year-old girl who is bright and bold, unafraid to voice her opinion, and relentlessly goes after what she wants. She doesn’t care about conforming to the public’s expectations. I love her interactions with Ren, and I had a lot of fun writing their scenes.

If you can give our readers just one reason why they should pick up Rainbirds, what would it be?

This answer doesn’t apply to just Rainbirds, but basically to any books: Just give it a try! Who knows, you might love it.

Thank you so much for stopping by Bookstacked to speak with us! What can readers expect from you next?

I’m currently working hard on my next novel, Watersong, another literary mystery set in Japan, forthcoming in 2022.

Watersong follows Shouji and his girlfriend, Youko, who provide confidential services to rich clients. Breaking company rules, he befriends an elegant customer and tries to help her by exposing her influential husband’s misdeeds. The plan backfires. What follows is a long journey where destiny is challenged, faith is questioned, and love is lost and found in equal measure.

Ren Ishida is nearly finished with graduate school when he receives news of his sister Keiko’s sudden death. She was viciously stabbed one rainy night on her way home, and there are no leads. Ren heads to Akakawa to conclude his sister’s affairs, still failing to understand why she chose to abandon the family and Tokyo for this desolate town years ago.

But Ren soon finds himself picking up where Keiko left off, accepting both her teaching position at a local cram school and the bizarre arrangement of free lodging at a wealthy politician’s mansion in exchange for reading to the man’s catatonic wife.

As he comes to know the figures in Akakawa, from the enigmatic politician to his fellow teachers and a rebellious, alluring student named Rio, Ren delves into his shared childhood with Keiko and what followed, trying to piece together what happened the night of her death. Haunted in his dreams by a young girl who is desperately trying to tell him something, Ren struggles to find solace in the void his sister has left behind.