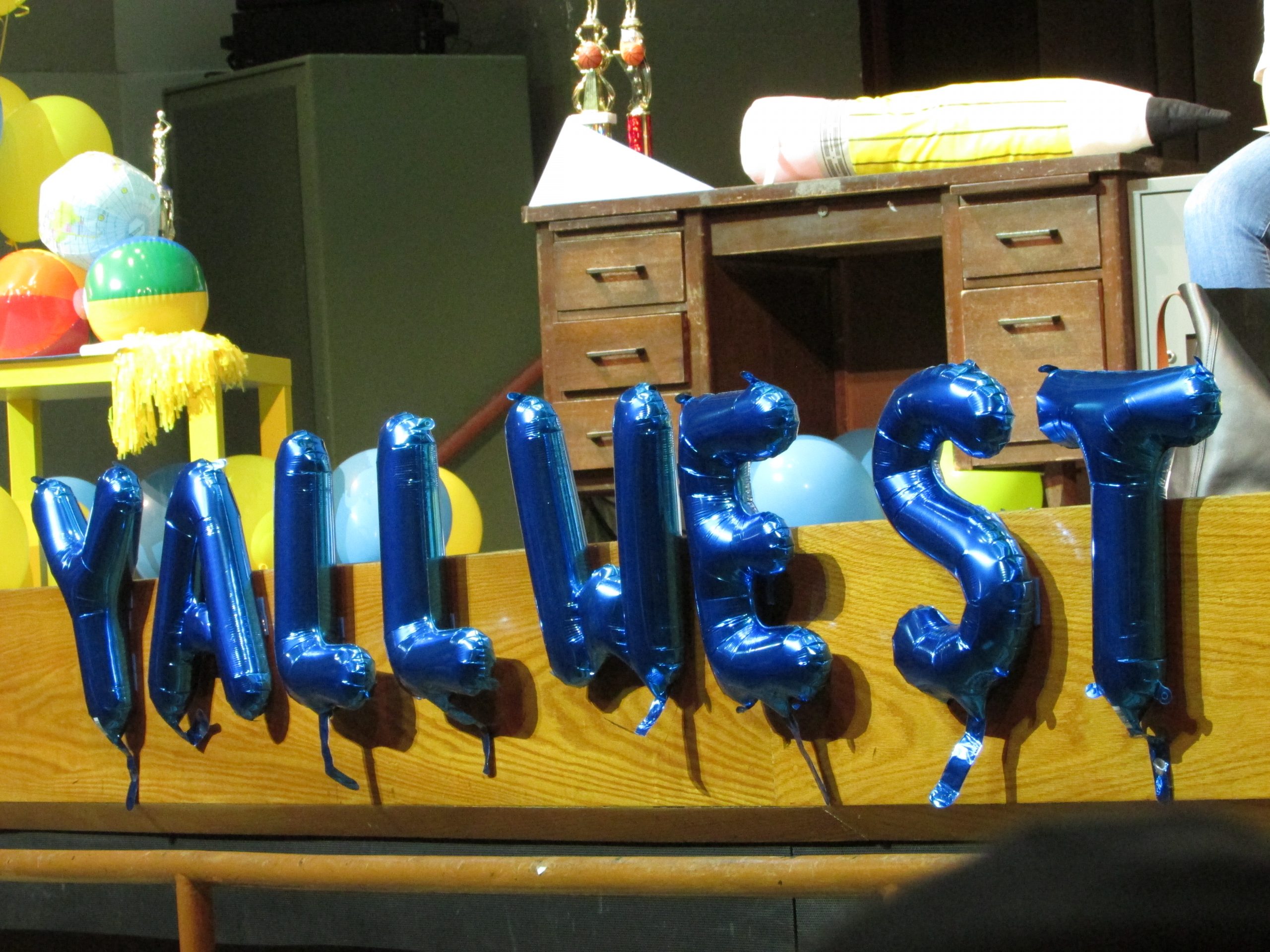 What happens at YallWest’s Smackdown, stays there. Not really find out what shenanigans your fave authors got up to.

While YallWest came to an end, it definitely went out with a bang and tons of laughter.Personally I think that the Smackdown is the best part of YallWest (alright, one of a few best parts apart from meeting friends, free books and getting meet your favorite authors at book signings). And I highly recommend to anyone who can that go to the Smackdown, even if you don’t attend any other panels (which I also recommend going to.)

Personally, I think that the Smackdown is the best part of YallWest (alright, one of a few best parts apart from meeting friends, free books and getting to meet your favorite authors at book signings). And I highly recommend to anyone who can to go to the Smackdown, even if you don’t attend any other panels (which I also recommend going to).

For those of you who may not know, Smackdown is the grand finale of YallWest in which most of the authors who attend YallWest participate in all the shenanigans and tomfoolery that happens there. This year’s Smackdown hosts were authors Veronica Roth and Alex London. The night began with Margaret Stohl and Melissa de la Cruz presenting YallWest chairs, Victoria Aveyard, Alexandra Bracken and Danielle Paige with their very own YallWest 2017 letterman jackets as a thank you gift for the hard work they put into this year’s festival. Then, the fun began.

One of the highlights of Smackdown is when some of the authors read some of their early works of writing, like fanfiction or poetry, which tend to be pretty hilarious for the most part. This year we were treated to works of Harry Potter and Romione fanfiction and poetry of heartbreak and hatred for shopping. We were also treated to a dramatic cold read of a scene of Twilight, courtesy of Shannon Hale and Brendan Reichs, with Shannon obviously playing the role of Edward Cullen and Brendan playing Bella Swan. (I, myself was on the verge of crying with laughter.)

But Smackdown isn’t only limited to the reading of early works of fiction and poetry, or scene reenactments. Games were played by the authors, much to the delight of the audience. Never Have I Ever was played by some of the authors which led to the audience finding out some incredible and maybe not-so-well-known secrets about some authors such as who has had both feet broken at the same time, who auditioned to be the Yellow Power Rangers (Leigh Bardugo), who was once mistaken for Vin Diesel (Daniel Jose Older) and who saved a five-year-old from being hit by a bus (James Dashner).

Sadly, the night and the end of Taboo marked the end of YallWest 2017. But don’t worry, among the good of the weekend, we were given the dates for YallWest’s sister festival YallFest, which is taking place on November 11th in Charleston, South Carolina. And we did manage to snag some awesome goodies to give away in the nearby future (posters, ARCs, books) so keep on the lookout for the announcements on our social media pages.

Check out these highlights from YallWest 2017’s Smackdown:

Picture Day was not a day to be messed with.

Shannon Hale and Brendan Reichs interpretation of the forest scene in Twilight.

Lindsay Cummings sharing some of her earliest writings.

Jeramey Kratz sharing with us his poem of middle school heartbreak.