Meet the author who penned YA’s bestselling ‘An Ember in the Ashes’. 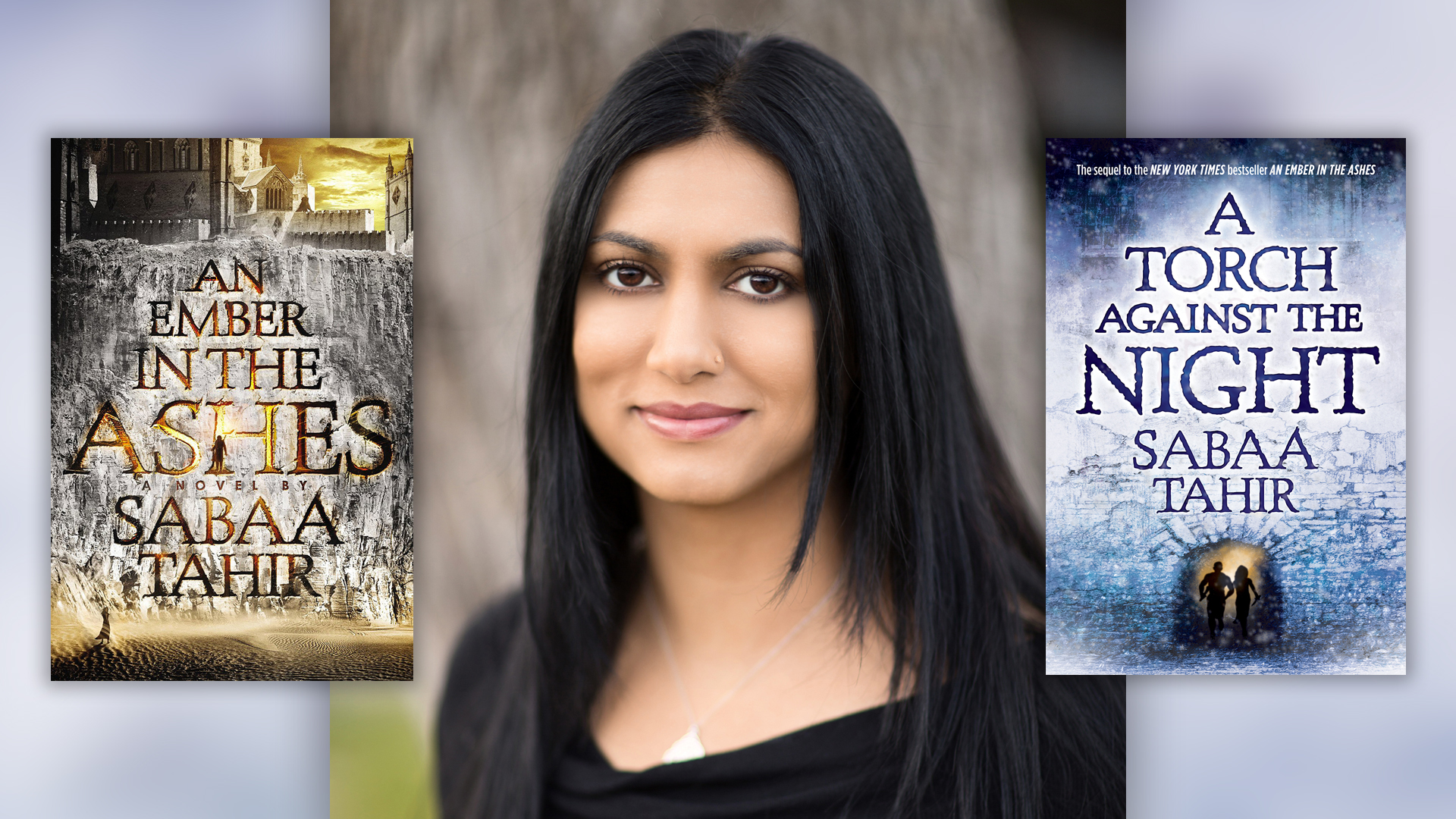 Sabaa Tahir has risen in YA circles over the last year with her blockbuster novel An Ember in the Ashes. Now she’s preparing for the release of the sequel, A Torch Against the Night.

Bookstacked had the chance to sit down with Tahir at a recent Barnes & Noble B-Fest event in Orem, Utah to talk about her success and her writing journey.

RELATED: Read an excerpt from A Torch Against the Night

It’s been a bit over a year since An Ember in the Ashes came out. What has your year been like since its release?

It’s been crazy. It’s been a combination of really, really high points — the book coming out and hearing from fans, the success that it had — and then those points you hit when you’re writing a new book — when there’s a blank page in front of me and I don’t know what to do with it. Those are more of the low points. But it’s been wonderful just getting to go to events like B-Fest, YallFest, YallWest and GeekyCon. Getting to meet, not just other authors, but actual readers and getting fan art or having people talk to me about their theories, it’s just been incredible. I have no complaints!

A Torch Against the Night is the sequel to Tahir’s Ashes. It’s scheduled for release this August.

A Torch Against the Night comes out in a few months. Was there a lot of pressure to get it right? What’s it like going into a sequel?

I think the pressure comes mostly from me. I didn’t get pressure from my house. They didn’t say, “You have to get it right!” It wasn’t like that at all. The pressure is all internal and it all comes from the love that I have for my characters and for the world and really wanting to do justice to their story as I saw it from the very beginning.

Ember was officially a standalone, only one book was purchased. But I always had this hope that it would become something more. I had planned out everything and seeded things in Book One that I could maybe one day use. So getting to start to bring those things to fruition with the second book was exciting. I’ll hopefully get to go into a third or a fourth — which also haven’t been bought yet — but I have high hopes.

I heard that you spent six, almost ten, years with these characters before writing the book?

Yeah, I spent six years writing Ember before it sold to a publishing house — and that doesn’t count the time spent editing and copyediting, so it was quite a long time. During that time I started working on Book Two in the hopes that it would get published. Again, I had to write the story so I started working on it on my own. And of course, when the book was purchased I really hit the ground running on writing the second book.

One of my favorite parts of the book were the main characters Laia and Elias. I noticed that there seems to be a lot of familial themes in the book. Laia has a complicated past with her parents and she’s driven to save her brother. Elias has a very contentious relationship with his mother. Was family a theme you were conscious of when writing the book?

Elias has this parent who is really nasty, so part of him thinks that’s his fate too, to end up like her. I wanted to explore this idea of: does it have to be that way? Can we get past that? And looking at his childhood where he spent six years with a true family — not his blood family — but his true family was something I wanted to explore.

Why did you want to explore that?

I wanted to explore that because I think that sometimes people give too much emphasis on being related to someone, particularly when you’re young. When I was in my teenage years, my friends were my family. I obviously love my parents and brother, but my friends were my family. They still are. I have a friend from when I was four and she is absolutely as much a family member to me as much as my actual family. So I wanted to explore that idea too. Sometimes it’s the people who treat you the way family is supposed to treat you who are your true family. I don’t think that kids are really told that enough.

You started at The Washington Post. It’s cool to see someone from journalism become an author like you. Did your journalism background play a role in the way you approached telling the story?

It really did. It was the difference between being able to just tell a story and being able to tell a story authentically. I worked at the international section at The Washington Post. One thing I noticed about these international stories was that they really put you in the place where the event they were covering was happening. They were talking to survivors and people who heard the bombs. All of these things come together to paint a picture. The great thing about journalism is that it gets down to the absolute basics of who, what, when, where, why and how. Journalism taught me how to do that in fiction, focusing on all of those questions. It had a huge impact on me and how I wrote.

An Ember in the Ashes by Sabaa Tahir was published in 2015.

What tips do you have for writers who want to become full-time authors?

The first is to read a ton. Read everything. Absolutely read in the genre you want to write, but also read the genres you’re not interested in writing. Maybe you want to write literary fiction; in that case, you should read non-fiction, genre books, YA, and children’s books. There’s so much to be learned from a picture book and how to tell a story.

The second thing I would say is don’t give up. It took me six years to write my first book, so that was a lot of stubbornness, so I really recommend that.

And lastly, I would say don’t make excuses. A lot of people say, “Oh, I was going to write a book but…” The thing is, if you want to write a book, you find a way to write a book. People who are writers have to write, they find a way to do it. People have written books in prison, while they’re starving, when they have no money or when they’re living in homeless shelters. People find ways to get their thoughts out there. As a writer, if you find yourself making excuses like “I’m in school” and “I have kids,” just find little places where you can write, little elbows of time. I wrote so much of Ember in these 15 or 20 minutes of pockets of time between my kid sleeping and when I was home from work before doing family stuff. That’s something not enough people realize. You can write a book not having to sit down every day for five hours in front of the computer. It takes longer, but it is possible!

On the subject of writing, I don’t know if you’ve been keeping up with the news about Harry Potter and the Cursed Child, but there was a lot of surprise with the casting of Hermione Granger. That, fortunately, brought up a lot of discussions about diversity in stories. What do you do to include diversity in your writing?

I research a lot. For me, the diverse groups in my book represent me — that’s my reality. I kind of feel more comfortable in representing them. But if I do approach the types of diversity that I’m not as familiar with, then my goal is to talk to people, understand it, research it, and then have sensitivity readers come in. And not just one reader, not just your friend or mom or somebody who’s peripherally related to that diverse group. You need people where that’s their reality, they live that life, and you need more than one person. The goal isn’t for them to come in and re-write your book. It’s for you to understand whether you’re doing everything you can to accurately and fairly portray a group that you don’t belong to.

Sabaa Tahir grew up in California’s Mojave Desert at her family’s eighteen-room motel. There, she spent her time devouring fantasy novels, raiding her brother’s comic book stash, and playing guitar badly. She began writing An Ember in the Ashes while working nights as a newspaper editor. She likes thunderous indie rock, garish socks, and all things nerd. Sabaa currently lives in the San Francisco Bay Area with her family.

Learn more about Sabaa Tahir, her books and where to buy them at AnEmberInTheAshesBook.com and SabaaTahir.com.