New sneak peek of ‘A Torch Against the Night’ 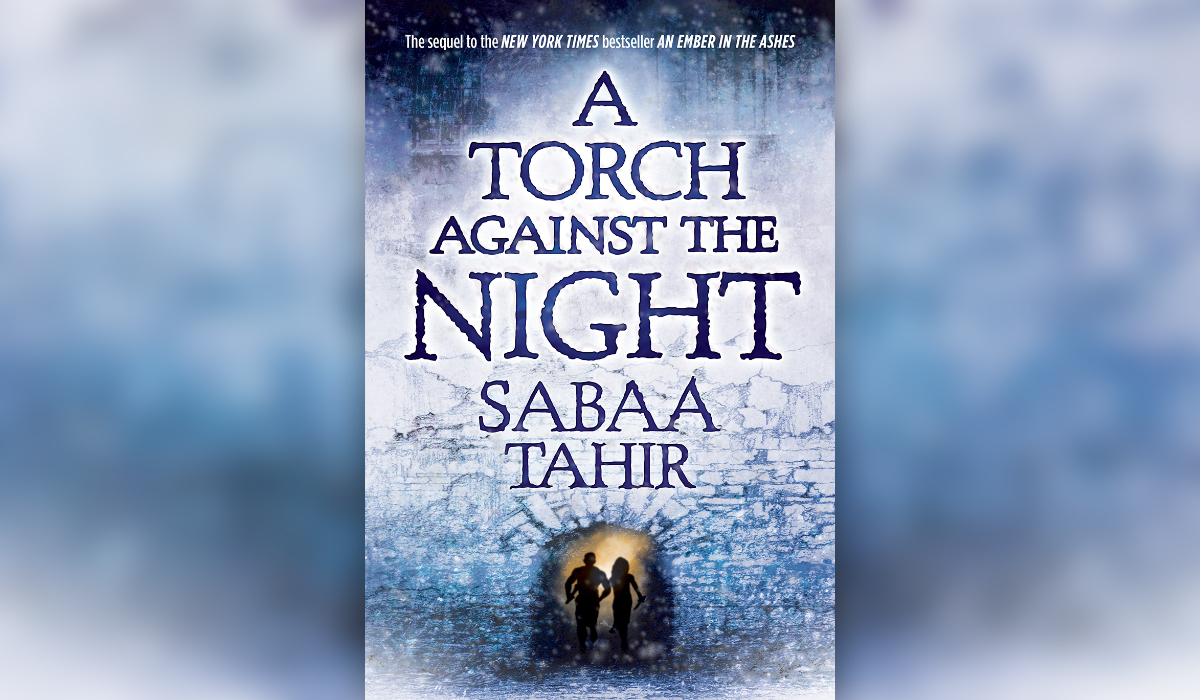 What will Helene have to do as the new Blood Shrike? Sabaa Tahir’s ‘A Torch Against the Night’ is less than 2 months away — check out this sneak peek!

Yesterday author Sabaa Tahir released an excerpt via Bustle from  A Torch Against The Night, the sequel of last year’s An Ember in the Ashes.

The surprise here is that the excerpt is from Helene Aquilla’s point of view, meaning that… we’ll be getting at least three point of views in this book! (Laia, Elias and Helene!!)

If you recall, Helene is the only female student at Blackcliff, the third in her class, a Mask and Elias’s best friend. Last time we saw her, she was helping Laia and Elias escape, but warned them that next time they see each other they would be enemies. She’s the new Blood Shrike (second in command) and has sworn loyalty to the despicable Marcus Farrar, the new Emperor.

The book will hit shelves on August 30, 2016 but we fortunately have the excerpt below! Be sure to also read Laia’s and Elias’s sneak peeks!

A Torch Against the Night Excerpt

Emperor Marcus has taken up residence in Villa Veturia.

“At the Commandant’s urging, no doubt,” my father says, as guards wearing Veturia colors open the villa’s gate to us. “She’ll want to keep him close.”

I wish he’d picked anywhere else. Memory assails me as we pass through the courtyard. Elias is everywhere, his presence so strong that I know if I just turn my head, he’ll be inches away, shoulders thrown back in careless grace, a quip on his lips.

But of course he’s not here, and neither is his grandfather, Quin. In their places are dozens of Gens Veturia soldiers watching the walls and roofs. The pride and disdain that were the Veturia hallmark under Quin are gone. Instead, an undercurrent of sullen fear ripples through the courtyard. A whipping post is haphazardly erected in one corner. Fresh blood spatters the cobblestones around it.

I wonder where Quin is now. Somewhere safe, I hope. Before I helped him escape into the desert north of Serra, he gave me a warning. You watch your back, girl. You’re strong, and she’ll kill you for it. Not outright. Your family is too important for that. But she’ll find a way. I didn’t have to ask him whom he was talking about.

My father and I enter the villa. Here’s the foyer where Elias greeted me after our graduation. The marble staircase we raced down as children, the drawing room where Quin entertained, the butler’s pantry at its back, where Elias and I spied on him.

By the time Father and I are escorted to Quin’s library, I am scrambling for control over my thoughts. It’s bad enough that Marcus, as Emperor, can order me to do his bidding. I cannot also allow him to see me mourning Elias. He’ll use such weakness to his advantage—I know it.

“Blood Shrike.” Marcus looks up at my entry, my title somehow insulting on his lips. “Pater Aquillus. Welcome.”

I’m not sure what to expect when we enter. Marcus lounging among a harem of bruised and beaten women, perhaps.

Instead, he’s in full battle armor, his cape and weapons bloodied, as if he’s been in the midst of the fighting. Of course. He’s always loved the gore and adrenaline of battle.

Two Veturia soldiers stand at the window. The Commandant is at Marcus’s side, pointing to a map on the desk before them. As she leans forward, I catch a glimmer of silver beneath her uniform.

The bitch is wearing the shirt she stole from me.

“As I was saying, my lord,” the Commandant nods in greeting, before picking up the thread of the conversation. “Warden Sisellius of Kauf must be dealt with. He was cousin to the old Shrike and shared intelligence from Kauf’s prisoner interrogations with him. It was the reason the Shrike was able to keep such a tight rein on internal dissent.”

“I can’t look for your traitorous son, fight the rats’ revolution, bend the Illustrian Gens to my will, deal with border attacks, and take on one of the most powerful men in the Empire, Commandant.” Marcus has taken to his authority naturally. As if he’s been waiting for it. “Do you know how many secrets the Warden knows? He could raise an army with a few words. Until we have the rest of the Empire sorted, we leave the Warden be. You’re dismissed. Pater Aquillus.” Marcus glances at my father. “Go with the Commandant. She will handle the details of our . . . arrangement.”

Arrangement. The terms of my release. Father still has not told me what they were.

But I can’t ask now. Father follows the Commandant and the two Veturia soldiers out. The study door slams behind them. Marcus and I are alone.

Read the rest at Bustle!