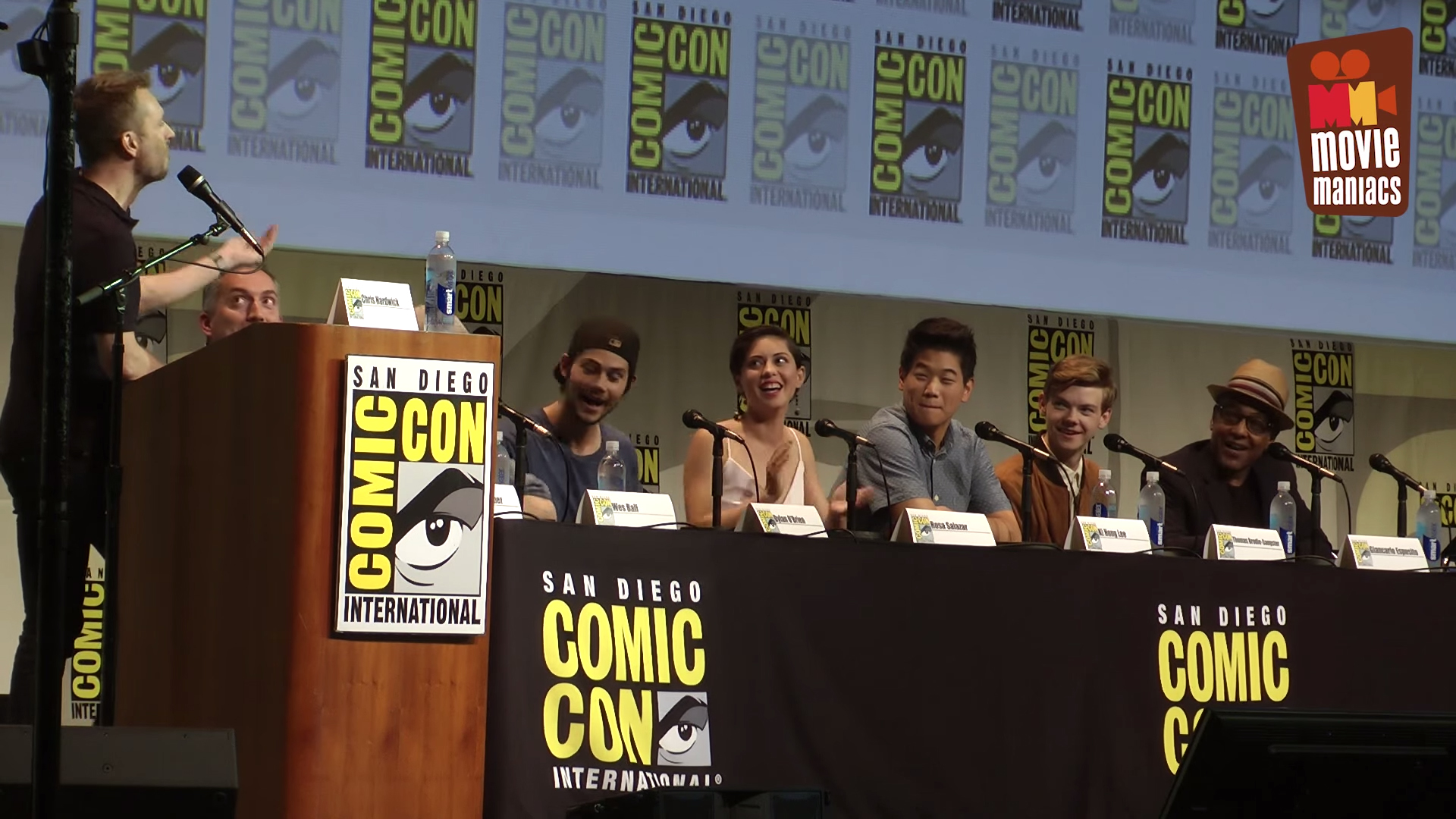 The cast of ‘The Maze Runner: The Scorch Trials’ at San Diego Comic Con 2015.

Here are some of the highlights of the panel:

As you watch the panel, you can definitely get a feeling of brotherhood between the actors and how excited they were to be working together again.

A new trailer was also shown at the panel. Unfortunately, we didn’t get to see the new trailer, only the people in the audience did.  Cranks supposedly made an appearance in this trailer. Hopefully it wont take long to hit the web.

I guess Hong Lee was happy to be there

Is it September yet??