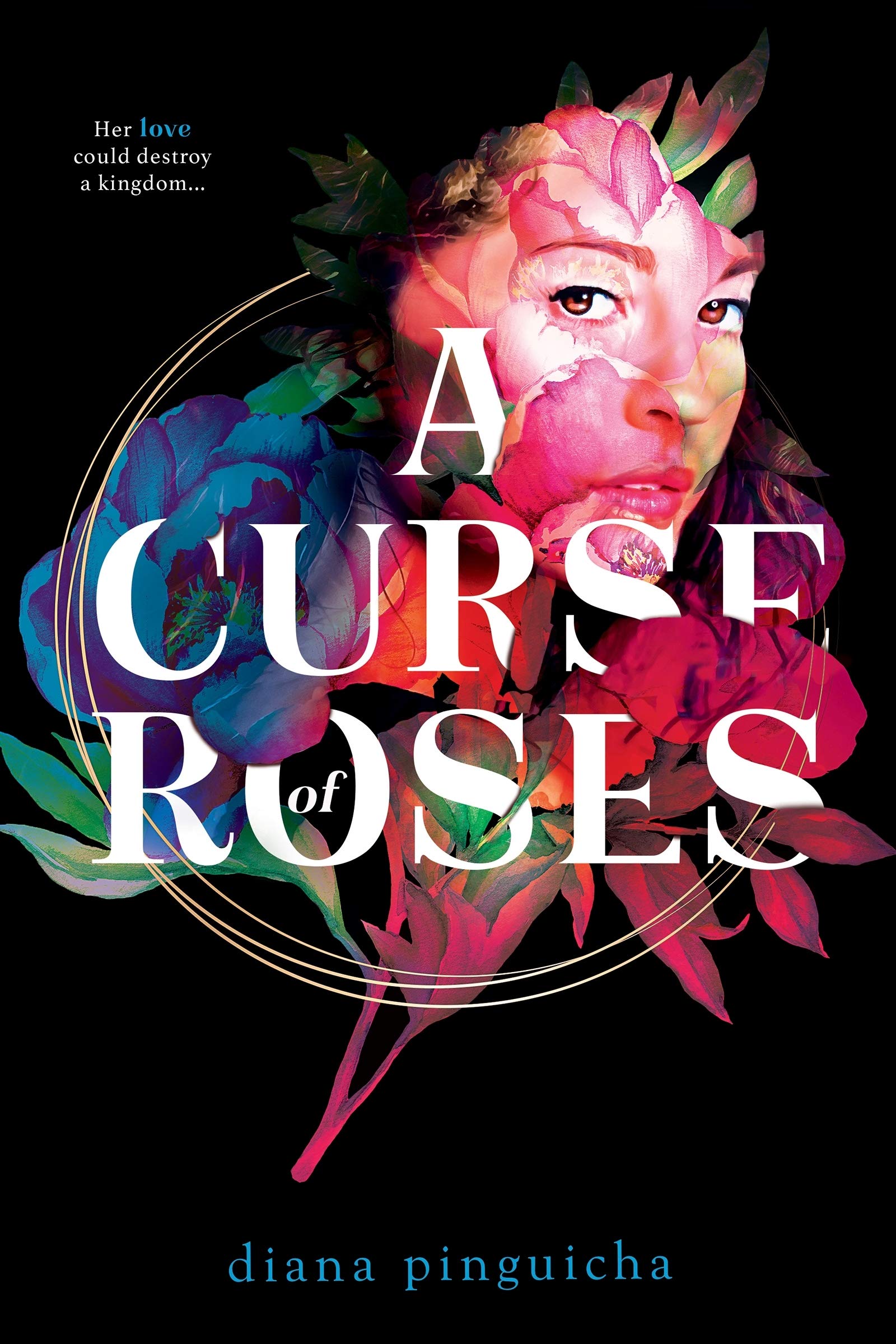 'A Curse of Roses' by Diana Pinguicha (Entangled: Teen)

REVIEW: ‘A Curse of Roses’ by Diana Pinguicha is an inspiring tale

In ‘A Curse of Roses’ by Diana Pinguicha, Yzabel of Aragon struggles with her curse until she learns to embrace herself.

A Curse of Roses by Diana Pinguicha is a retelling of Queen Isabel de Aragão’s life and miracle, in which Yzabel of Aragon struggles under the weight of her curse until she learns to embrace all parts of herself with Fatyan’s help.

There’s a famine plaguing the land, and Princess Yzabel is wasting food simply by trying to eat. Before she can even swallow, her magic—her curse—has turned her meal into a bouquet. She’s on the verge of starving, which only reminds her that the people of Portugal have been enduring the same pain.

If only it were possible to reverse her magic. Then she could turn flowers…into food.

Fatyan, a beautiful Enchanted Moura, is the only one who can help. But she is trapped by magical binds. She can teach Yzabel how to control her curse—if Yzabel sets her free with a kiss. As the King of Portugal’s betrothed, Yzabel would be committing treason, but what good is a king if his country has starved to death?

She’d sought out Fatyan to help her save the people. Now, loving her could mean Yzabel’s destruction.

Based on Portuguese legend, this #OwnVoices historical fantasy is an epic tale of mystery, magic, and making the impossible choice between love and duty…

From the moment Yzabel wakes up with the curse on the 12th birthday, she lives in fear of wasting away like her great aunt who suffered a similar fate and died young. As such, she and her entourage try everything in their power to get rid of it, even seeking the help of an Enchanted Moura.

A note on the book itself before getting onto the review. Per Pinguicha’s own review, A Curse of Roses contains a number of sensitive subjects that readers might find triggering, such as:

The first half of the book is especially rife with themes pertaining to eating disorders, and there is no build up to it.

A Curse of Roses is largely a character driven story. When it begins, Yzabel’s weakened state dominates everything in her life, including her thoughts. Even though she’s struggling, she strives to be kind. Her kindness both defines her character and pushes the plot forward, as everything she does is to help her people. However, her selflessness is also her biggest fault and her biggest challenge to overcome.

Her struggles with her curse have put Yzabel in a dark place, one where it’s not only killing her but wasting precious food. This mindset was uncomfortable to experience, especially combined with beliefs about religiously motivated self harm and the havoc the curse is wreaking on her. Pulling herself out of it is just one aspect to mastering the curse.

Fatyan is Yzabel’s opposite in many ways. She’s outspoken to a fault, thinks for herself and is a very welcome contrast to Yzabel’s darkness. Their friendship allows Yzabel to relax her guard and experience a world outside of the church’s strict teachings. As their relationship develops, it eventually gives Yzabel the strength to stand on her own against a court bent on breaking her.

Pinguicha’s Portuguese court is vividly developed. The little information on the wider world serves to bring the one around Yzabel into sharp focus, while the vagueness of the magic system opens up a world of possibilities. Brites’ comments about the workings of the castle, Dennis’ handling of his court, the history peppered throughout the story and more paint an image of a bustling castle that easily sucks the reader in.

This is also true of the book as a whole, which I attribute to the writing. Pinguicha has a way of making you care for even the slightest thing when she writes. It’s not overly descriptive, but she includes the details that count both to push a character and drive plot forward, and to give side characters a life of their own. I struggled with the beginning due to the heavier themes, but once Yzabel began her journey of recovery I couldn’t put the book down.

A Curse of Roses by Diana Pinguicha is a tale of growth and acceptance of oneself in the face of a cruel world. I very much enjoyed the book. Yzabel’s journey was inspiring, her awakening in regards to her sexuality was hilarious at times, and the ending couldn’t have been better.