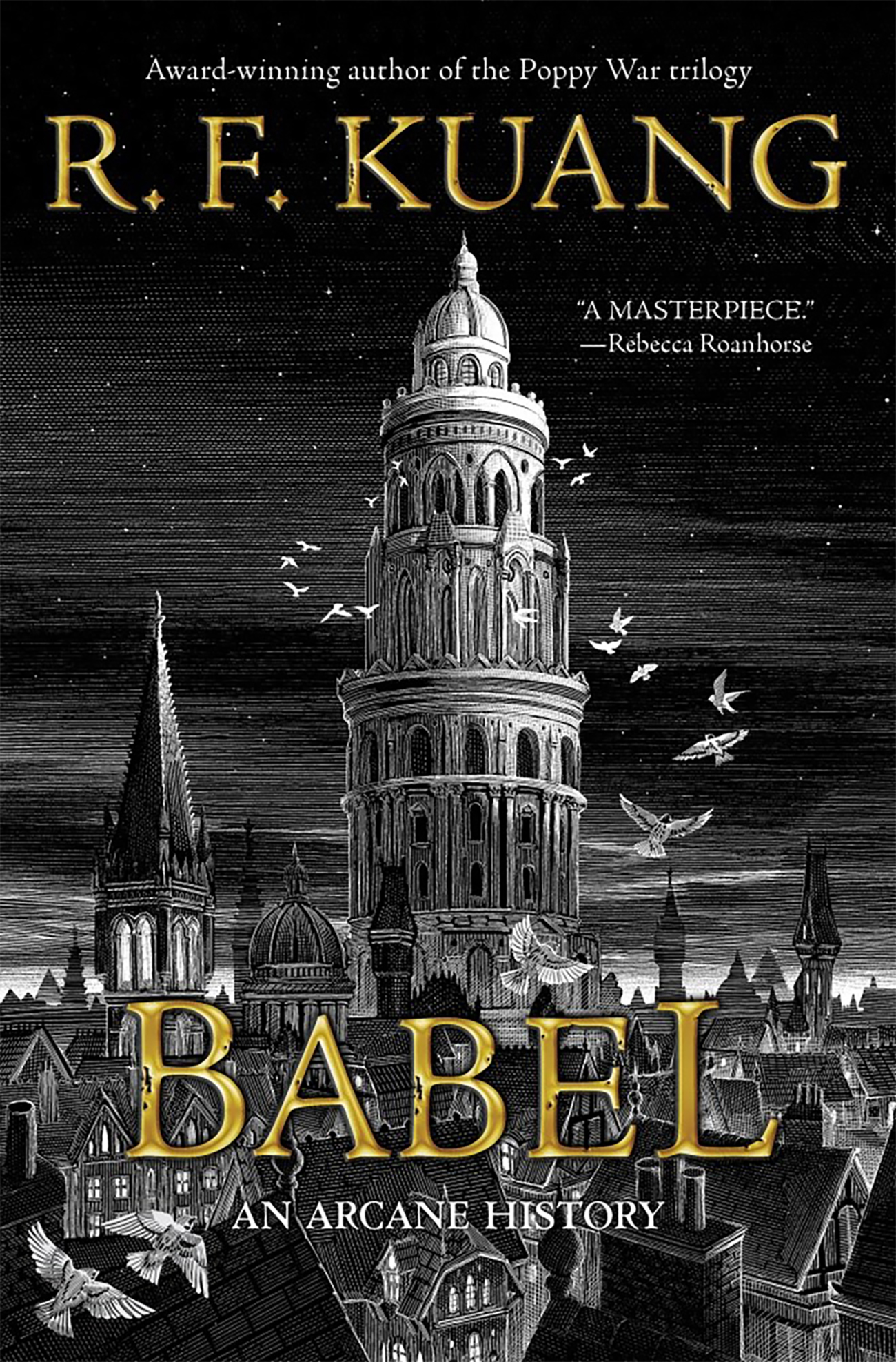 REVIEW: ‘Babel: An Arcane History’ by R. F. Kuang plays on the familiar and the new

A moving tale about the morality of trying to belong to the society that colonised your people.

When Robin is confronted with the true reality of the British Empire, he must decide for himself whether he is strong enough to make a change in Babel, or the Necessity of Violence: An Arcane History of the Oxford Translators’ Revolution by R. F. Kuang.

Traduttore, traditore: An act of translation is always an act of betrayal.

1828. Robin Swift, orphaned by cholera in Canton, is brought to London by the mysterious Professor Lovell. There, he trains for years in Latin, Ancient Greek, and Chinese, all in preparation for the day he’ll enroll in Oxford University’s prestigious Royal Institute of Translation — also known as Babel.

Babel is the world’s center of translation and, more importantly, of silver-working: the art of manifesting the meaning lost in translation through enchanted silver bars, to magical effect. Silver-working has made the British Empire unparalleled in power, and Babel’s research in foreign languages serves the Empire’s quest to colonize everything it encounters.

Oxford, the city of dreaming spires, is a fairytale for Robin; a utopia dedicated to the pursuit of knowledge. But knowledge serves power, and for Robin, a Chinese boy raised in Britain, serving Babel inevitably means betraying his motherland. As his studies progress Robin finds himself caught between Babel and the shadowy Hermes Society, an organization dedicated to sabotaging the silver-working that supports imperial expansion. When Britain pursues an unjust war with China over silver and opium, Robin must decide: Can powerful institutions be changed from within, or does revolution always require violence? What is he willing to sacrifice to bring Babel down?

Babel — a thematic response to The Secret History and a tonal response to Jonathan Strange & Mr. Norrell — grapples with student revolutions, colonial resistance, and the use of translation as a tool of empire.

After his family dies of cholera, Robin Swift is plucked from the Chinese Empire in order to be raised and trained as a translator to serve the British Empire’s silverworking industry from Oxford. Growing up alongside him for the first third of the novel, we see a lonely boy trying to mould himself into a british subject, but never quite fitting in. Once at Oxford, he flourishes until cracks begin to appear in his vision of the perfect Empire. R. F. Kuang pulls no punches in describing just how much disdain the white British population has for foreigners, particularly those of colour, and the privilege a white-passing person like Robin has. Despite this, it takes him a long time before he decides to actively rebel against the Empire, which is at the heart of his character arc.

Kuang doesn’t hesitate to make the rest of her characters just as nuanced: Ramiz must toe the line between what’s accepted and what he truly wants; Victoire must swallow the constant racism she faces even from those close to her, while Lettie struggles to escape her brother’s shadow and the Empire’s propaganda. Despite the fact that the narration is centered on Robin, each of his cohort struggles against the Imperial machine in different ways.

In Babel, Kuang crafts an alternate world where bars of silver and linguistics can be used to influence the world; as such languages are central to the plot. It’s clear that Kuang researched the subject down to minute details as we get the etymology, the meaning and the use of different words across a number of languages — even going so far back as the reconstructed Indo-European language. Robin is constantly examining the origin of words both to himself and in conversations with others, while the snippets of class we experience give insight into how translation operates even beyond the novel.

The worldbuilding also excels as every place Robin visits feels alive and has its own character; London is fascinating at first but Robin quickly settles into it, Oxford maintains an air of whimsy for most of the novel despite what Robin comes to find out, while Canton feels alien even though it’s his birthplace. Kuang’s magic system is fascinating to say the least, as are the consequences that magic system has on the world beyond England, which the author doesn’t shy away from.

In Babel: An Arcane History England’s history with oppression and distrust of The Other become a central theme. She asks her readers to examine the impact of the imperial machine, both on the colonies and closer to home, through increasingly alarming incidents, and how that impact can affect people in different ways. Despite the constant undercurrent of an increasingly violent Empire, Kuang does emphasise how bad the situation is through long monologues on the subject. Each brought something new to the table, but they did occasionally feel like a reminder of something that is impossible to miss.

R. F. Kuang’s writing reflects the academic setting of the novel. Rather than being dry, this makes the world more immersive and the tone of the writing changes as Robin’s opinions of Babel do. Her pacing will be familiar to anyone who’s read The Poppy War as it follows the same structure: a narrative that develops over many years for the first half of the novel that gradually focuses on a matter of months, then weeks, and at the end just a handful of days. As an audiobook, it’s a pleasure to listen to, especially when the narration switches from Chris Lew Kum Hoi, who narrates the plot, to Billie Fulford-Brown who takes over the purely linguistic aspects.

Overall Babel: An Arcane History by R. F. Kuang is a new lens through which to experience the violence of the British Empire, told through the eyes of a man plucked from his motherland and made to serve the imperial machine. At times it becomes an uncomfortable read that examines degrees of privilege within British society, and whether or not the characters will do what it takes to be “acceptable”. The plot and world become a backdrop for these moral questions, while the volatile ending leaves the door open to the reader’s imagination.

A tale with a strong message.