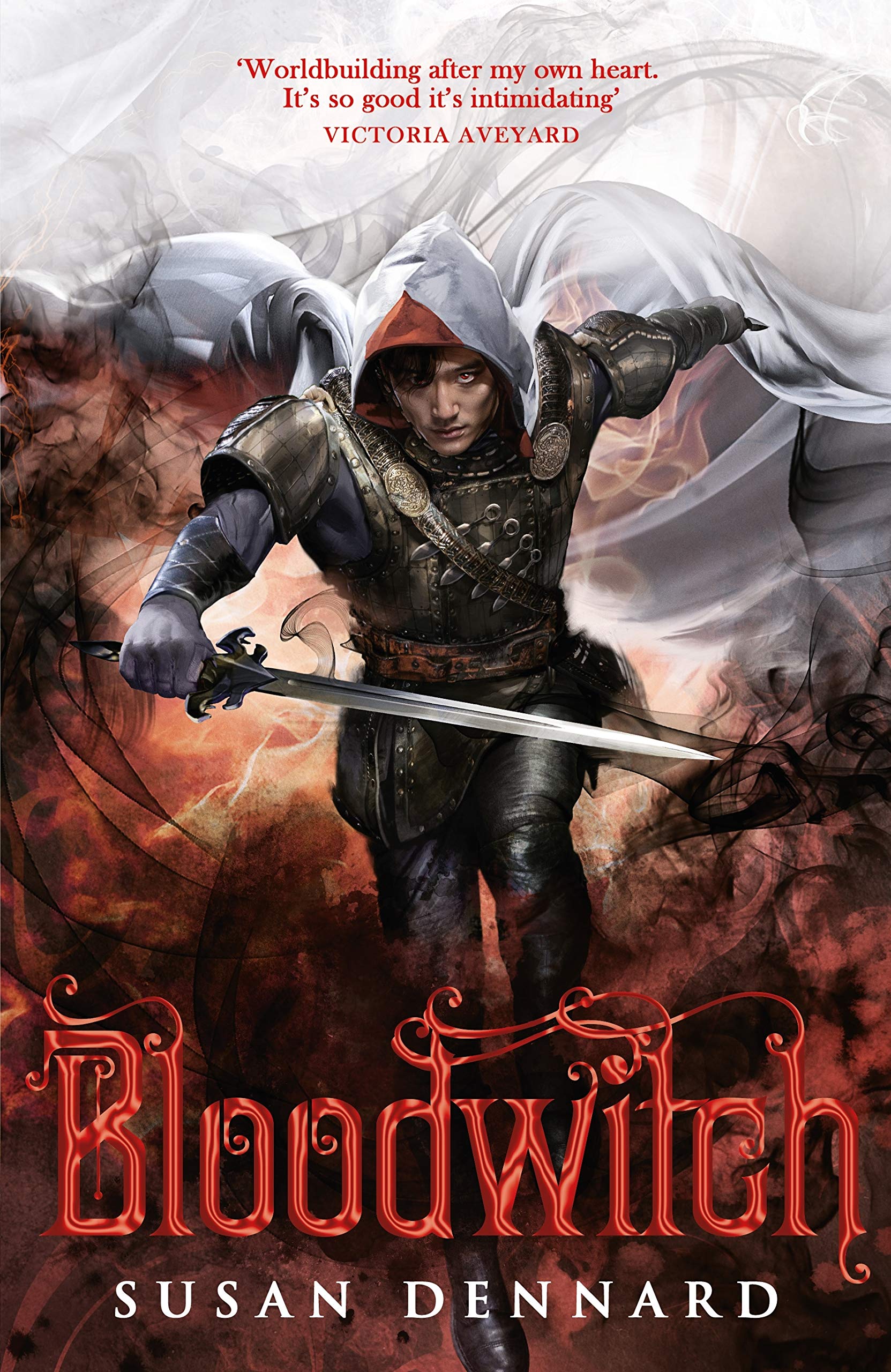 REVIEW: ‘Bloodwitch’ by Susan Dennard is sure to be a fan favorite

Susan Dennard pulls out all the stops in the latest installment to her Witchlands series!

After being disappointed with Windwitch, I’m happy to say that Bloodwitch reached all of my expectations and more. The entire Witchlands ensemble is back to continue on their adventure full of pain and ultimately growth.

High in a snowy mountain range, a monastery that holds more than just faith clings to the side of a cliff. Below, thwarted by a lake, a bloodthirsty horde of raiders await the coming of winter and the frozen path to destroy the sanctuary and its secrets.

The Bloodwitch Aeduan has teamed up with the Threadwitch Iseult and the magical girl Owl to stop the destruction. But to do so, he must confront his own father, and his past.

Bloodwitch picks up where Windwitch left off. Aeduan and Iseult are continuing their search for the woman from Owl’s tribe. Safi is with Empress Vaness where she uses her Truthwitch powers in hopes to help Nubrevna. Then there’s poor Merik who can’t seem to catch a break as he travels alongside Ryber and Cam while the Fury hunts them.

The previous books in this series have relied heavily on world building, but now that the Witchlands are established, Bloodwitch can focus solely on its characters. As a fan of character driven stories, I extremely enjoyed this aspect of the book because everyone became more interesting. There’s usually at least one POV that I wish I could skip but I never had the urge to skim any chapters in Bloodwitch.

All of the characters are battling threats in the outside world, as well as within. Their insecurities take them on a well deserved journey that leads to great development for each of them, especially Vivia. They are able to find their inner strength and purpose in Bloodwitch. Readers will be excited to see the future of all their favorites!

The chemistry between everyone is still great, too. There are relationships that grow both stronger and weaker. I can’t write a review for this book without mentioning Aeduan and Iseult who have grown to be a fan (my) favorite in this series. If you’re a shipper of these two then I think you will be happily surprised with the bond these two continue to share. Merik and Kullen have an even more complicated relationship. And the heart of this story is still the bond Safi and Iseult share.

As the story continues, the plot thickens. There won’t be one moment where readers are bored thanks to how well paced Bloodwitch is. The action scenes are brutal. The politics are getting more complicated. And when the characters are left to ponder by themselves, it’s a different type of fight they face.

Susan Dennard’s writing is the best it has ever been in Bloodwitch. She brilliantly tells a story that feels fresh inside a world we already know. It made me eager to turn to the next page!

Overall, I loved Bloodwitch. It’s packed with beautiful detail from the world to learning more about each character. Readers will grow to love everything this series has to offer. But make sure to prepare yourselves for an epic adventure, especially in the final act of Bloodwitch!

After two and a half books, the Witchlands series is now fleshed out and readers can easily immerse themselves back into the world in Bloodwitch. Thanks to this, Bloodwitch is the best book of the series thus far. Still told through multiple POVs, the plot will never bore readers and every character gets much needed development by the end. Susan Dennard has outdone herself with this installment. She has grown as a writer and through Bloodwitch we can see how well she can tell a brilliant story.