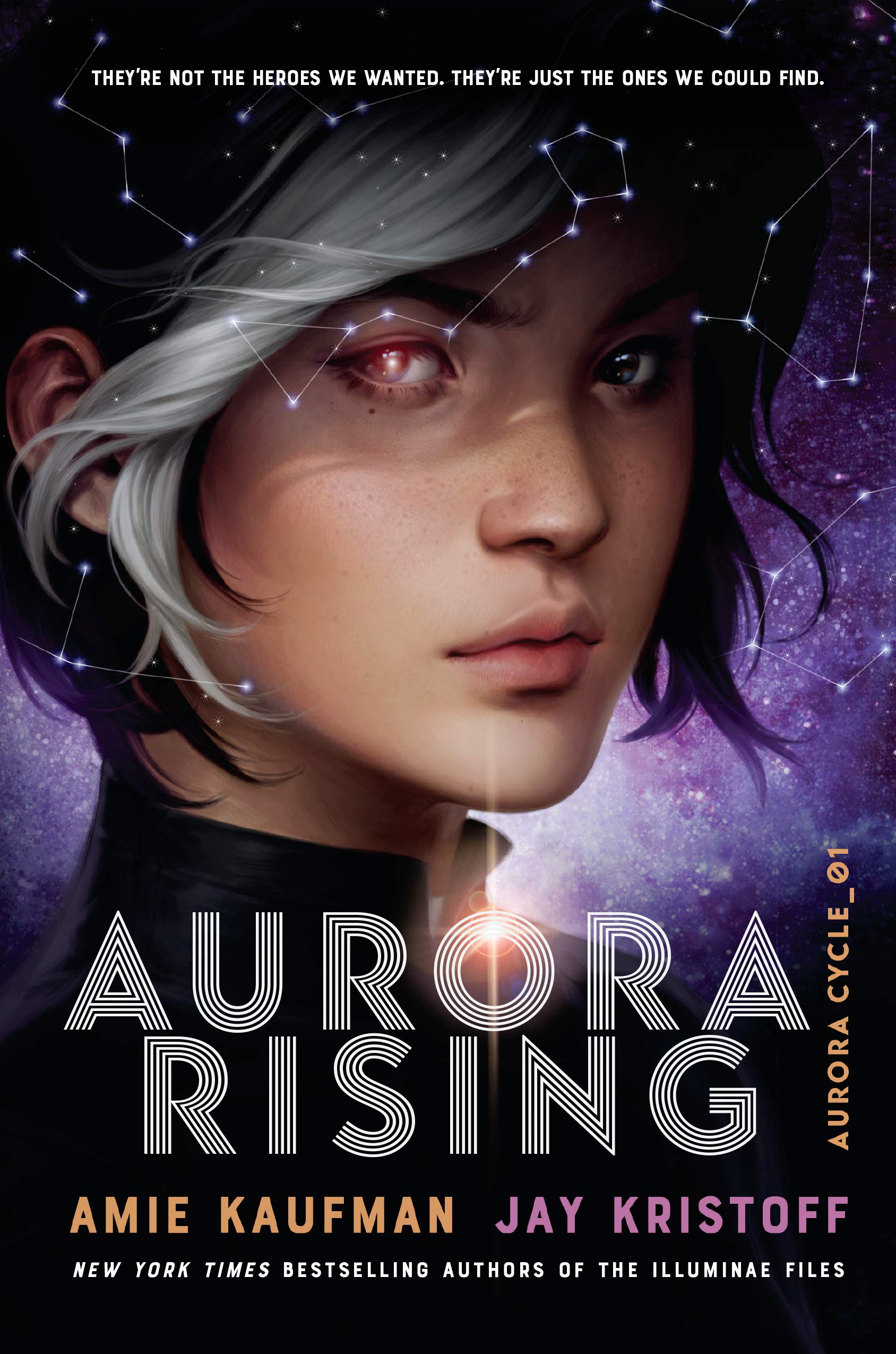 ‘Aurora Rising’ asks one question: can a group of misfits become heroes and save the entire galaxy?

Jay Kristoff describes this book as The Breakfast Club meets Guardians of the Galaxy, and that is exactly what Aurora Rising is.

The year is 2380, and the graduating cadets of Aurora Academy are being assigned their first missions. Star pupil Tyler Jones is ready to recruit the squad of his dreams, but his own boneheaded heroism sees him stuck with the dregs nobody else in the Academy would touch. . .

A cocky diplomat with a black belt in sarcasm

A sociopath scientist with a fondness for shooting her bunkmates

A tomboy pilot who’s totally not into him, in case you were wondering

And Ty’s squad isn’t even his biggest problem – that’d be Aurora Jie-Lin O’Malley, the girl he’s just rescued from interdimensional space. Trapped in cryo-sleep for two centuries, Auri is a girl out of time and out of her depth. But she could be the catalyst that starts a war millions of years in the making, and Tyler’s squad of losers, discipline-cases and misfits might just be the last hope for the entire galaxy.

They’re not the heroes we deserve. They’re just the ones we could find. Nobody panic.

Aurora Academy’s “golden boy”, Tyler Jones, is determined to have the best squad in the galaxy after the Draft. But he never expected to be the one to find Aurora Jie-Lin O’Malley, a girl who has been is cryo-sleep for 220 years. Causing him to miss the Draft, Tyler is now left with a group of losers, discipline cases, and sociopaths. Poor guy has to not only deal with a girl out of time but also a squad he never wanted.

For readers who love space then this book is sure to be a new favorite! There’s a lot of information woven into the story as Kristoff and Amie Kaufman build this world. And it’s amazing. It feels familiar and new at the same time which makes it easy to relate to the characters, too. There is some space lingo that made it hard to follow along concerning the dialogue but once the story begins flowing easily it becomes more natural.

With seven different POVs, Kristoff and Kaufman’s writing is at its best in Aurora Rising. There is no doubt that they make a great team and their strength is always the characters they develop. Squad 312 makes Aurora Rising a fantastic read. The group instantly has such a fun chemistry with one another. All of them are smart and bring different strengths to the team.

Tyler Jones is their trusted leader who will do anything to keep them safe. His twin, Scarlett, loyally stays by his side and is definitely the “mom” of the squad, as she ensures their well-being. Cat is a character readers will either love or hate but there’s no questioning how fierce she is. Kal is the brooding warrior. Zila is the smartest person in the galaxy (probably). Finian challenges Scarlett on being the most sarcastic of the squad. He’s also a fighter — despite Kal constantly questioning whether he’s much of a warrior or not.

Rounding off the group is the unplanned squad member, Aurora, who is the character at the center of Aurora Rising. She wakes up in a completely new world and becomes isolated. She’s just lost everything she’s ever known and loved. And now she’s the one who will lead this squad of misfits to their possible doom.

Squad 312 travels throughout the galaxy with faith being the only thing keeping them (somewhat) sane. They don’t know their future or what is at stake as their journey begins, but they’re ready to surrender and see this mission to the end.

Aurora Rising is a great beginning to what is sure to be an epic series. With space as its background, the characters will pull readers into this epic adventure! This is a story about finding a home in a place you least expected to. It’s about finding your people and having faith in the ones you love. I highly recommend this book to fans of sci-fi! Aurora Rising goes on sale on May 7th so make sure to pre-order and get your copies!

Jay Kristoff and Amie Kaufman have proven how brilliant of a team they make. Their writing is at its finest in Aurora Rising. This is a story about lost souls, kids who have been discarded — kids that are meant for more. They’re the group of misfits the galaxy never knew they needed and readers are sure to love squad 312. Prepare yourselves for a fun adventure in Aurora Rising that will keep you turning the pages!