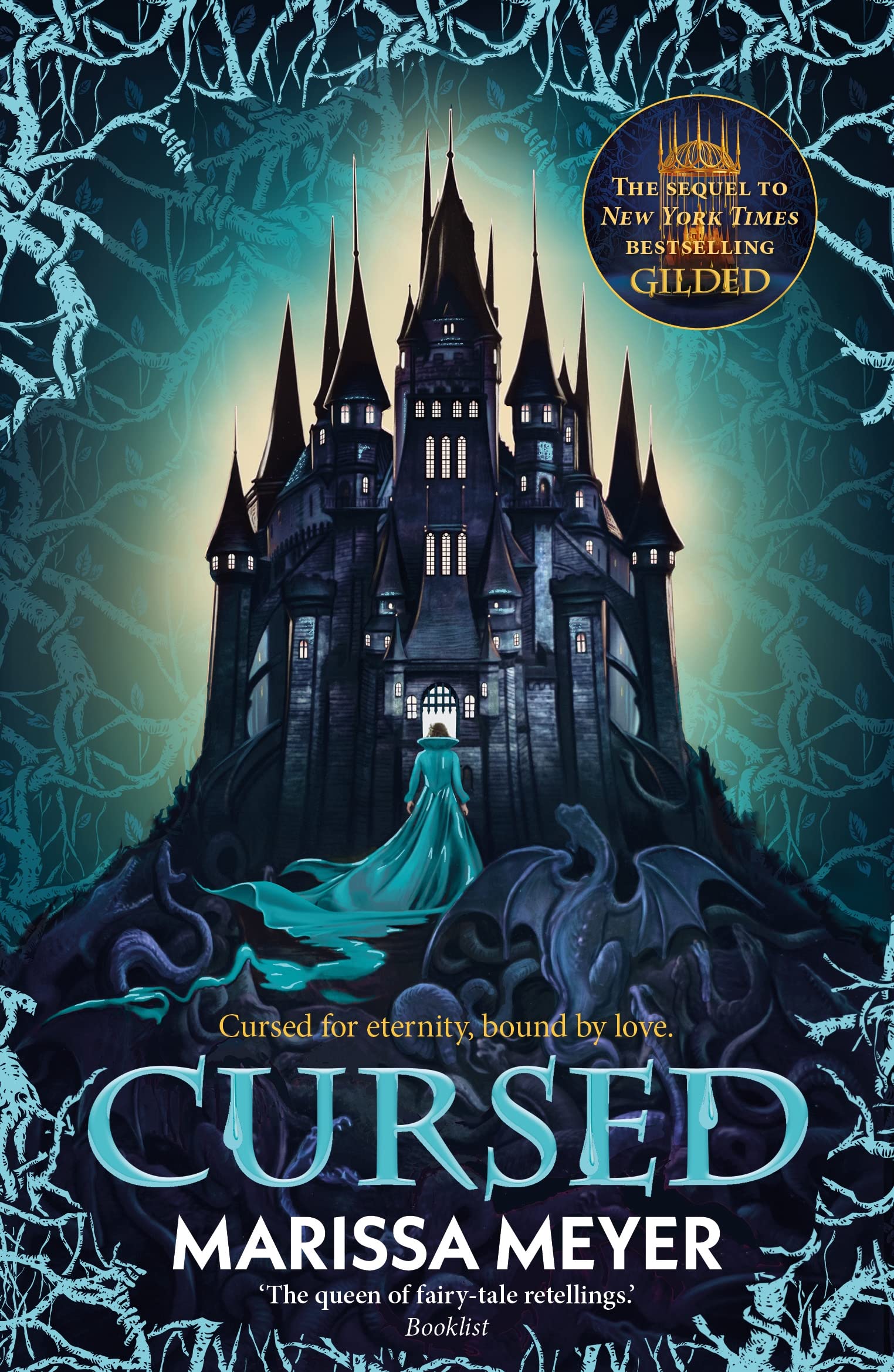 REVIEW: ‘Cursed’ by Marissa Meyer was a fun sequel

A fun read but needing something more: ‘Cursed’ offers a satisfying conclusion to ‘Gilded’.

Marissa Meyer’s Cursed is the follow up to Gilded, a retelling of Rumplestiltskin…with a twist. Cursed places us back in Adalheid Castle with Serilda who has more at stake than ever.

Adalheid Castle is in chaos.

Following a shocking turn of events, Serilda finds herself ensnared in a deadly game of make-believe with the Erlking, who is determined to propel her deeper into the castle’s lies. Meanwhile, Serilda is determined to work with Gild to help him solve the mystery of his forgotten name and past.

But soon it becomes clear that the Erlking doesn’t only want to use Serilda to bring back his one true love. He also seeks vengeance against the seven gods who have long trapped the Dark Ones behind the veil. If the Erlking succeeds, it could change the mortal realm forever.

Can Serilda find a way to use her storytelling gifts for good — once and for all? And can Serilda and Gild break the spells that tether their spirits to the castle before the Endless Moon finds them truly cursed?

My main take away from Cursed is that it wasn’t quite as captivating as its predecessor, Gilded. The story remained fun and page-turning, but I found it a little slow in places. At times, the tale felt drawn out and the plot delayed — with chapters of Serilda delaying inevitable situations and frequent Wild Hunt preparations depicted. Perhaps Cursed lacked the retelling structure that made Gilded at once familiar and magically new.

That’s not to say I didn’t enjoy the novel. The characterisation of Serilda is excellently written. Her adoration for the children she is responsible for is palpable. It is made clear she would do anything for them — often to her own detriment. She is a well-rounded character and is fiercely independent to a fault. She finds herself manipulated and trapped by the Erlking and is so fearful of getting anyone else hurt that she tries to deal with everything alone.

That particular quality became frustrating at times, especially when it meant we didn’t see as much of Gild in this book. Arguably one of the best parts of Gilded, our love-interest very much becomes the poltergeist he claims to be as he is gone for a lot of the book. When he does pop up it is for fleeting conversations and strained relations, which definitely evoked sympathy for him. I love his character but without much screen time it was hard to determine much character development.

Meyer’s writing in Cursed was a little weaker than the first novel. Even though tensions run high and there is a lot at stake for Serilda, Gild and the ghosts of Adalheid, I never truly believed it. The Erlking’s threats never quite came through and I never felt anything particularly bad happened — or if it did it didn’t have the impact it needed to create antagonism within the story.

That being said, it was still satisfying to come to the end of the novel and discover exactly how things would be turned around, and to discover some of the long-hidden secrets of Gild and his family.

Cursed is worth the read if you were a fan of Gilded. It offers a satisfying conclusion and is a fun read, even if it doesn’t quite match up to its predecessor.

Characters: fun to be around but needed more depth to truly become invested in them.

Theme/Message: I always love a retelling and it was interesting to see the direction Meyer took this one in.