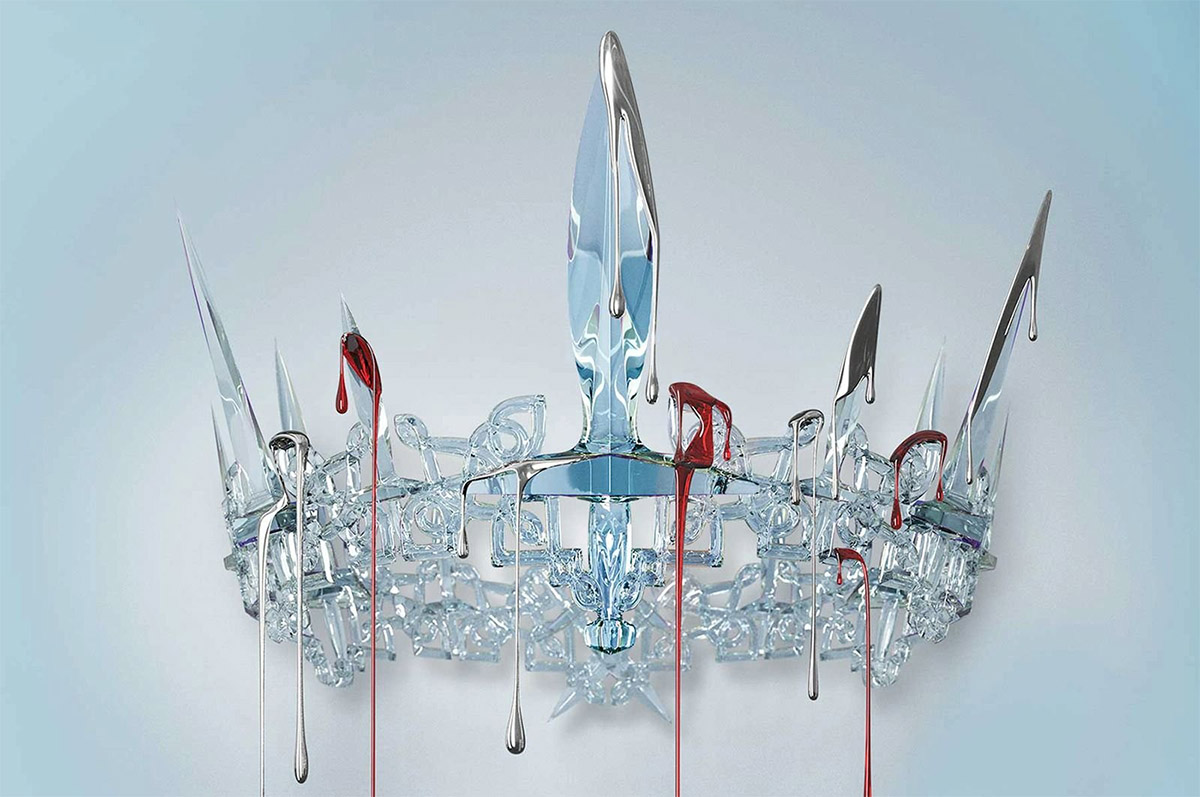 “Victoria Aveyard has expanded her world and characters in a very good way. ‘Glass Sword’, while having its problems

Glass Sword, Victoria Aveyard’s follow up to Red Queen, is a strong sequel that expands upon both its world and characters in a way that readers are sure to appreciate.

Mare Barrow’s blood is red—the color of common folk—but her Silver ability, the power to control lightning, has turned her into a weapon that the royal court tries to control.

The crown calls her an impossibility, a fake, but as she makes her escape from Maven, the prince—the friend—who betrayed her, Mare uncovers something startling: she is not the only one of her kind.

Pursued by Maven, now a vindictive king, Mare sets out to find and recruit other Red-and-Silver fighters to join in the struggle against her oppressors.

But Mare finds herself on a deadly path, at risk of becoming exactly the kind of monster she is trying to defeat.

Will she shatter under the weight of the lives that are the cost of rebellion? Or have treachery and betrayal hardened her forever?

As mentioned in the blurb, Mare sets out across Norta to find others like her—reds with silver abilities. It’s a race against Maven, a deadly game of cat and mouse. Not only is Mare racing to save others, but she’s also racing to save herself from Maven’s wrath.

I’m personally a sucker for world-building, and so I appreciated that the nature of the plot is setup in a way that allows readers to truly explore the world that Victoria has created. The characters end up in many different locations as they go through their search. Yet while I enjoyed the world-building, I felt like this both both helped and hurt the story. On one hand, it gives us a much wider glimpse into the world—a glimpse that I definitely appreciated. However, after a while the plot begins to feel very formulaic and repetitive.

While the story is certainly filled with several action sequences, plot really takes the back seat in this installment. Glass Sword is primarily character driven. In the same way that Victoria expands on her world, she also expands on her characters.

Above everyone, Mare in particular gains more depth. Her character development is realistic, considering the events that take place in Red Queen. Without giving away any spoilers, it’s safe to say that Victoria has crafted a complicated and interesting character in Mare Barrow. How these developments will ultimately shape the rest of the series has yet to be seen, but if I were to bet on it, I’d say that there’s still a lot more to Mare that we have yet to see.

Glass Sword is the second book in the Red Queen series. Last year it was announced that the series would include four books in its run. So how does Glass Sword fare as a second book?

Like I said, this one seems to focus a lot more on characters rather than plot, and it shows. I wouldn’t call it better than the first. While I’m grateful for the character development and the insight into the world, the first seemed to have more suspense and mystery that kept the wheels rolling. It was an all-around tighter plot and story. That’s not to say that Glass Sword fails at keeping the reader engaged. What it really does is set the stage for the second half of the series. At this point we’re well into Act II, and Book 3 should (hopefully) raise the stakes and lead into an exciting conclusion. So far, the signs are good.

In the end, the take away here is that Victoria Aveyard has expanded her world and characters in a very good way. Glass Sword, while having its problems, is a worthy successor to the first and is a book that won’t soon be forgotten by its fans.

A worthy successor to the first book

Plot
Characters
Writing
Theme/Message
Bookstacked Team
This article was brought to you by members of the Bookstacked Team.
Related Reads • You'll enjoy these too ...