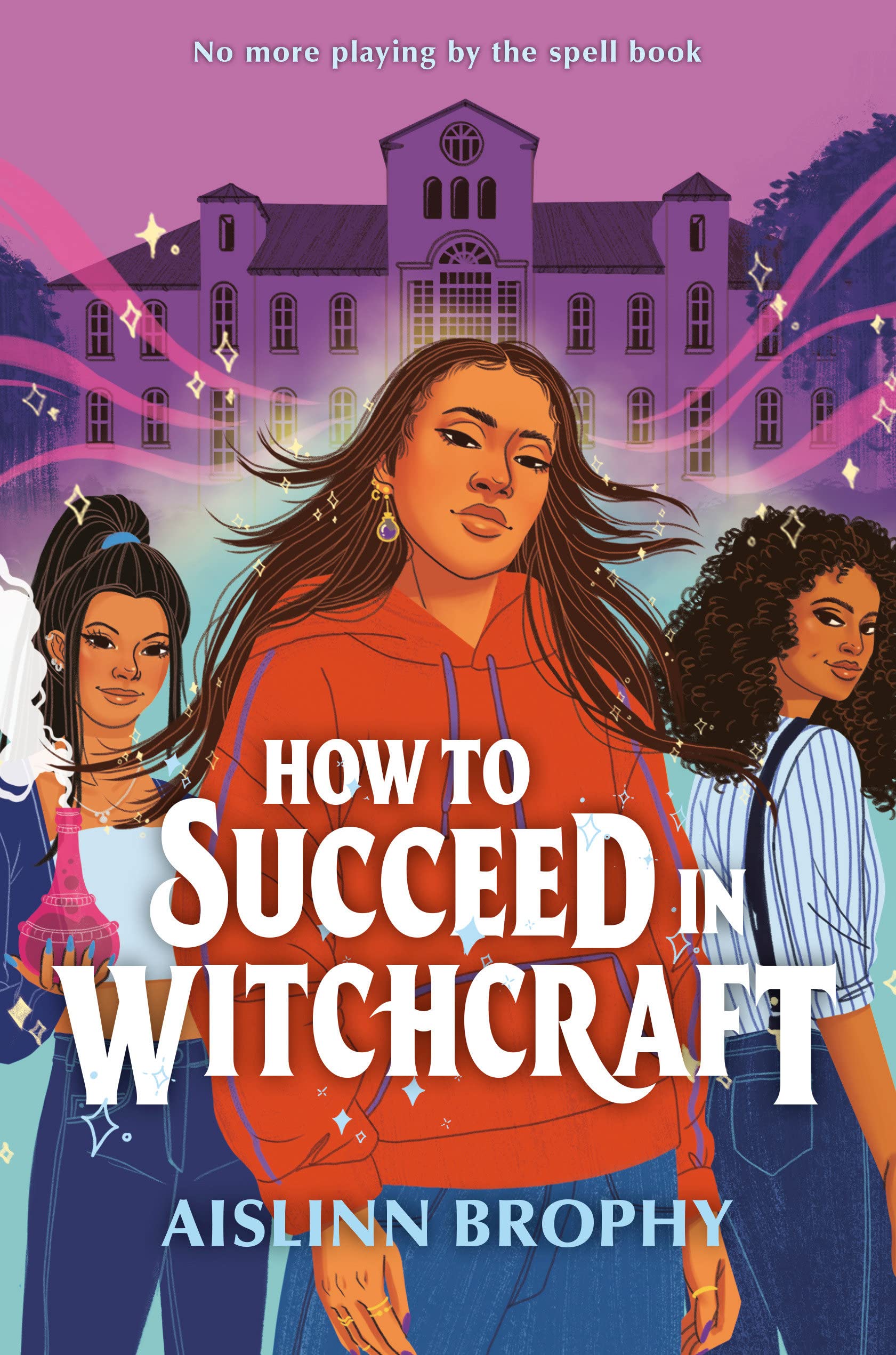 'How to Succeed in Witchcraft' by Aislinn Brophy (Penguin Young Readers)

REVIEW: ‘How to Succeed in Witchcraft’ by Aislinn Brophy is a brilliant blend of magic and modernity

I was blown away by the ease with which I became engrossed in How to Succeed in Witchcraft. I will definitely be looking out for more work by Aislinn Brophy!

Shay Johnson has all the makings of a successful witch. As a junior at T.K. Anderson Magical Magnet School, she’s determined to win the Brockton Scholarship — her ticket into the university of her dreams. Her competition? Ana freaking Álvarez. The key to victory? Impressing Mr. B, drama teacher and head of the scholarship committee.

When Mr. B asks Shay to star in this year’s aggressively inclusive musical, she warily agrees, even though she’ll have to put up with Ana playing the other lead. But in rehearsals, Shay realizes Ana is . . . not the despicable witch she’d thought. Perhaps she could be a friend — or more. And Shay could use someone in her corner once she becomes the target of Mr. B’s unwanted attention. When Shay learns she’s not the first witch to experience his inappropriate behaviour, she must decide if she’ll come forward. But how can she speak out when her future’s on the line?

How to Succeed in Witchcraft covers so many topics, themes and important issues that it is difficult to know where to begin. From an effortless — and therefore realistic — magic system, to academic rivalry, themes of racism and homophobia, Brophy’s debut is destined to succeed.

The nature of some of these themes may be difficult for some readers. On her website, Aislinn Brophy provides a content warning for “grooming, teacher-student relationships, homophobia, and racism”. While these themes are not describe with vast amount of explicit detail, they are prevalent and central to the plot, so do take care when diving in.

This is an unbelievably successful novel. First and foremost, it’s an urban fantasy where magic is the norm. It is a part of everyday life, from simple things like turning on lights and ringing doorbells, to the wondrous (think invisible floating plants!). I really enjoyed how magic is made to seem mundane. Fun and exciting, yes, but not so revered and over-described as to make it out of the ordinary. It made the setting so realistic, and honestly had me believing all I need is an Awakening potion for me to start blending magic currents too.

On top of the fantastic world-building, Brophy gives us a main character to root for. Shay is an academic genius, a hugely powerful witch, and yet she is also just a teenage girl: prone to poor judgement, submission to pressure, and making mistakes in her relationships. I loved her from page one and desperately wanted to see her succeed. Yet watching her go through uncomfortable scenes with Mr. B and feeling pressured to do things she didn’t want to, all in the name of a scholarship, was heart breaking. Brophy is sympathetic with the way she writes Shay into these decisions and scenes — even if readers on the outside will be able to see the inappropriate motivations behind Mr. B, we can see why Shay takes the actions she does.

Similarly, the secondary characters in How to Succeed in Witchcraft are just as loveable. Best friend Lex is a powerhouse of a woman with her own issues going on. Ana is, of course, lovely; I’m really pleased Brophy subverted the typical mean-girl-turned-cute-girlfriend trope. I was particularly delighted with the author’s choice not to translate the Spanish conversations Ana has with her family at home. It is such a simple touch but I found it incredibly effective.

The plot of the novel is well-paced and engaging throughout. There are scenes of comedic relief and romance to balance out the more uncomfortable and difficult elements Shay experiences — whether that be with Mr. B, the intense academic pressure she puts herself under, or the more difficult conversations she has with her friends. How to Succeed in Witchcraft deals sensitively with homophobia and racism, and although calls it out in a fantasy setting, does so in a way that is meaningful to the real world. There are easy parallels to be drawn between Shay’s world and our own that is likely to help readers who relate personally to Shay, Ana and Lex feel seen and heard.

This is the perfect novel for the autumnal, back-to-school season. Aislinn Brophy blew me away with this debut and I will be recommending How to Succeed in Witchcraft to anyone and everyone who will listen. It has everything a reader could possibly need and more.

And the scholarship goes to...

Theme/Message: packed full of important messages, fascinating themes and fun all round.