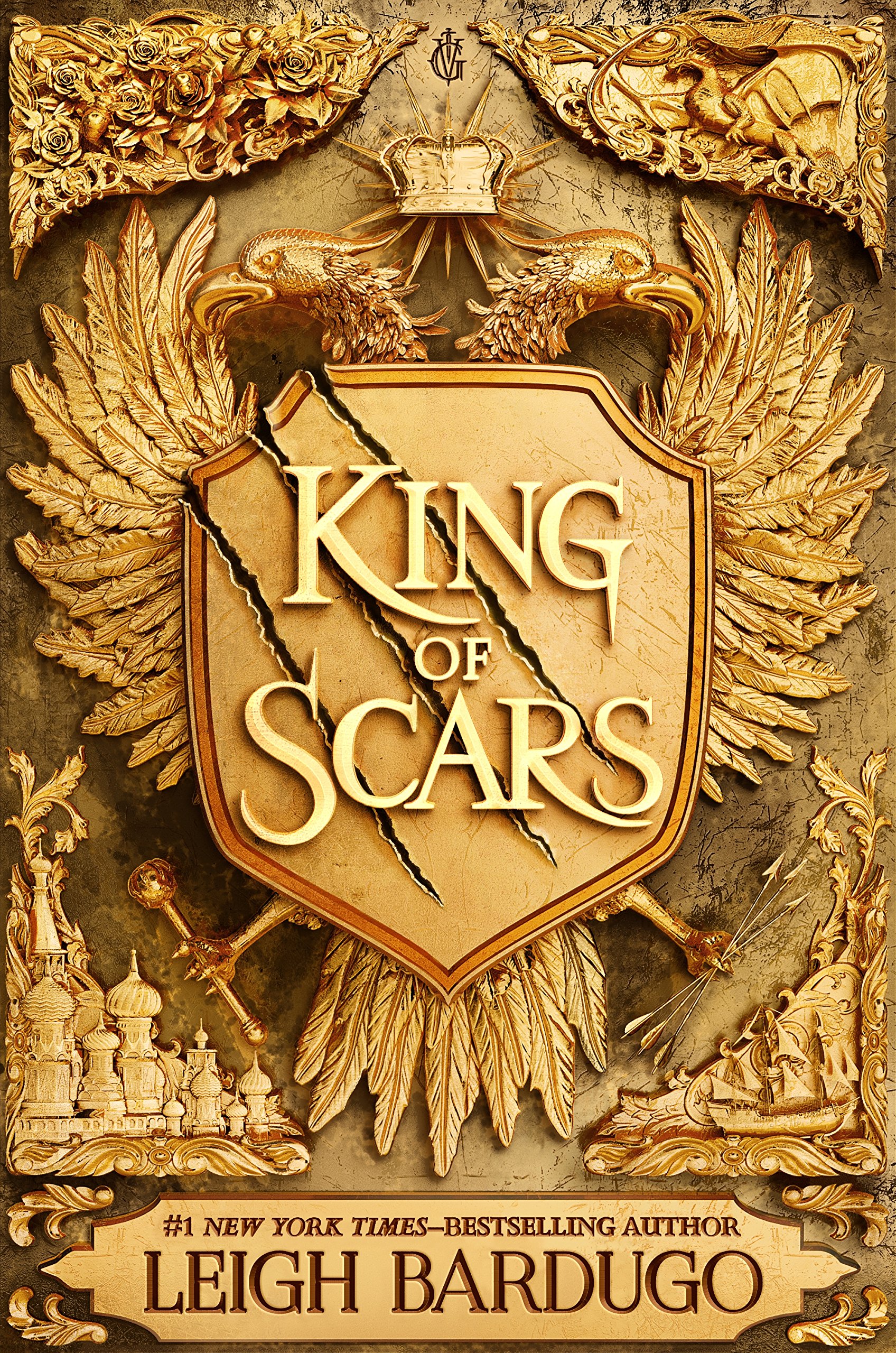 Nikolai Lanstov is back and ready to charm his way into every reader’s heart!

It’s time for readers to dive back into the Grishaverse and see what our favorite King of Ravka has been up to since we last saw him! Nikolai Lanstov may still be as endearing as ever but beneath the act he’s battling demons both physically and mentally.

Nikolai Lanstov has always had a gift for the impossible. No one knows what he endured in his country’s bloody civil war – and he intends to keep it that way. Now, as enemies gather at his weakened borders, the young king must find a way to refill Ravka’s coffers, forge new alliances, and stop a rising threat to the once-great Grisha Army.

Yet with every day a dark magic within him grows stronger, threatening to destroy all he has built. With the help of a young monk and a legendary Grisha Squaller, Nikolai will journey to the places in Ravka where the deepest magic survives to vanquish the terrible legacy inside him. He will risk everything to save his country and himself. But some secrets aren’t meant to stay buried – and some wounds aren’t meant to heal.

Leigh Bardugo wastes no time pulling her readers back into the Grishaverse. At the beginning of the story we find Nikolai to be so much of the character we originally fell in love with, but very different at the same time.

If you haven’t read any of the previous books set in the Grishaverse, I highly recommend checking those out before King of Scars, and there will be very slight spoilers for those books in this review. So, at the end of Ruin and Rising we know that some of the Darkling’s magic was left inside of Nikolai in the form of a monster. Now, in King of Scars he is still dealing with this.

From the first moment we met Nikolai, I instantly fell in love with him. I’m one of Leigh Bardugo’s readers that has been waiting for our favorite privateer to get his own series for a long time, so there aren’t many negative traits I can say about him. I enjoyed getting inside his head in King of Scars and learning more about his childhood. He is a fantastic actor in front of his peers. Through his inner thoughts readers will finally see through the front he puts on for everyone and feel his true pain as he battles to overcome the monster inside of him.

Nikolai wants so much for his country without gaining anything in return. Ravka is still in repair from the civil war and thankfully, he has people in his circle that he can truly trust. Leigh Bardugo writes characters that share great chemistry with one another and I loved seeing how these characters interacted with eachother throughout the story!

There were many characters that I had forgotten how much I enjoyed reading about. Genya, David, Zoya. Zoya actually plays a huge role in King of Scars. I wasn’t always a fan of hers but she has completely won me over. Her back story is heartbreaking and everything she’s had to overcome has shaped her into the ruthless, powerful Grisha she now is. And boy, she is still as cutthroat as ever! (Honestly, this book felt more like Zoya’s than Nikolai’s, which was disappointing.)

Outside of Nikolai and Zoya, there are two other POVs, one being Nina. I miss Six of Crows and being able to transform into Nina’s mind felt like catching up with an old friend. Her chapters are heartbreaking, though. (We all remember how Crooked Kingdom ended, right?) I think the beauty of Leigh Bardugo’s writing is the way she is able to tug at the hearts of her readers but still have an action-packed plot full of magic at the same time.

Although the story begins strong, the middle fell flat and completely dragged. The pacing was off at times, too, especially during the second act. But the ending… THAT was mind-blowing. Days after finishing this book I’m still wondering how I feel about it. Am I mad? Excited? Or maybe just curious to see where the next book takes us?

Overall, I enjoyed King of Scars. If you’re a fan of the Grishaverse then you’ll love this book. It’s a great addition to the world we all love so much. You can expect a few heartbreaking moments, new characters, fun banter, intriguing action, and a crazy ending to tie it all together! (Seriously, prepare yourselves for the last paragraph.)

Leigh Bardugo is a queen at writing fantasy stories, there’s no doubt about this fact. Her words transform all of us into this amazing world she’s spent so many years building and we always fall deeper in love with it. That being said, I do believe that if the Grishaverse was not already well established then the plot of King of Scars might not have worked for many people. The story begins strong but starts to drag, and thankfully, it was saved by a brilliant ending. I loved being reunited with so many characters that I love, especially Nikolai Lanstov, but unfortunately I needed MORE from this book.

Related:
Fantasy • ya book • ya lit