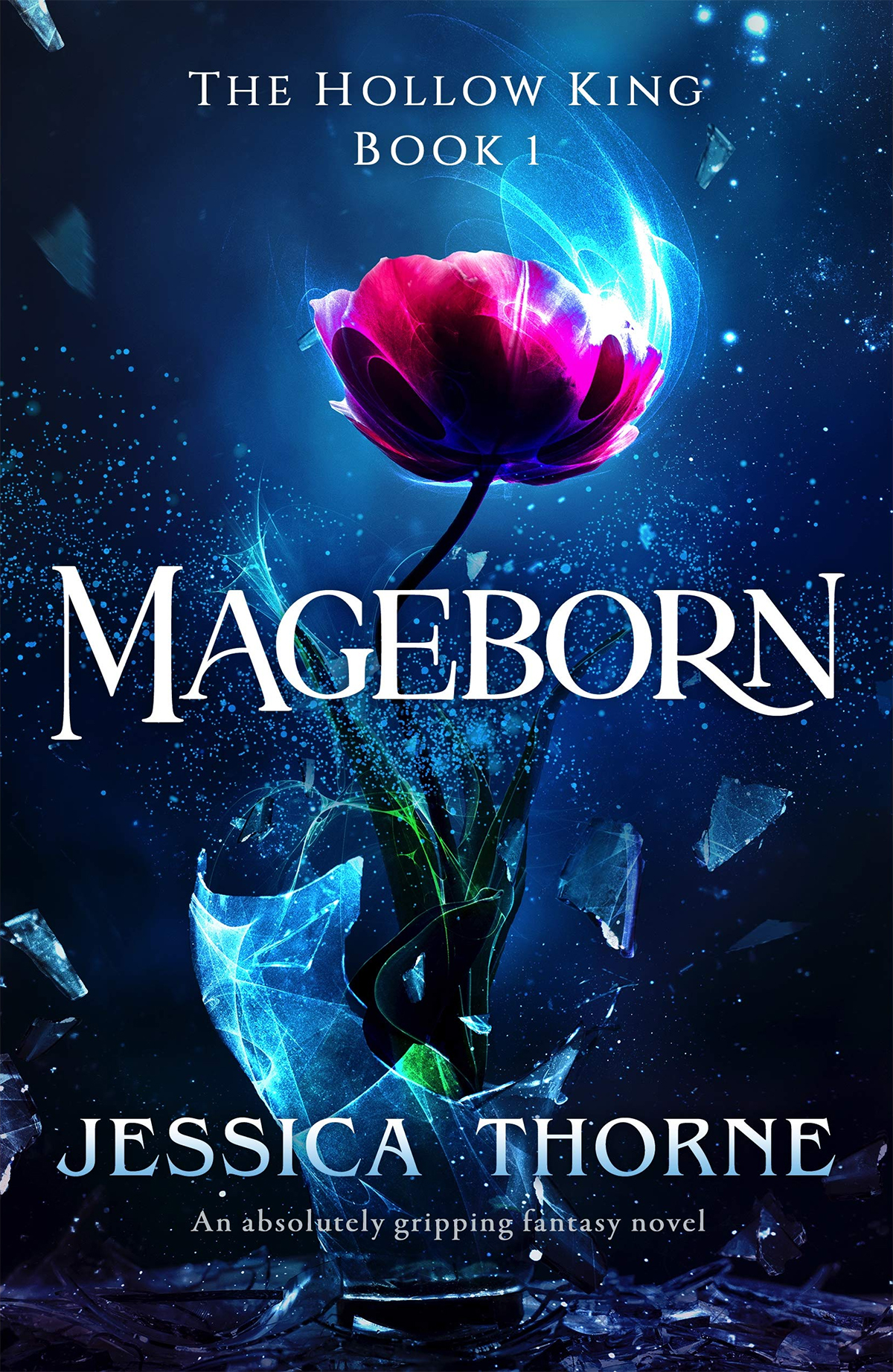 'The Mageborn' by Jessica Thorne (Bookouture)

REVIEW: ‘Mageborn’ by Jessica Thorne had me on the edge of my seat

‘Mageborn’ is a gripping introduction to a story that I just couldn’t put down.

Mageborn by Jessica Thorne starts with the key event the plot hinges on centuries later before introducing us to Grace and her team of officers.

The life of an orphan soldier becomes entwined with that of the mysterious heir to the throne, whose very presence draws out the secret magic living inside her: a magic that breaks every law she is duty-bound to uphold…

The room is small and dark. Row upon row of jars line the shelves, each one sealed with blood-red wax. The seal’s mark is a twisted circle of briar with gleaming, gold-tipped thorns. And in each jar a flicker of forbidden magic dances… beautiful, but deadly.

Sold to the Crown in the aftermath of the Last Great War, Grace Marchant has never known her parents. Now, she trains as an elite soldier tracking down mageborn – those born with an ancient and long-outlawed magic – and destroying them if they don’t surrender their power to the Crown.

The mageborn who submit are collared, then handed over to the King’s cousin and heir: the elusive Bastien Larelwynn, Lord of Thorns, locked away in his shadowy workshop deep inside the castle. What becomes of them is hard to say – the Lord of Thorns keeps his secrets close.

Grace has always fought the voice inside her that questions whether the law is truly just – but when her closest friend is next on Bastien’s list, Grace’s loyalties are tested to the limit. Confronting Bastien – searching his strangely compelling obsidian-black eyes for answers – Grace is shocked to feel herself begin to change, to show the first signs of the wild magic she so fears.

From the beginning, Mageborn is dynamic. The opening was intriguing, and the story was unpredictable. There was a lot going on from the start, and the intrigue took off early on as well. But, it was written in such a way that I had no trouble keeping up with what was happening.

The world of Mageborn is also very rich. Between the different kingdoms and political tension, the magic system and the folklore, Jessica Thorne made it come alive in a way that captivated all my attention. I can’t wait to learn more about it and how it’ll play into the sequel. I did, however, find that I had trouble connecting the type of wizard to the magic, because they weren’t always explained and there was no glossary at the end.

The strongest point of the novel was the characters and particularly the relationships they build. Grace is incredible. She’s incredibly layered, with a fierce protective streak when it comes to her friends, whom she considers family. This bond between them is at the forefront of everything and it’s all I’ve ever wanted out of the found family trope.

As for Bastien, he’s even more complicated. His reputation doesn’t quite match up with his personality, so seeing through Grace’s POV and then getting to know him through his own chapters was great. I really enjoyed how their relationship develops, even though it went a little fast for my taste.

My only real issue with this book comes from the side characters. There are a couple of women that were one dimensional. Their only characteristic was how power hungry they were, which didn’t lend any complexity — especially when contrasted with the third such woman and the lackeys who formed a great evil team.

Mageborn by Jessica Thorne was an incredible start to a new fantasy series and I can’t wait to get my hands on the second book.

Author’s note: There are a couple of non-explicit sex scenes in the book, while the actions scenes can get gory at times.

With Mageborn, Jessica Thorne delivers a fast paced, enchanting story of a found family that’ll have readers clamouring for more.