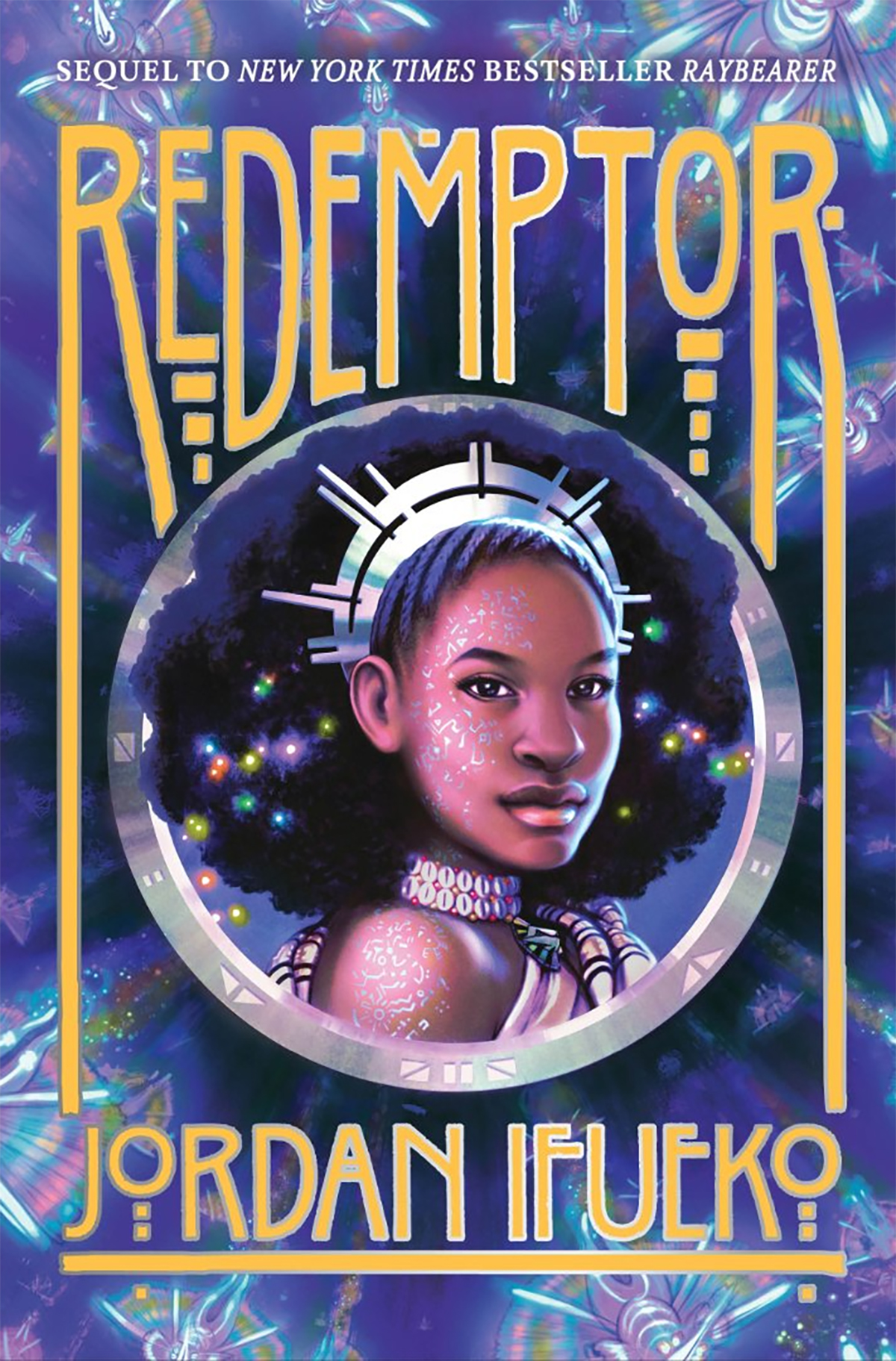 REVIEW: ‘Redemptor’ by Jordan Ifueko is a stunning finale

Ifueko grips her reader’s hearts in the second part of Tarisai’s journey.

Picking up soon after the end of Raybearer, Redemptor by Jordan Ifueko has Tarisai face challenge after challenge as she rushes to anoint her own council before entering the underworld.

For the first time, an Empress Redemptor sits on Aritsar’s throne. To appease the sinister spirits of the dead, Tarisai must now anoint a council of her own, coming into her full power as a Raybearer. She must then descend into the Underworld, a sacrifice to end all future atrocities.

Tarisai is determined to survive. Or at least, that’s what she tells her increasingly distant circle of friends. Months into her shaky reign as empress, child spirits haunt her, demanding that she pay for past sins of the empire.

With the lives of her loved ones on the line, assassination attempts from unknown quarters, and a handsome new stranger she can’t quite trust . . . Tarisai fears the pressure may consume her. But in this finale to the Raybearer duology, Tarisai must learn whether to die for justice . . . or to live for it

When Thadis’s prison break goes badly, it sets Tarisai on a self destructive path encouraged by the Ojiji that newly haunt her. This puts Tarisai’s mental health at the center of this book, as the spirits encourage her self doubt and isolation from others under the guise of demanding justice. It’s a hard journey to follow Tarisai on but it also lends even more depth to her character. As a result, her arc is full of emotion, good and bad, that ends in her being a strong and loving empress.

Her relationship with Sanjeet also deepens throughout Redemptor. When a threat forces them apart, their relationship also loses steam as Ifueko makes a point to show how hard being far away can be. Far from being unwelcome, the flaws and shortcomings she wrote into their romance show that both partners must actively and continuously commit to each other when apart, something passed over in other YA fantasy settings. Ifueko focuses on it just enough to make it feel rounded and realistic, without disrupting the pace of the story.

This attention to character relationships is present during the entire book. Ifueko dwells on the relationships Tarisai develops with each new council member to show how they differ from each other. All this without neglecting Dayo’s council. Kirah, Sanjeet and Dayo stand out the most, but Ifueko also peppers the book with scenes of the others so no one feels left out. If I had one complaint about the book it was Zuri’s character. While he represented an ideal to Tarisai, I felt his character arc was incomplete and would have liked to see more of him and his motivations.

When it comes to worldbuilding, Ifueko’s writing maintains the same lyrical quality as Raybearer, while music and rhythm remain important to the story — which is why I chose to listen to Redemptor as an audiobook. Joniece Abbott-Pratt does a fantastic job as a narrator. She gives each character a distinctive voice and accent, and the whole text a musicality that fits perfectly with the world and story. Ifueko expands on the world, this time focusing on the magical aspects of it. We delve into the effects of the ray ans its history, as well as the various creatures within it.

Finally a note on sexuality. Sex, sexuality and the prospect of a family are all talked about in the book. Sanjeet and Tarisai openly discuss protection and her feelings on having children, which is a more than worthwhile discussion to have in YA. While Dayo’s asexuality is further delved into, with him exploring his boundaries and finding what kind of touch he’s comfortable with. And neither is ever questioned on their choices, instead they are accepted with open arms.

Redemptor by Jordan Ifueko is a stunning sequel to a stunning debut. It neatly finishes the series and doesn’t suffer from sequel syndrome. The series is undoubtedly one of the best YA series I’ve read: it’s an immersive introduction to African mythos with fantastic characters. I recommend it without reserve.