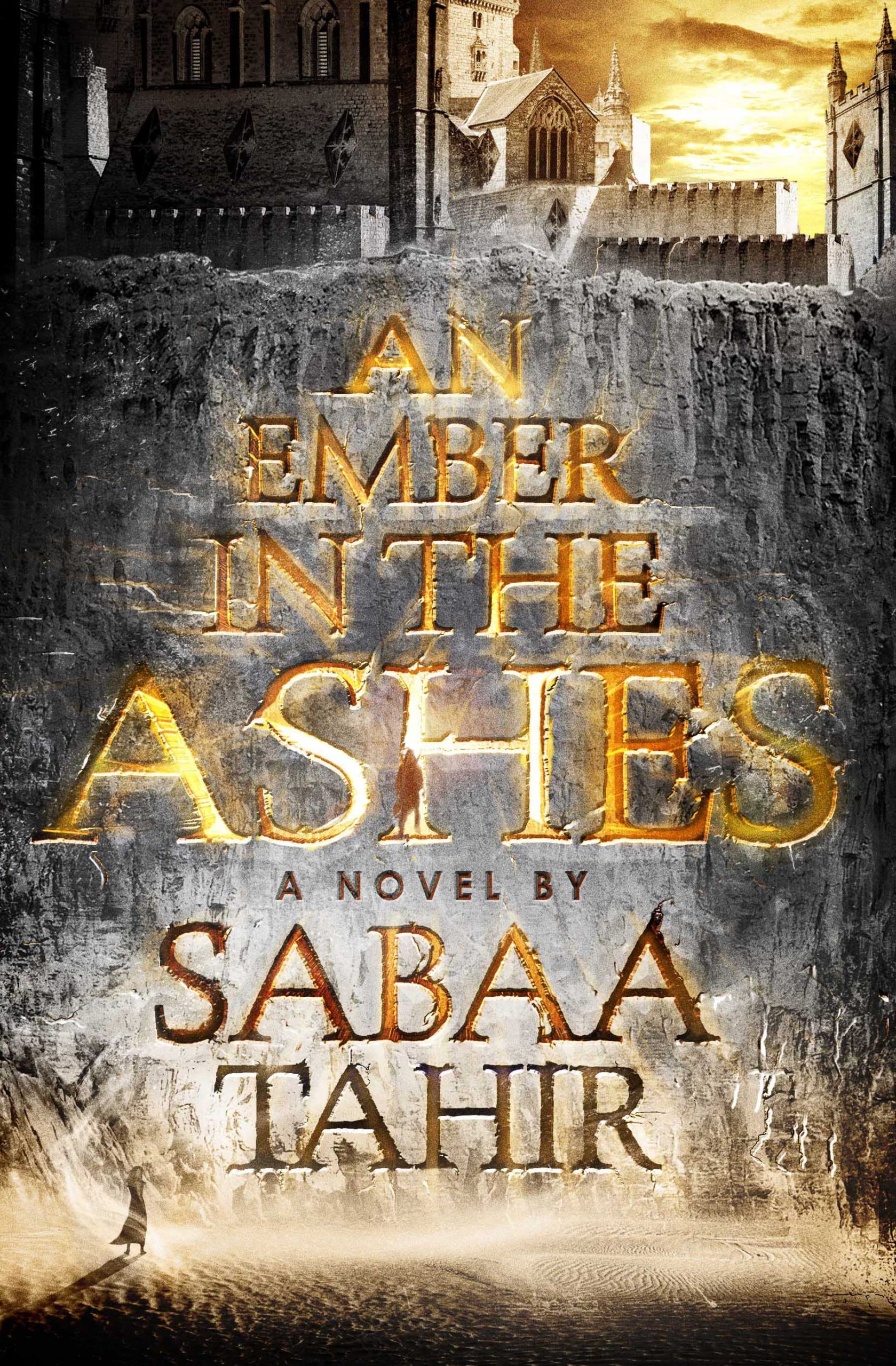 REVIEW: An Ember in the Ashes by Sabaa Tahir

I had high expectations. This book exceeded them. 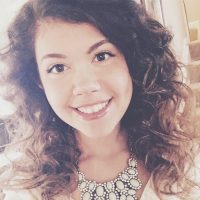 An Ember In the Ashes was my most anticipated book of 2015. It has been getting so much hype. So naturally, I had high expectations. This book did not only meet my expectations, it exceeded them.

“AN EMBER IN THE ASHES is a thought-provoking, heart-wrenching and pulse-pounding read. Set in a rich, high-fantasy world with echoes of ancient Rome, it tells the story of a slave fighting for her family and a young soldier fighting for his freedom.

Laia is a slave. Elias is a soldier. Neither is free.

Under the Martial Empire, defiance is met with death. Those who do not vow their blood and bodies to the Emperor risk the execution of their loved ones and the destruction of all they hold dear.

It is in this brutal world, inspired by ancient Rome, that Laia lives with her grandparents and older brother. The family ekes out an existence in the Empire’s impoverished backstreets. They do not challenge the Empire. They’ve seen what happens to those who do.

But when Laia’s brother is arrested for treason, Laia is forced to make a decision. In exchange for help from rebels who promise to rescue her brother, she will risk her life to spy for them from within the Empire’s greatest military academy.

There, Laia meets Elias, the school’s finest soldier—and secretly, its most unwilling. Elias wants only to be free of the tyranny he’s being trained to enforce. He and Laia will soon realize that their destinies are intertwined—and that their choices will change the fate of the Empire itself.”

The story is told from two perspectives: Laia and Elias. I absolutely loved how we got to read from two totally opposite sides of the spectrum. Laia is a Scholar. Her people were conquered by the Martials and are now forced to be slaves. Elias is a Martial, but more importantly, a Mask. They are trained to be killers, to be ruthless. They are the most feared in the empire. However, their one common interest is their hatred of the Martial Empire.

We begin this story in Laia’s POV. Her brother has just been arrested by the Martials and she is forced to run. Her only hope in getting him back is to join the Resistance, a group of Scholars who want to take their country back. She is told that if she goes undercover as a servant to the Commandant to spy, then they will break into the prison where her brother is being held and free him. Of course, she agrees to this mission. Laia is taken to Blackcliff Academy, which is the school for Masks that the Commandant runs. I don’t know of anything that is as brutal as this place. Elias is at the top of his class here, and he is considered one of the best. Even so, he plans to run away as soon as he graduates. Unfortunately, his plan doesn’t work out, as the Augurs announce that it is time to select a new Emperor. Four candidates are chosen, Elias included, and they have to go through a series of Trials. Soon, Laia’s and Elias’s paths cross and many events unfold.

I can’t remember that last time that I was completely in awe of a book. As soon as I finished an Ember In the Ashes, I could not stop thinking about it. I wanted to dive straight back into this world. Sabaa Tahir created characters and a world that felt so real. Her writing is gorgeous, and there are many quotes in this book that I love. You can really tell that she put her heart and soul into this for seven years because everything about this book is perfect. I really cannot find a single flaw.

Laia. Unlike many heroines nowadays, Laia isn’t physically strong. She isn’t fearless. From the very first chapter, she was afraid. So much so that she ran away from her brother and she suffered from so much guilt because of it. But, this guilt is what drives her throughout the story. She risks her life by becoming a spy for the Commandant because of her need to save her brother.

“There are two kinds of guilt. The kind that’s a burden and the kind that gives you purpose. Let your guilt be your fuel. Let it remind you of who you want to be. Draw a line in your mind. Never cross it again. You have a soul. It’s damaged, but it’s there. Don’t let them take it from you, Elias.”

This is from one of my favorite scenes in the book. Laia is comforting Elias, helping him with the horrors that have happened. What she says to him is exactly what she is doing. She is one of my all-time favorite characters now. Even if she’s not physically, she’s strong emotionally.

Elias. Well, first of all:

This guy has gone through a lot in this book. He sees firsthand how cruel and terrible the Martial Empire is. Yet, it’s what he’s grown up with for most of his life. He wants to be free. He wants to get as far away as he can from the merciless place he has to call his home. Before he can leave, he is selected to compete in the Trials. With that, he faces some of the toughest decisions he’s ever had to make with hope that in the end, he will finally have his freedom.

“The field of battle is my temple. The swordpoint is my priest. The dance of death is my prayer. The killing blow is my release.”

The Commandant. This is a woman who gauges out a five-year-old’s eye, leaves her newborn son in the desert to die, and who carves her initial into a slave for opening her letter. She’s about as evil as you can get. I don’t even think she’s really human considering she shows NO compassion whatsoever. I really hated her throughout the book.

Four they are, and four traits we seek:

Courage to face their darkest fears

Cunning to outwit their foes

Strength of arms and mind and heart

Loyalty to break the soul.

Yes, there are four trials the Aspirants have to complete. The Trial of Courage, the Trial of Cunning, the Trial of Strength, and the Trial of Loyalty. Each one gets harder than its predecessor. The third trial was SO cruel that it had me in tears. I won’t go into much detail about them, but all I will say is that they are 100x worse than the Hunger Games.

I have read some reviews where they did not like the two love triangles/love square. However, I personally did not have a problem with it. Sabaa Tahir executed the romance perfectly. It was not the focal point of the story, yet there was just enough to satisfy me. It took me awhile to figure out who I wanted to be with who. But in the end, I completely ship Laia and Elias. THEY ARE PERFECT FOR EACH OTHER OKAY.

“Your heart wants Keenan, and yet your body is alight when Elias Veturius is near.”

“Maybe we don’t have to be Scholar slave and Mask. For tonight, maybe we can just be Laia and Elias.”

Overall, this book was a whirlwind of emotions. One moment I was happy, the next I was mad. You get to know these characters so well in the short amount of time that you have with them. You get such a vivid description of the world, I could picture everything so clearly. The ending was so great. Although, I hope and pray that there will be a sequel made. PLEASE, PENGUIN! Nothing was fully resolved and I need more! I HIGHLY recommend this book, everyone needs to read it. I’m predicting that it will be one of the next big books.

“You are an ember in the ashes, Elias Veturius. You will spark and burn, ravage and destroy. You cannot change it. You cannot stop it.”

“You are full, Laia. Full of life and dark and strength and spirit. You are in our dreams. You will burn, for you are an ember in the ashes. That is your destiny.”

The depth of the characters and the well-paced plot make this book incredible.

Ariana
"It was books that made me feel that perhaps I was not completely alone." Books are a light in my life. I may or may not consider myself a bookaholic. Someday I hope to become a published author, and I'm currently working on a book right now!
Related Reads • You'll enjoy these too ...