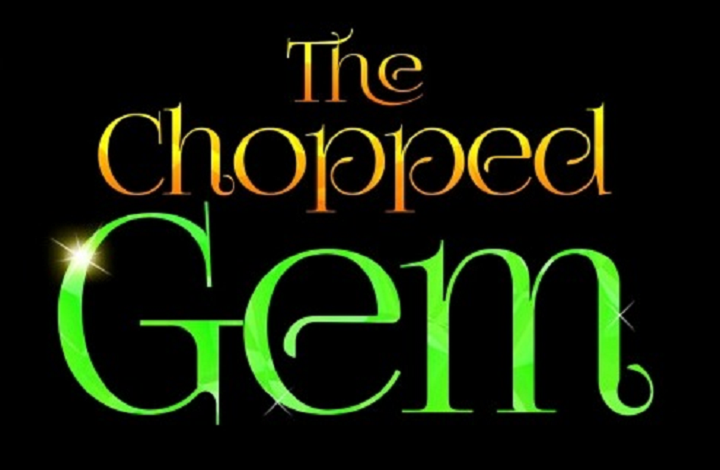 Emily Gibson’s debut novel, The Chopped Gem is the first in a series with lots of potential.

In a vivid depiction of life in Italy, Emily Gibson’s debut novel, The Chopped Gem is the first in a series with lots of potential.

Bonnie and Richard Brault are heading to Italy with their teenage twins, Evangeline and Aaron. The holiday will be a new start, a way to patch up their differences and repair the damage done to their relationship years ago when Richard had an affair, leaving Bonnie devastated, betrayed and bitter. But while they concentrate on tying up the loose strands of their marriage, is there something else happening right under their noses? Could the secrets their children are keeping prove even more damaging – to their lives, their hearts and, ultimately, their future?

At 231 pages long, The Chopped Gem is an easy and quick read, and one you could definitely read in one sitting – I did. Although I personally found some issues with it along the way, it still managed to draw me in enough to crave the knowledge of what would happen next, and to not put it down for more than a few minutes.

Some of the difficulties I had with this novel were in the plot. Although labelled as a romance/fantasy novel, I found the fantasy element to be brought in quite late. I suspected throughout at where this would come in, however it was not made clear until I was nearing the end of the book. Up until that point, I found the novel to be quite realistic – with beautiful descriptions of Italy making me wish I could go there right away – yet I felt this was detracted from upon reaching the latter part of the plot. Although I felt the early and later parts of the novel were somewhat disconnected, the idea Gibson has created towards the end is an interesting one, and one I think has a lot of potential. I think this will be explored further in the second novel and I hope it will be just as engaging.

The characters themselves were written well, each having their own flaws which were explored enough to make them seem real. They somehow felt more realistic than those in other books I’ve read – perhaps because the beginning of the novel felt like a ‘real life’ story – and as if I could genuinely know someone like that. I grew attached to Evangeline, and protective of Aaron. You feel for them at various points throughout the novel, and Gibson should be praised for this. There is a diversity of characters which I feel is worth mentioning, as it is nice to see multiple characters with different outlooks and voices.

However I found some of the thoughts to be repeated frequently. It seemed the same point was being made numerous times within a couple of pages, which took away from the impact they originally had. Similarly, I felt too long was spent introducing the characters, with whole chapters dedicated to each family. Although the background information was good to know, I felt it could have been spread out more so that the reader is curious to know more right from the first page. Despite this, some things were left to your imagination until the very end, where vivid descriptions of the past were given, and much enjoyed. Personally, I would have liked more of the novel to be dedicated to the fantastical, curious, and exciting latter part (which sometimes felt a little rushed), and less time given to Richard and Bonnie who I thought were ‘backseat’ characters, and didn’t further the plot too much.

Upon finishing the novel I found myself wanting more. I had enjoyed the thrill of the last few chapters, although had wished they had been given more time to develop. Finishing the book however, did deflate me a little, as the last few pages made the book seem like a prologue to what will happen in the sequel/s. The backstory was good to have, as it gave me a beautiful insight into the history of what is to come, and allowed me to see the talent Gibson clearly has for creating stunning and lifelike scenes. Some part of me feels however, that the ending should have been left with more to think about and imagine for the second novel, as I worry the sequel will seem partially disconnected from the original book.

Throughout the novel I noticed spelling and grammar errors, which were frequent occasions.

Gibson clearly has a talent, and she also has a good idea for a series. The Chopped Gem has a lot of potential, as does the sequel, which I hope to see. The theme is interesting, and the descriptions are beautiful. I think with some work this could be a brilliant series and I hope to see it succeed.

A good read with potential for more