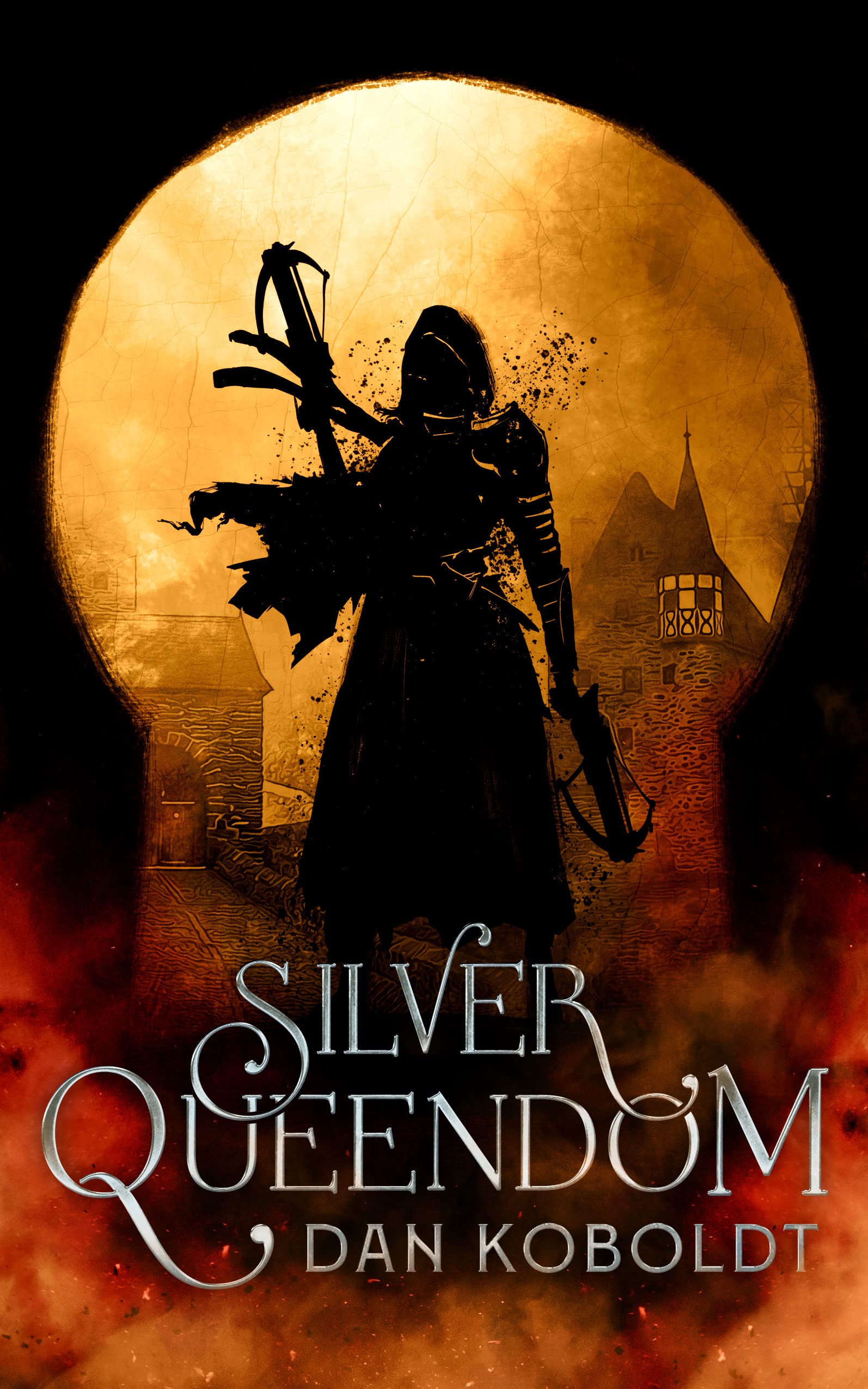 REVIEW: ‘Silver Queendom’ by Dan Koboldt is a found family delight of a tale

A story that examines deeper themes packaged up as a high stakes heist.

In order to get ahead on their debt to The Dame, Darin and the Red Rooster crew take on the heist of a lifetime in Silver Queendom by Dan Koboldt.

Service at the Red Rooster Inn isn’t what you’d call good, or even adequate. Darin would be the first to say so, and he owns the place. Evie isn’t much of a barmaid; Kat’s home-brewed ale seems to grow less palatable with each new batch; and Seraphina’s service at the bar leaves much to be desired. As for the bouncer, Big Tom, well, everyone learns right quick to stay on his good side.

They may be bad at running an inn, but they’re the best team of con artists in the Old Queendom. When a prospective client approaches Darin with a high-paying job, he knows he should refuse. But the job is boosting a shipment of priceless imperial dream wine, the most coveted and expensive drink in the world. And, thanks to a stretch of bad luck, he’s in deep to The Dame, who oversees criminal enterprises in this part of the Queendom.

If they fail, they’re as good as dead, but if they succeed… well, it’s enough money to get square with the Dame and make all of their dreams come true. Plus, it’s an option for Darin to stick it to the empress, who he has good reason to despise.

Then again, there’s a very good reason no one has ever stolen imperial dream wine…

The Red Rooster crew is a delightful example of a found family done well. Darin is the dashing mastermind, Evie is the femme fatale with a mysterious past she longs to reclaim, Tom is a mountain of a man with the softest of hearts, Seraphina is old and cranky, while Kate is the sarcastic nerd with a penchant for picking up stray orphans. Even though Kate is new, she fits into the crew like a missing puzzle piece, helping them pull off two daring heists throughout the book.

These heists were excellent in every way. The planning left enough out that I never knew exactly how each would unfold, even if the hints were there. Darin utilises his crew’s abilities perfectly, keeping the readers engaged throughout both the planning and execution stages.

What surprised me was that there were two heists in the first place. The blurb only mentions the one about the dreamwine, which doesn’t arise until the first is done some halfway through the book. As such, some exposition on the world and the crew’s lives before coming together were left rather vague, lacking resolution.

Despite this, the book was well-paced. The heists compliment each other, which different parts of the planning process showcased in each. Koboldt balances this with action scenes as well as more comedic scenes that bring levity to the book and allow us readers to appreciate the family this crew has created.

Koboldt’s writing fit the story he was trying to tell perfectly. Each POV allowed us to have a deeper insight into the characters, while the writing itself had a cinematic aspect to it at times. It was very easy to visualise everything that was happening, especially in the action scenes. In fact, I was so engrossed that I only realised after finishing that I wanted to know more about the world Silver Queendom was set in.

Overall Silver Queendom by Dan Koboldt impressed me in the best of ways. He brought an exciting story to life in a way that made reading effortless with a loveable group of ragtag protagonists building a home together. Despite a couple shortcomings, I highly recommend this gem.