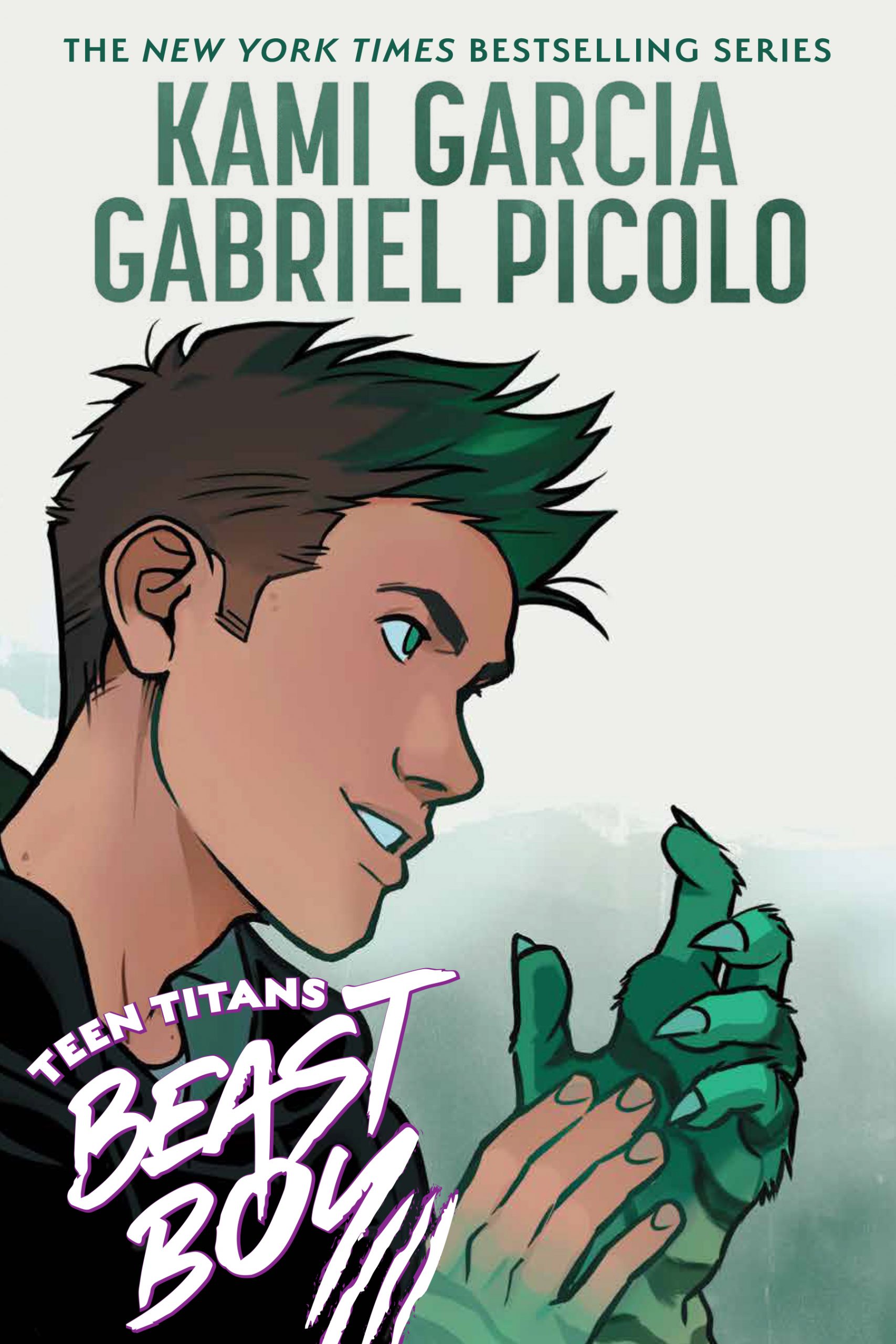 Kami Garcia and Gabriel Picolo give Beast Boy the limelight he deserves.

Garfield Logan has spent his entire life being overlooked. Even in a small town like Eden, Georgia, the 17-year-old with green streaks in his hair can’t find a way to stand out. And Gar is determined to find a way to impress the social elite at Bull Creek High School. Gar’s besties, Stella and Tank, can’t understand why he cares what other people think, and they miss their funny, pizza-loving, video game-obsessed friend. When Gar accepts a wild dare, he impresses the popular kids, and his social status soars. But other things are changing, too. Gar grows six inches overnight, his voice suddenly drops, and he’s stronger and faster. He’s finally getting everything he wanted, but his newfound popularity comes at a price. Gar takes on bigger and bigger dares and the stakes keep getting higher. When Gar realizes the extent of his mysterious physical changes, he has to face the truth about himself — and the people who truly matter — before his life goes roaring out of control.

Confession time: I never read the original Teen Titans comic book series, but I was an avid watcher of ‘Teen Titans’ on Cartoon Network back in the day. Raven was always my favourite, with Beast Boy coming in close second. The opportunity to read this new generation of Teen Titans comics, then, was not going to pass me by! Kami Garcia and Gabriel Picolo have come together to create this stunning new origin story for our old favourite, Garfield (sorry, Gar) Logan.

The graphic novel itself isn’t overly complicated. The story is pretty straightforward — its a fast read. But that doesn’t mean it isn’t engaging. I read the whole thing in about 45 minutes. Do I wish it was longer? Absolutely. I feel like there could have been a lot more depth to the story, especially considering the scope the secondary characters provide.

Naturally, Gar is the centre of the story. He is struggling with his self-confidence because he doesn’t look or sound anything like the other guys in his school. That is until some secrets are revealed, and his body begins changing at a beastly rate (hehe). The plot generally could have been more fleshed out, but it was interesting nonetheless to see this new take on his origin story.

Our secondary characters, and Gar’s best friends, are also incredibly complex. Tank, the hot dog eating champion, begins struggling at school and can’t understand why. At the same time, Stella is trying to rehome some dogs from the shelter she works at so that they won’t be put down.

Both of these characters clearly lead rich lives, and have important thoughts and feelings about a variety of things. I could see what Garcia and Picolo were trying to do — explore a variety of themes within their pages — but for me, it didn’t quite come through. The themes were there, but were shoehorned in which left them feeling quite surface-level.

Despite this, I did enjoy Teen Titans: Beast Boy. There is no doubt that the artwork is gorgeous, and really suits the Teen Titans. I also found myself wrapped up in Gar’s story and I’m eager to see how it will play out.

Paired with Teen Titans: Raven, the two comics set the stage for a third comic coming in 2021: Teen Titans: Beast Boy Loves Raven. The meeting of my two favourite characters and, arguably, my favourite couple? You can bet I’ll be getting my hands on that as soon as possible!

Plot: there was a lot going on here and some exciting scenes!

Characters: I loved the range of characters here, and only wish their evidently varied psyches were a little more fleshed out.

Writing: interesting and engaging, but lacking depth at times.

Theme/Message: I mean, its the Titans — what’s not to love? There were lots of good messages throughout the graphic novel too, from animal welfare to self-confidence and more. Again, there could have been more detail added.