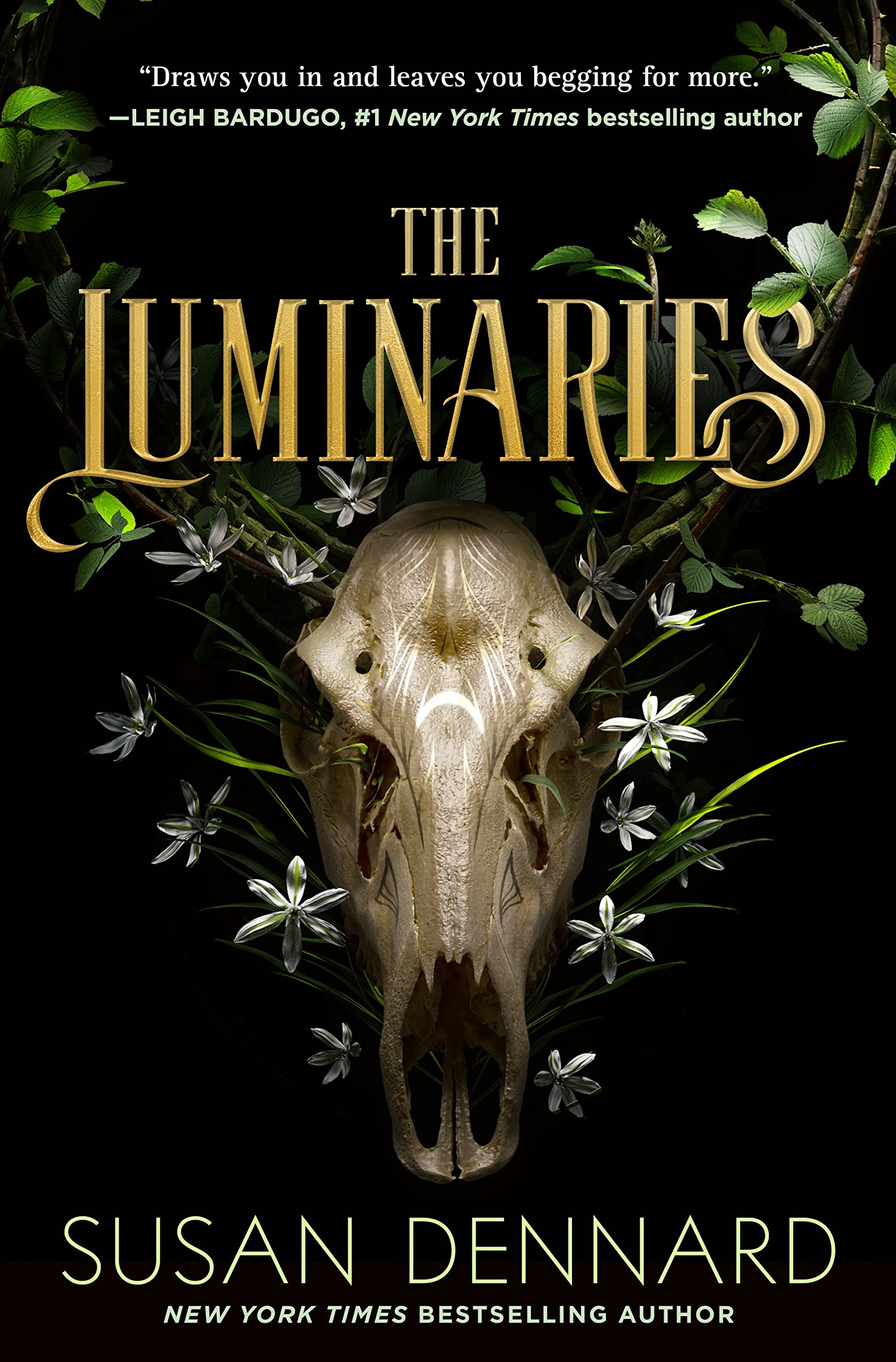 REVIEW: ‘The Luminaries’ by Susan Dennard is a thrilling beginning to a series full of monsters

Spooky season may officially be over, but Susan Dennard’s new series will reel you back in!

Susan Dennard has returned with a new series, The Luminaries, and this book is for all of Dennard’s readers who remember her choose-your-own adventure story on Twitter.

Hemlock Falls isn’t like other towns. You won’t find it on a map, your phone won’t work here, and the forest outside town might just kill you.

Winnie Wednesday wants nothing more than to join the Luminaries, the ancient order that protects Winnie’s town — and the rest of humanity — from the monsters and nightmares that rise in the forest of Hemlock Falls every night.

Ever since her father was exposed as a witch and a traitor, Winnie and her family have been shunned. But on her sixteenth birthday, she can take the deadly Luminary hunter trials and prove herself true and loyal — and restore her family’s good name. Or die trying.

But in order to survive, Winnie enlists the help of the one person who can help her train: Jay Friday, resident bad boy and Winnie’s ex-best friend. While Jay might be the most promising new hunter in Hemlock Falls, he also seems to know more about the nightmares of the forest than he should. Together, he and Winnie will discover a danger lurking in the forest no one in Hemlock Falls is prepared for.

Not all monsters can be slain, and not all nightmares are confined to the dark.

The beginning of this book held a lot of promise.

Winnie Wednesday lives in Hemlock Falls which happens to be one of the many places where the Luminaries reside. The Luminaries are a group of people who protect the “outside” world from monsters produced in these mysterious forests. Unfortunately thanks to Winnie’s father, who betrayed the Luminaries, Winnie’s family has been shunned. They are now considered outcasts in the town.

Winnie’s family is suffering socially and financially because no-one even wants to work with people who have no loyalty to the Luminaries and their cause. What Winnie’s father did was not a true representation of her. There’s nothing Winnie wants more in life than to become a hunter for the Luminaries, and help them take down all the creepy monsters of Hemlock Falls.

On her sixteenth birthday, Winnie is finally allowed to participate in the trials to become a hunter. She knows a lot of people are going to doubt her and even try to refuse her participation but she’s determined to prove her worth. She’s not just doing this for herself but to make her family happy as well.

I really enjoyed Winnie’s character. Her heart is her biggest strength. I loved how hard she tries to make the best out of everything despite how ruthlessly everyone in Hemlock Falls treats her. She’s a determined character who shows a lot of growth throughout the story.

Things get more interesting when Winnie begins the trials and we learn more about the different types of monsters. To be honest, I felt as if the world building lacked a lot in this book. We get a lot of explanations of things but it was hard to keep track of the different families in Hemlock Falls. It was confusing on what roles they each played as well which made for an off-balance plot at times.

I’m a fan of Susan Dennard’s writing, especially her Witchlands series. Her world building is what pulls me into her stories. So, I am disappointed that I felt it was lacking in this book. It doesn’t take away from her overall storytelling though. I loved the characters, especially Winnie and her family! I think everyone holds a lot more secrets than we know in just the first book. I’m looking forward to what happens next!

Overall, I enjoyed The Luminaries. For the first book in the series it was interesting and action-packed even when the plot moved at a slower pace sometimes. It might have been my high hopes for this book that left me disappointed at times but I didn’t hate it. I can’t wait for the next book because this ending still left a lot of questions left unanswered!

If you’re in the mood for something spooky or you’re a fan of urban fantasies then give The Luminaries a try!

A fun adventure but sometimes lacked