I Ship It: Fandoms 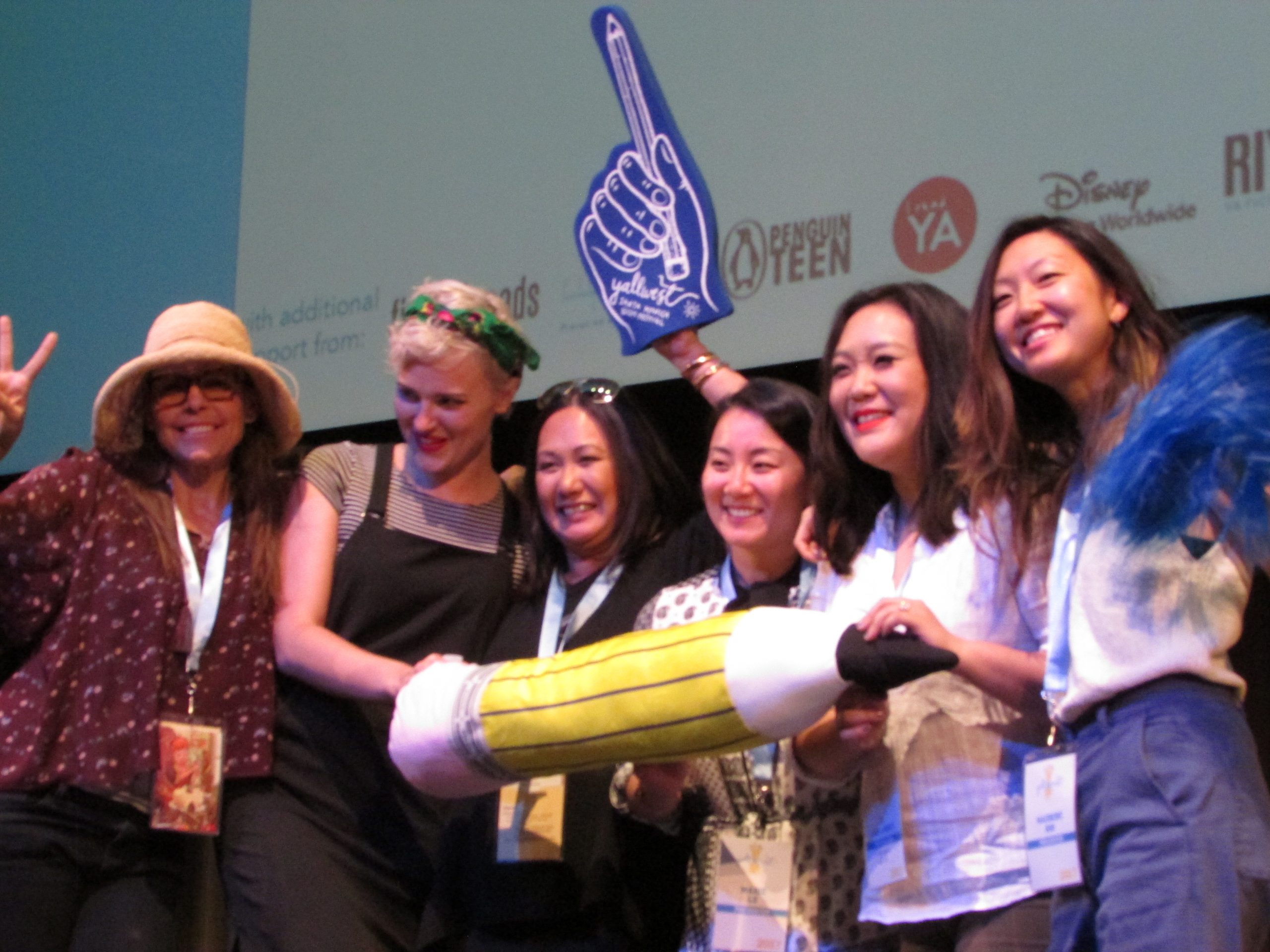 Are you in a fandom? How do you know? Who are your fave authors’ OTP? Read this article and find out!

My first panel of the day was I Ship It: Fandoms, and despite the slightly misleading title, it was not about ships (although OTPs were mentioned briefly in the end, more on that later) but it was more focused on different aspects of the concept of fandom itself.

Out of all of the panels I saw this year at YallWest, this one was one of my favorites. Moderated by Margaret Stohl (Black Widow Forever Red, Beautiful Creatures) and Veronica Roth (Divergent series, Carve the Mark), they were joined onstage by fellow authors Marie Lu (the Legend series, the Young Elites series), S. Jae-Jones (Wintersong), Maurene Goo (I Believe in a Thing Called Love, Since You Asked) and Melissa de la Cruz (The Descendants).

The panel started off by having the authors talk about what they themselves are fans of and what their connections to the fandoms are.

Maureen Goo said she loves the K-fandom drama, while S. Jae-Jones says she was inspired by Labyrinth and her first fandom was The X-Files fandom. Marie Lu mentioned that she was a big gamer when she was a kid, which inspired her to write her first fanfiction about Sonic the Hedgehog when she was eight years old. In the story, Sonic was running around and was hit by a tree and broke both his legs. The story ends with Sonic lying in bed contemplating his life without his super speedy ability. (At this point, Veronica Roth was slightly worried at the fact that Marie Lu gave Sonic the Hedgehog an existential life crisis at age eight.) She also mentioned that she is a fan of Assassin’s Creed.

Melissa de la Cruz talked about how she has the job many fans would love to have, writing fanfiction and getting paid. For those of you who didn’t know, Melissa de la Cruz is author of The Descendants, a story about the children of the classic Disney villains (Jafar from Aladdin, Maleficent from Sleeping Beauty, Cruella de Vil, from 101 Dalmatian, etc.) and how they cope with having to go to school with the children of their parents’ enemies. She also mentioned how she found out the hard way that Tinkerbell has no descendants.

Moderator Margaret Stohl talked about how nervous she was to write her Marvel comics because the Marvel fandom, for the most part, is very hardcore. The fans are very professional and die-hard fans.

Fellow moderator Veronica Roth quickly mentioned in passing that she has a short story coming out soon in an anthology, Three Sides of a Heart. When asked about what her connection to fandoms was, she talked about how fellow author and friend Courtney Summers influenced her to be part of the Supernatural fandom. Veronica explained that she originally began watching the show in order to help her befriend Courtney Summers and has now been completely sucked in by it. She is constantly texting Courtney gifs and pictures of Jensen Ackles.

Her last comment led to the questions: at what point does fandom begin to exist? Are there certain requirements before a fan is in the fandom?  At this point, many audience members began to give their thoughts on what is/defines a fandom and how you know you’re part of one:

S. Jae-Jones talked about how both she and Marie Lu consider themselves part of the (small) Mozart fandom. They explain that that is how they connected when they first met, as well as their mutual love for Alexander Hamilton (pre-Hamilton the musical).

The panel ended with the authors talking about who their OTPs (One True Pairing) are.

Margaret Stohl: Han Solo and me. *claps and laughter/cheers from fellow authors and audience*

Check out the pictures of the lovely and hilarious ladies in the gallery below. And let us know what you think makes a fan part of the fandom or what defines a fandom in the comments!