Why YA books and horror belong together 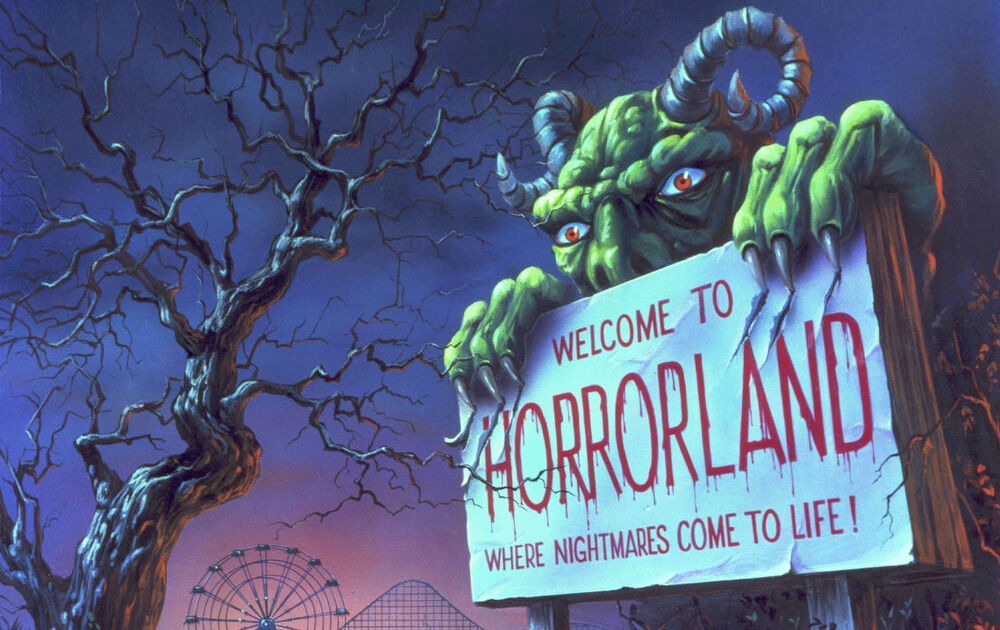 'One Day at Horrorland' by R.L. Stine (Scholastic)

Young adults love feeling scared, at least while they are reading books.

Young adults love feeling scared, at least while they are reading books.

Although YA literature was founded in realism, the sub-genres of horror, thriller and paranormal quickly grew in popularity with young readers. From Goosebumps to Harry Potter to Twilight — many of YA’s all-time best sellers feature gothic, horror, paranormal, thriller or just plain creepy elements. What is it about spooky stories that appeal so much to young readers?

Amy Lukavics, author of Daughters unto Devils, explains, “[W]ith darker fiction, teens are able to find material that exposes hard truths without any sugarcoating, which they can appreciate after being constantly told that their teenage problems are trivial in society.” Adolescents have no problem seeing themselves in horror narratives. They easily relate to the protagonists and ask themselves what they would do if they were put in a similar situation. Scary stories allow young readers to face their fears, without ever having to leave the library. In this sense, YA literature and horror stories are a natural pair.

The horror genre also connects with young readers on a deeper level. During adolescence, teenagers learn to test boundaries. It is natural for a young person to explore for themselves what is and what isn’t socially acceptable. What are the consequences for breaking rules? Horror literature asks many of the same questions. That eerie feeling you get reading a horror story often comes from the author pushing the boundaries of what society has deemed comfortable or acceptable. Horror authors enjoy crossing boundaries, breaking rules and twisting the familiar.

Edward Cullen (Robert Pattinson), a vampire, and Bella Swan (Kristen Stewart) in the 2008 film ‘Twilight,’ based on the bestselling novel by Stephenie Meyer. In YA fiction, monsters tend to be on the same side as the protagonist and feature often as potential love interests. (Summit Entertainment)

Young adult horror writers also know how to explore liminality — a concept that easily connects with teen readers. Liminality is a fancy way of saying transitory or in-betweenness. Creepy creatures like zombies and ghosts are stuck in a liminal space between life and death. Gothic figures like werewolves and vampires are in-between monster and human—not quite one thing, not quite the other. Being a teenager is also a transitory experience. Teenagers are stuck in the liminal space between childhood and adulthood and it’s because of this shared experience that young readers easily empathize with the monsters they read about. This partially explains why, in YA fiction, monsters tend to be on the same side as the protagonist and feature often as potential love interests.

Adolescence is scary. It is a vulnerable, angsty, intimidating experience. YA horror authors like to play with these cringey awkward feelings to make their readers uncomfortable. Horror authors have always been fascinated by adolescence. In Mary Shelley’s classic horror Frankenstein, the Monster’s life mirrors the experience of adolescence — he deals with feelings of loneliness, he struggles with his appearance and self-esteem and he can’t get along with his “parent.” Would it surprise you to know that Mary Shelley wrote the book when she was 18 years old?

One feature that is common to YA horror is that fears are typically overcome. We get to see our heroes succeeding. YA author Lou Morgan argues that young adults can learn a lot from reading horror stories because, “[W]e come away either knowing that the monsters can be defeated, that the forest doesn’t go on forever and that the darkness can be driven back or — at the very least — we find ourselves one step closer to the light.”

We here at Bookstacked love a scary read and invite you to join us all October long for more spooky book content!