No, Divergent is not a Hunger Games rip-off 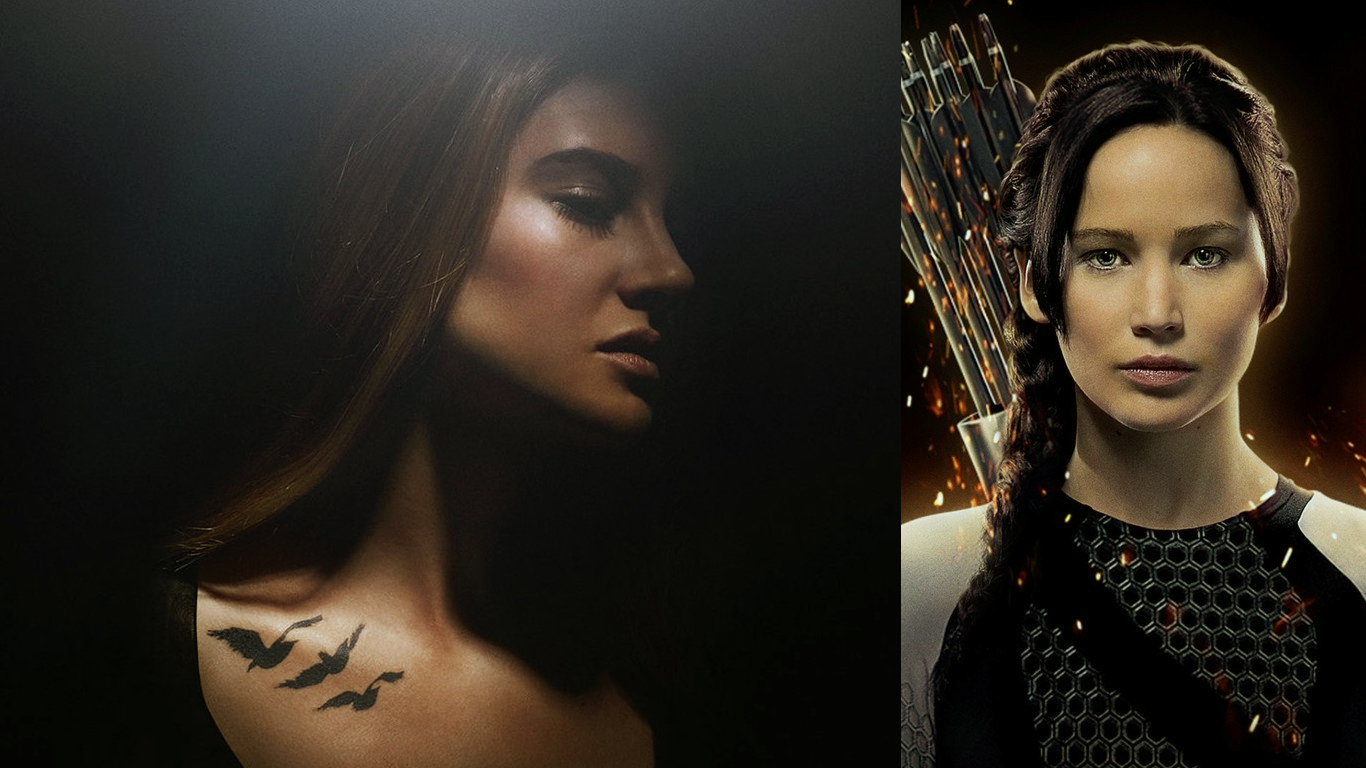 “I must have forgotten that part in The Hunger Games where Katniss gets to choose the district she wants to live in. Oh, and I guess I missed the part where Tris volunteers as tribute on behalf of her brother Caleb.”

This article originally appeared on FactionHub.net and was published in 2014, following the release of the first Divergent movie.

You probably experienced it last March.  You wanted to invite your friends to see the ‘Divergent’ movie when they made the comment, “Isn’t that just a Hunger Games rip-off?”

But that’s not as annoying as the actual movie critics.  You can explain to your friends how Divergent and Hunger Games are different. And (because your friends are good friends) they’ll believe you and at least give the movie a shot.  But the online movie critics?  Nope.  You can’t do that.

If every movie review that called Divergent “a watered down version of the Hunger Games” was a piece of toilet paper, it would be enough to clog the world’s largest toilet.

Here’s the sad part: Months before the movie came out, we knew that there would be a landfill load of critics saying this.  Why?  Because it’s the easy thing to do.  Anyone could write up a 300 word review about how much more they liked ‘The Hunger Games’ as opposed to ‘Divergent’.  There’s nothing really praise-worthy in doing that.  If a movie reviewer can’t come up with a better headline than, “It’s the lite-version of The Hunger Games,” then I wonder how they got their job in the first place.  Surely it wasn’t for their original, unique, or even critical take on movies.

Look, if you’re a critic and you don’t like Divergent that’s OK! Just don’t call it a Hunger Games rip-off. There are a lot more plausible reasons to dislike ‘Divergent’.  Me?  I liked the movie.  But if you didn’t, that’s totally OK.  I can see why some wouldn’t like the movie or book.  I’m fine with that.  Please just don’t use the “Hunger Games rip-off” excuse as a reason. It’s unfounded and therefore lazy.

Now, let’s get something straight.  The point of this article isn’t to say that Divergent is better than The Hunger Games or vice-versa.  As I’ve said, I’m fed up with the “it’s a rip-off” reviews, and that’s what I’m addressing.

No, I’m not against comparing Divergent to The Hunger Games (book or films).  That’s to be expected.  Yes, you’re right.  They’re both YA novels.  The protagonists are strong female characters.  They’re set in dystopian worlds.  You have reason to compare these two franchises.  That’s fine. But if you’re going to compare them, then you should actually compare them. Calling Divergent a Hunger Games rip-off isn’t a comparison. The argument that it’s a rip-off just doesn’t hold any water.

Last I checked, The Hunger Games did not own the female protagonist brand.  Before there was Katniss, there was Ella of Frell, Lyra Belacqua, and Lizzie Bennett.

And before there was Panem, there was Oceania’s Ingsoc, The World State, and the world of the Neuromancer.

Oh, and someone please explain to me how the plots of Divergent and The Hunger Games are even remotely similar?

I must have forgotten that part in The Hunger Games where Katniss gets to choose the district she wants to live in. Oh, and I guess I missed the part where Tris volunteers as tribute on behalf of her brother Caleb. And maybe I fell asleep when all the tributes were forced to kill each other to the death during initiations? And I guess if you really, really, really stretch the lines, you can see that Four is an obvious copy of Peeta and Peter is an obvious copy of Gale…  right?  (I mean, Peeta works in a bakery and Four likes cake, so…)

And don’t get me started on that contrived love triangle in Divergent.

None of that is true.

They aren’t the same. Similar? OK, sure. Rip-offs? Obviously not. Each tells a different story with different characters. The problem is that this goes beyond Divergent and Hunger Games. Critics do this with every YA adaptation. Someone always has to inevitably call the latest YA film a rip-off of the previous one–despite the fact that they have different plots, stories, and characters.

If you’re still convinced that Divergent is a Hunger Games rip-off, then one of the following must be true: