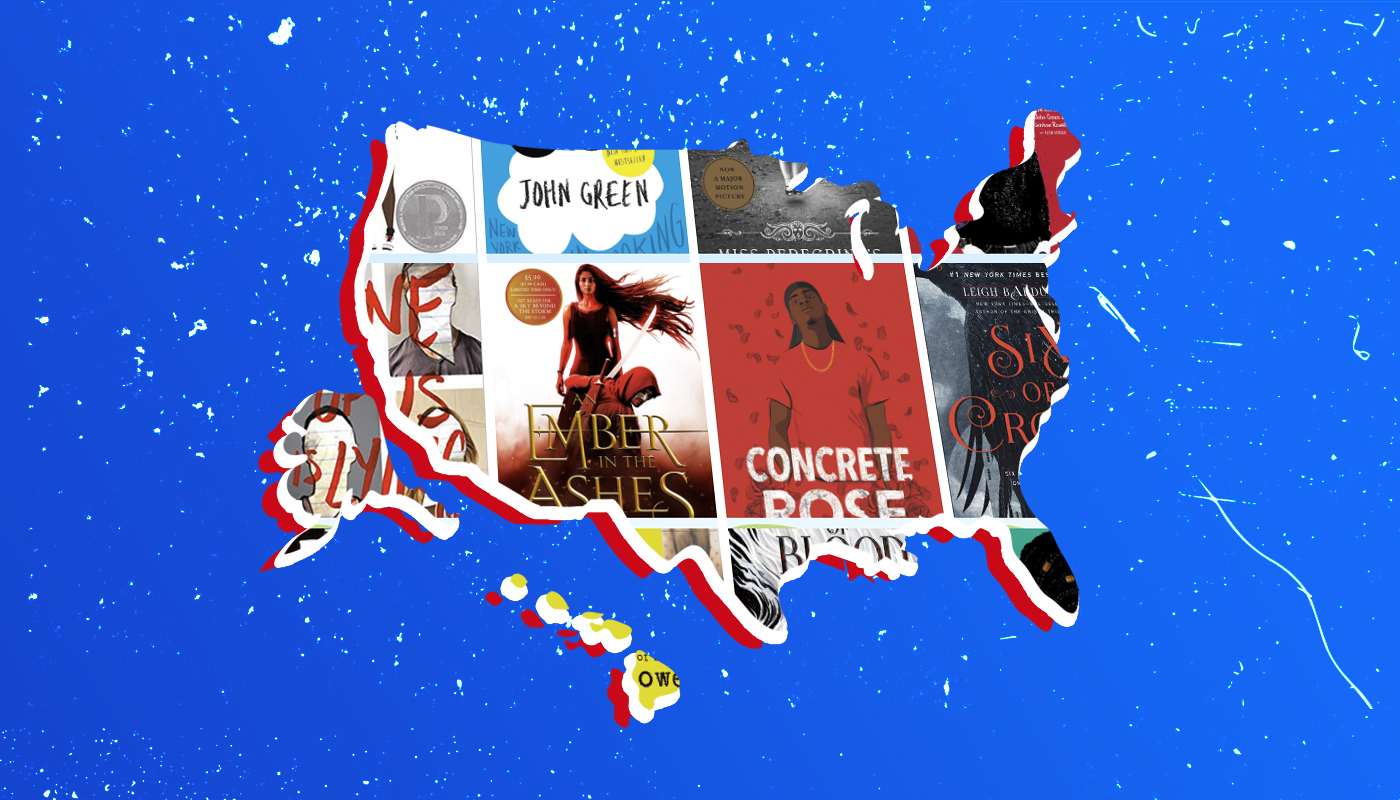 The United States of YA (Saul Marquez, Bookstacked)

Our interactive map hints at where in the U.S. YA books are most popular.

While we don’t have sales information on YA books by state (though that’s surely out there somewhere 👀 ), we can at least get a broad idea of where YA books are most popular in America thanks to Google Trends — a tool that allows users to keep tabs on trending search topics. Google Trends offers insight into how search queries perform over time and even by location.

For our purposes, we want to know where in the U.S. the query “YA books” was being searched for the most in 2020.

That said, there are a few things to keep in mind before we dive into the data. This is kind of boring but important to understand what everything below represents.

Google also includes an important note in their tool (emphasis ours):

That means that a state like Idaho could have a higher score than California, even though California might have more specific individuals searching for “YA books.” We’re looking at things proportionally.

We also have to keep in mind that we’re only looking at a single search query — “YA books.” This doesn’t account for other YA-related search queries that people might be looking up including something like “young adult novels” or the names of specific YA book series or authors like “Shadow and Bone” and “Angie Thomas.”

Finally, Google uses random samples to compile the data in its trending tool. Even though we can target “YA books” in the year 2020, the results Google gives us will vary. Sometimes a state like Vermont will be at the top of the list, other times you’ll see New Hampshire, so you can’t really crown one the victor over the other. That said, as I pulled numerous data sets over the course of a couple of days, I saw consistent patterns. Most states in the top 10 tended to always be in the top 10 — so we can safely assume YA is very popular in those states relative to the others.

All of that to say: this is a very general, representative view of how interested states are in YA books. There are numerous factors that aren’t considered here. This only gives us a basic idea of the scope.

Even with all that in mind, it’s super fun to poke around the results.

So without further ado, here are the top 10 states that showed an interest in YA books during 2020, according to Google. The data below was pulled from Google Trends on Feb. 3 and may not be exactly the same as what Google Trends displays today.

We’ve also put this handy map together so you can explore the data state-by-state for yourself. How does your home state stack up to the others?

Like mentioned earlier, there’s often some variation when looking at Google Trends. A couple of other states that I sometimes saw in the top 10 (that aren’t already listed above) include New Hampshire and Connecticut.

In the map above, Google wasn’t able to gather enough data for North Dakota, Montana, South Dakota, Alaska, Wyoming and Delaware, which may mean that not enough people are searching for “YA books” in those states for it to make an impression.

Google also lets us know which related topics and search queries are tied to this one. A quick glance indicates that there were a lot of people interested in The Selection series by Kiera Cass. “Greek mythology” was another topic on YA readers’ minds, likely thanks to Rick Riordan’s Percy Jackson series. The Hunger Games was also popular topic, same with Twilight.

While it’s not the most scientific representation, it still gives us an idea of where YA books might be on peoples’ minds. Also, maps are fun.

Are people in your state interested in YA? Let us know in the comments!