YA book tropes are lame — but not really 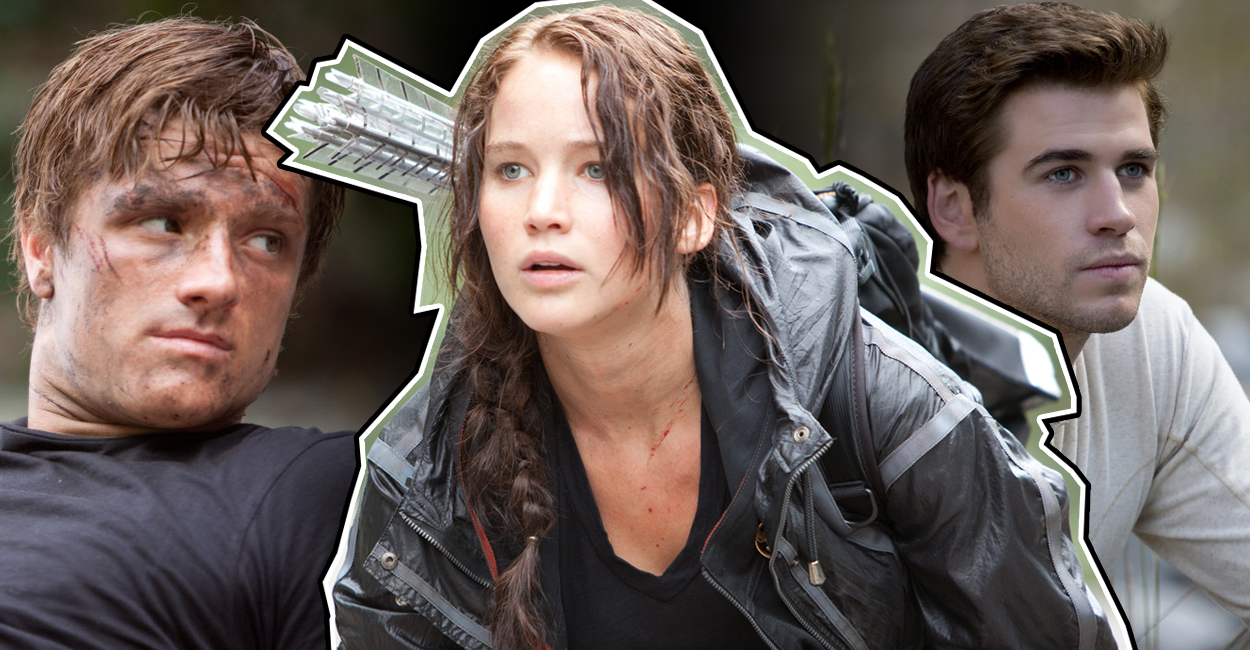 Yes, tropes can be bad, but they’re not inherently bad.

You might think literary tropes in YA books are lame, but I’m here to tell you that’s not necessarily true. Tropes in literature — while maybe sometimes poorly utilized — can be signs of an excellent author when used well.

Just for some context: I’m someone who’s sick of love triangles. And love squares. And love dodecagons. (Is that a thing?)

That said, let’s use the love triangle as an example.

Love triangles have always seemed to dominate stories for young audiences. This goes beyond books. Yes, you’ve got your classic Bella-Edward-Jacob love stories in YA literature, but you’ve also got your Rory-Dean-Jess-Logan and Veronica-Duncan-Logan romances in television as well. Here’s the thing: people actually like this stuff. There’s something attractive about the love triangle — if there wasn’t, then why would it be popping up again and again in numerous bestselling novels?

And that’s just one of the many popular tropes that exist in YA.

Those are just romantic tropes. I haven’t even mentioned Oppressive Government™ or “We’re all orphans!”

Again, I’m not here to bash literary tropes or rain on anyone’s parade. If you like messy romances, good for you! There’s no shame in that. Or maybe you like stories of teens toppling oppressive regimes and corrupt politicians. (Sounds like a good time to me!)

This is the argument for tropes. Or, at least, tropes used well.

Yes, there are times when tropes weigh down an otherwise good story. I think, in these cases, the fatigue comes from the fact that many of these tropes venture into the realm of cliché.

Now, let’s establish something here. Trope ≠ cliché. I like this definition of the two terms from the blog Dragons Can Be Beaten:

“A trope (in a story sense) is any plot, character, setting, device, or pattern that we recognize as such … When tropes are predictable to the point of boredom. That’s when a trope becomes a cliché.”

With that in mind, we need to get rid of the idea that tropes are inherently bad. Negative Goodreads reviews are often swollen with the word “tropey,” which is used to back up criticism of a book. But it’s not the tropes that are a problem. We shouldn’t base our opinion of a book on whether or not tropes exist in the story. Rather, we should consider how effectively an author is using said tropes in their writing.

Case in point: The Hunger Games by Suzanne Collins.

I love this book. I always have. Before the hype and blockbuster movie franchise, I was telling everyone I knew to pick up a copy. And yet it borrows from some of the most prominent romantic tropes. In the first book alone, you’ve got the beginnings of a love triangle, childhood best friend romance and instalove. But here’s the thing: these tropes propel The Hunger Games from a good story to a great story.

I know that sounds weird coming from someone who just admitted that they’re not super fond of love triangles — so stay with me as I explain this.

The Hunger Games is operating on a pretty compelling premise: Kids are forced to fight to the death on national television. This is the country’s ‘American Idol.’ The stakes are high from the very beginning of Collins’ book. But the story becomes all the more compelling when she raises the stakes at the end of Act One with this exchange:

“Handsome lad like you. There must be some special girl. Come on, what’s her name?” says Caesar.

Peeta sighs. “Well, there is this one girl. I’ve had a crush on her ever since I can remember. But I’m pretty sure she didn’t know I was alive until the reaping.”

“She have another fellow?” asks Caesar.

“So, here’s what you do. You win, you go home. She can’t turn you down then, eh?” says Caesar encouragingly.

“I don’t think it’s going to work out. Winning … won’t help in my case,” says Peeta.

“Why ever not?” says Caesar, mystified.

Peeta blushes beet red and stammers out. “Because … because … she came here with me.”

Traces of instalove. The beginnings of a love triangle. Yes, before the conversation is over, you know exactly where it’s going. Does it even matter?

Collins uses these tropes to raise the stakes of the entire story. Not only is poor Peeta fighting to the death, but he’s also going to have to kill the girl he loves in order to survive. What’s great about this plot development is that Collins keeps Peeta’s sincerity in the dark through the whole book. Is he acting to get sponsors or was his confession genuine? It’s amazing writing and it’s one of the reasons The Hunger Games continues to be a bestseller all these years later.

Again, the value of literary tropes comes down to how the writer uses them.

In this case, Collins uses her tropes strategically. The love story creates a heavy feeling of suspense when Katniss enters the arena for the first time. Katniss is already faced with the external conflict of surviving. Now she has to grapple with the internal conflict of possibly killing a boy who loves her (and a boy she might love back).

In fact, that may be one of the reasons why the conclusion to Collins’ trilogy gets so much flack. By the end of Mockingjay, the love story doesn’t necessarily add to the overall conflict. In the later books, the love story feels like more of a distraction to the larger issues at hand, whereas in the first book, the love story is integral to the conflict, heightening the suspense.

There’s something else to touch on too. We love it when authors subvert literary tropes. While not YA, it’s worth noting that George R.R. Martin uses tropes and clichés to his advantage by subverting them in A Song of Ice and Fire.

(Spoiler for book one upcoming … but like, who doesn’t know this by now?)

Ned Stark’s ending isn’t shocking simply because it happened. It’s shocking because, in any other story, Ned Stark would have been saved in the knick of time. Subverting a trope means subverting our expectations.

How often is the main character backed into a corner before something or someone comes to the rescue? Audiences can almost always call out faux-danger because we’ve experienced it countless times. It’s a tired convention, placing a character in danger to drum up a sense of suspense, only for the character to make it out with little to no repercussions.

The familiar painting is on the wall for Ned Stark in A Game of Thrones. It’s natural for the audience to expect Ned to make it out of his situation in some magnificent way. That’s what tropes and clichés have trained us to expect. And that’s why we’re shocked when it doesn’t happen. Martin understands this and pulls out the rug from beneath us because of it.

Tropes will always be in literature — they’ll always be part of the literary experience, so we shouldn’t bash on books because tropes exist.

Yes, tropes can be bad, but they’re not inherently bad. When they’re simply tacked on and thrown into the mix, they become clichés — boring and all-around too familiar. And yet in the hands of a skilled writer, tropes can be the secret sauce that transforms an otherwise average story into a compelling piece of writing.